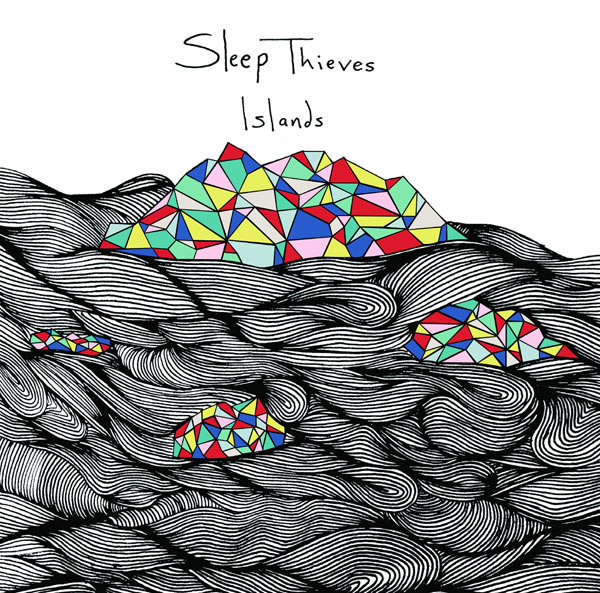 It’s always a pleasure to hear a band move to the next level of their artistry. Sleep Thieves’ newest EP Islands is a big step up for the band in my estimation. The electro-pop of debut album Heart Waves didn’t grab me as much as I would have liked but the refinement on Islands is a big improvement.

The songs are dipped in atmospherics and are all the better for it. The EP’s five tracks are introduced by a brooding synth and vocal refrain on ‘Out Of The Darkness’, a stepping out into the clearing of sorts that indicates the band’s new identity and mood. ‘Oceans’ recalls both Austra and Fever Ray in its gothic synth textures and its pitched down vocals up against Sorcha Brennan’s siren call. The title track is the closest to the band’s old material and shows up just how far they’ve come while ‘Spirit Animal’ reaches for growling warehouse synth jams. The EP was recorded and produced by Sean Corcoran (who is a good friend as it happens and has produced records by Super Extra Bonus Party, Funeral Suits and Le Galaxie recently). Islands is out now from Bandcamp and streamable below. Highly recommended.