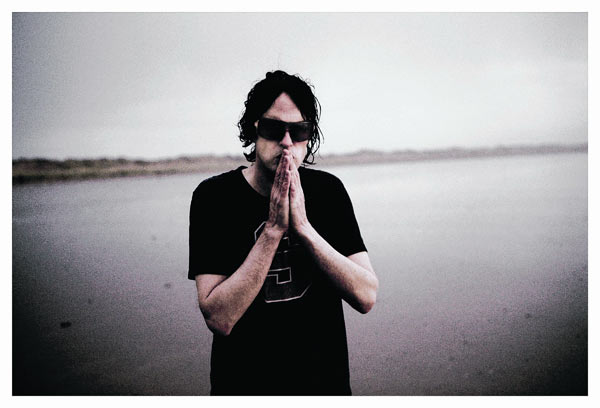 After yet another unfortunate bout of illness in which he battled liver disease, Jason Pierce got himself back on track with a new album Sweet Heart Sweet Light in a classic Spiritualized vein released earlier this year. Having already technically died twice and now in a good place, the album revels in a serene and soulful gospel rock ‘n’ roll songs. Ahead of the band’s Body & Soul appearance next weekend (win tickets), here’s an interview I did with Pierce earlier in the year about his new album…

When did you start writing Sweet Heart Sweet Light ?

Jason Pierce: Two years ago, in London. It was a collection of ideas that I wanted to write in the studio, I wanted to make a rich man’s record. But I didn’t have the money so I figured that I would do it without the big cost of a studio. That would allow me the time. In a studio you have to use every hour, you have to come up with ideas every time you come in, . If you’ve got a studio booked for two weeks, you’re asking yourself to come up with all your ideas during that tim. Ideas don’t work like that. Only in music are you asked to do that. If you’re writing a novel, you write your words down and when you’re finished, that’s it.

When you approach a new album, is there something specific you have in mind for the writing ?

I wanted to make a record that was essentially a pop album, that had a clarity in it, that it wasn’t hiding behind some stylistic fuzz, very clear. I had a handful records like that with me Revolver by the Beatles, Clear Spot by Captain Beefheart, Kill City by Iggy Pop, 69 by CAN, Link Wray albums from the ’70s. These are pop records. I always try to drag back my songs into a more leftfield world and this time I wanted to make it sound like I wasn’t embarassed by them. I realised there’s great pop music that fits into rock’n’roll like ‘Be My Baby’ and ‘Walk On The Wild Side’. I wanted to do an album like these rich bands like The Beatles and Brian Wilson to allow myself time to have that method of working.

What feelings did that process give you ?

I just wanted to chase these beautiful moments in songs like ‘Be My Baby’, Elvis Presley’s ‘If I Can Dream’, or ‘Snowbird’, those kind of feelings … But I don’t know how to do that. I could say I set the bar low because all the pop records that I consider important for me have failed commercially.

I started to think that so much music nowadays is about looking back, people play their classic albums and I know we’ve done it too but i’ll explain that. I find it kind of weird how people say “these were the days”. When we were doing Ladies and Gentlemen live again, I thought to myself, I wanted to make that epic album now, I don’t want to say that what we did great was ten years ago. It seems that all the people I want to compete with are looking back and playing albums from ten years ago.

Things are getting packaged into nostalgia very quickly at the moment …

Music evolves slowly, you can’t suddenly create new music, it’s like trying to invent a new animal, you can’t do it. But you have to be going forward, it seems everywhere I looked everybody was going back. When you were watching one of these bands you had fingers crossed, half of the audience which was saying “please don’t play any new stuff”, we want only the classic albums. I really thought I couldn’t do that, there’s no point carrying on with this. If Ladies And Gentlemen was the peak, I don’t want to continue. I don’t want to make another record, I want to make something essential.

It seems like this whole industry has become about “reliving the day”. I’m afraid that one day people look back at rock’n’roll, a thing that changed my life, and have it be like when you watch those 1920s films with the flapper girls, shaky graphics. I thought it was sad and I didn’t want what I left to become this grainy black and white bit of film. The only way to do something positive about that was to make this record.