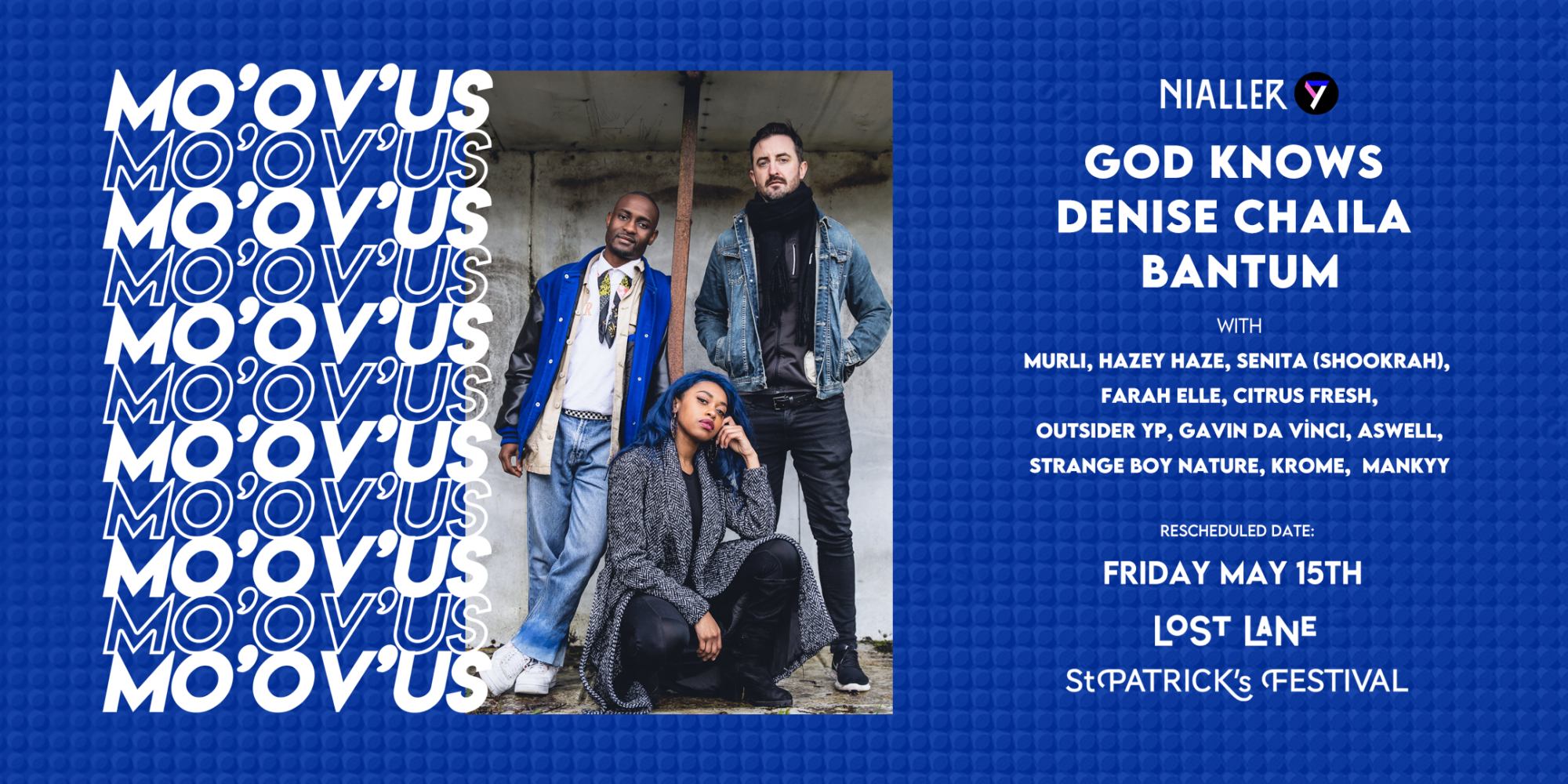 Are you ready for this? 14 of Ireland’s finest rappers, singers and producers are coming together for one night only.

MO’OV’US (moreofus) is a celebration of Irish hip-hop and rap bringing an invasion of acts from across Ireland together on one stage.

I don’t think anyone could have predicted the extent of the impact in early March of COVID-19 on our live music scene.

I originally had to make the decision to move the MO’OV’US gig featuring God Knows, Denise Chaila, Bantum, Hazey Haze & 10 other performers to May and then September but things still aren’t set for hosting a show featuring 14 people performing on a stage together.

Other than the government restrictions, which currently only allow 50 people indoors at an event and socially-distant, we had sold 100  tickets for this event so far and that was going to be even more difficult to put on when you add up the audience, performers, staff and crew numbers on September 12th as envisaged. We looked at putting on multiple shows on the day but it was logistically hard to achieve.

So, we unfortunately had to reschedule this again until March 2021 when we hope we can put on the gig as originally planned. It’ll be a part of St. Patrick’s Festival 2021 then also.

If you’d like a refund, log in to your Eventbrite and request it but we hope you hold on to it and mark Friday March 19th as a date to look forward to when more of us are allowed to gather together.

So the lineup is:

Tickets are just €12 plus fees on sale now from Eventbrite.

Thanks to St. Patrick’s Festival for their support in putting on this show.