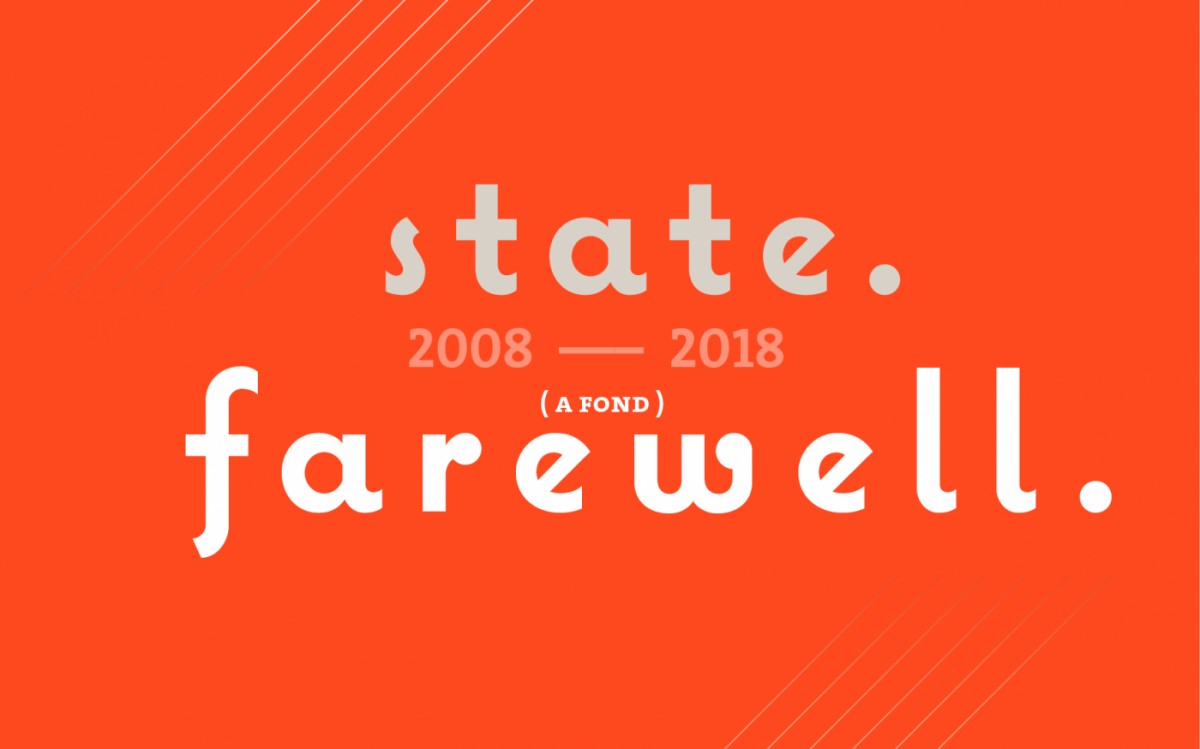 State Magazine announced today that it is closing its website for good after 10 years of publishing music content. State is an operation close to my heart. In late 2007, the founding members of State: Roger Woolman, Phil Udell, Simon Roche and John Walshe brought me onboard as a staff writer and web editor for the magazine and website.

While the magazine ultimately arrived at the wrong time – the start of the recession – in order to gain a foothold in the market, I was given access and opportunity to interview, write features, daily content and help run a magazine. It was invaluable experience and what I learned there I applied back to my writing elsewhere, on this site and for newspapers to follow.

My very first interview in print for State was with none other than Adele. I met her in her room in Brook’s Hotel. It was just the two of us, casually chatting. She was warm, easy-going and applied her makeup while we conversed. Neither of us could have imagined quite where she would have ended up. For the photoshoot outside, it was myself holding up the reflectors, Marcelo Biglia taking pics and Adele Adkins, clearly a star on the rise, but with an unforeseen and rare allure that would take her to the top.

I spoke to some of the most interesting people in music to me for State: Q-Tip (I think he hung up on me twice on purpose), Questlove (as engaging as you’d expect him to be), Steinski, Saul Williams (as articulate as you’d expect), and Gruff Rhys (painfully laconic) among many others. I talked to Conor O’Brien before Villagers really started. I did a roundtable interview with the bassist and drummer of Kings Of Leon in London with six European journalists where one interviewer wasted five of our precious 20 minute interview time by asking the band members about their favourite colour and place in Sweden. So it goes. I learned lots.

The print magazine lasted 10 issues but State’s legacy was forged in the years after. All of its issues are here to peruse.

I set up, ran and coded the website with the magazine designer Simon Roche before the print edition launched. When the magazine finished, the website took over and was a vital part of the Irish music scene for much of the 10 years it existed. I bowed out in late 2012 as I was no longer able to commit to helping run a second website which required daily admin and delegation to a team of 30 people. The State Intervention sets captured on video and the regular State gigs were highlights, but through its State Faces Of in particular, State reasserted itself annually as a tentpole publication for new Irish music, with a fantastic team of photographers and writers who had a keen eye for spotting upcoming talent.

It’s extremely difficult in 2018 to keep an online publication active. Digital advertising is worth little revenue and State stopped playing the hit game a long time ago. It can be a demoralising thing but the people make you want to keep going and State had some of the best around. I met one of my best friends (and one of my best men at my wedding) Alan Reilly there. Art Director Simon Roche is now one-third of Lumo Club with me. There are many others: Loreana Rushe, Elaine Buckley, Hilary White, James Goulden, Richard Gilligan, Tanya Sweeney, James Hendicott, Sean Conroy, Sinead Gleeson, JJ Worrall, Bobby Aherne, Conor McCaffrey, Niall Crumlish and Darragh McCausland among them. State has ceased but its people go on. Here’s to the State of you. To something new.

An Seisiún is a new radio series where musicians come together to write songs in Irish featuring Inni-K, Daithí, Colm Mac Con Iomaire and more