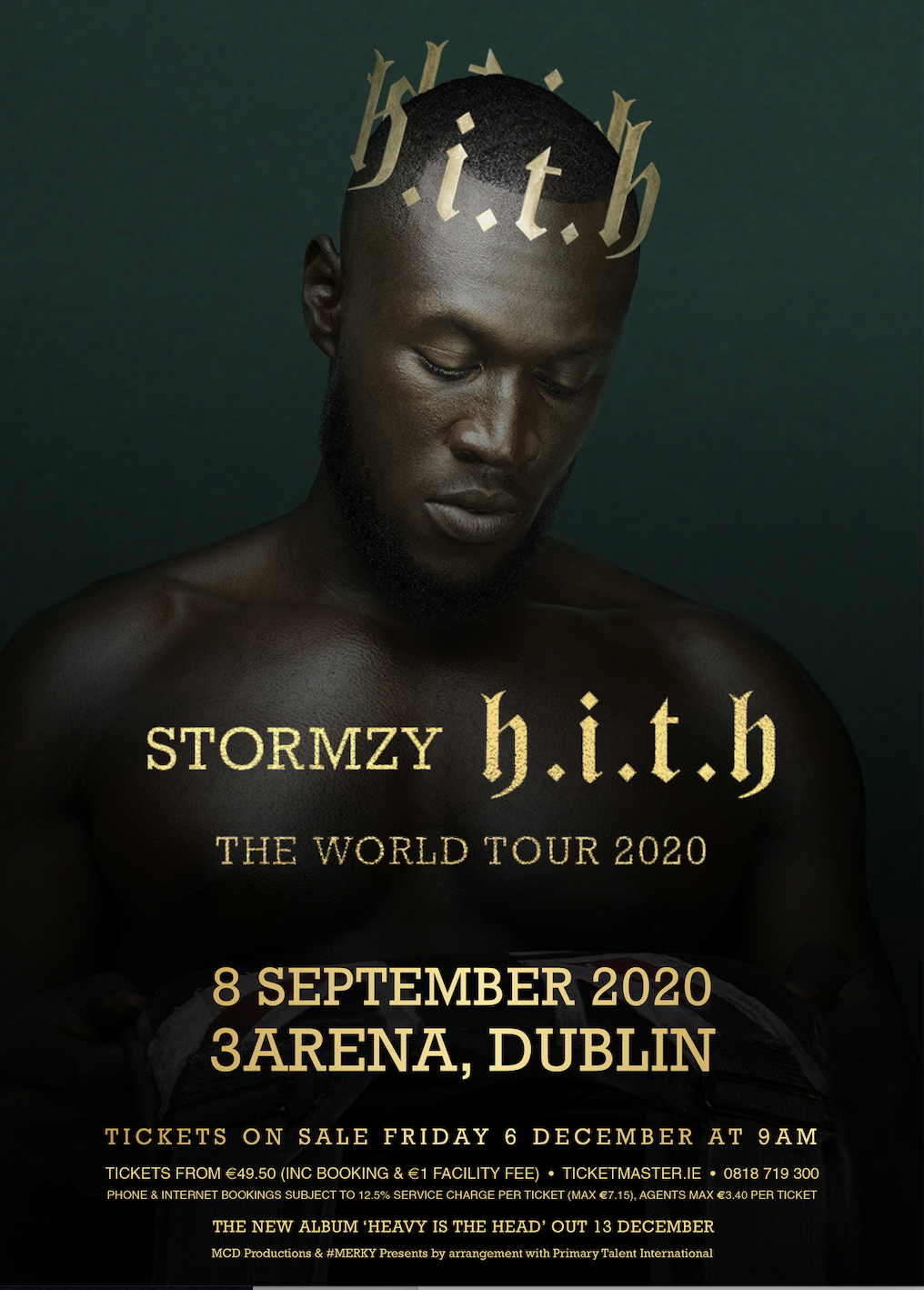 16 gigs to see in Cork this weekend

Set to release Heavy Is The Head on December 13th, Stormzy has just announced a 55-date H.I.T.H. World Tour for next year all across the world.

It kicks off in Dubai on February 7th and closes in Lagos, Nigeria in October.

The Irish gig takes place in Dublin’s 3Arena on September 8th and tickets are €49.50 plus fees on sale from Ticketmaster on Friday December 6th. Full dates  below.

Pre-orders for the album through Stormzy’s official store gives early access to tickets on pre-sale.

Stormzy – ‘Heavy Is The Head’ // Track-listing