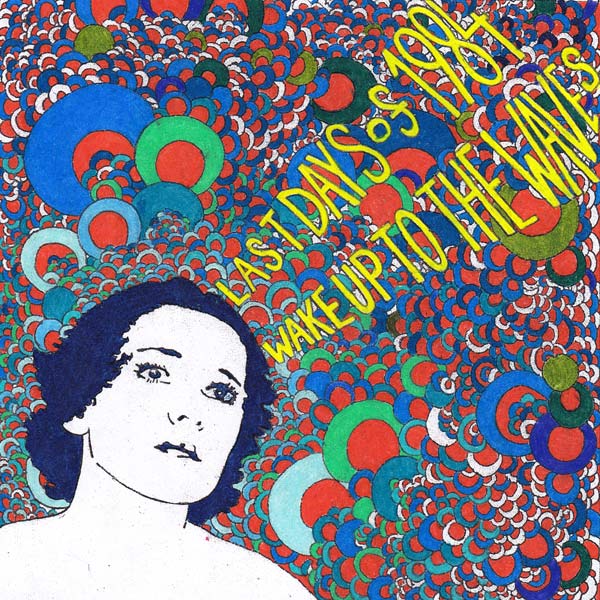 When Darren Moloney and Brian Rice debuted their Last Days Of 1984 project with ‘River’s Edge’ and ‘Woods’ last year, comparisons were easily made to Animal Collective’s sunny side up psychedelia that they mastered on Merriweather Post Pavilion. Indeed, the duo invited comparisons to dance music that conjured up golden sand and rays with their self-description of their music as “beach house”.

After a year of live shows in which we got to hear the other songs in their collection and now, the debut album Wake Up To The Waves, the sound of trippy reverbed harmony-led dance music swirling in and over the tracks is all over on the seven-track LP. But that’s not the full story. In conversations with Moloney in particular, he’s revealed to be a seeker of foreign sounds, particularly of African origin and there’s a lovely streak of the music that has appeared on independent compilations and blogs from that continent, particularly in the swing of guitar rhythms and the percussive afro-beat strikes (‘Wave Life’ is a good example of this). Elsewhere, tropical influences from the steel pans to tribal drum hits recall Tanlines, another duo who are synthesis of global sounds and dance music.

Wake Up To The Waves is released on Osaka Records on white vinyl and CD with a launch on Friday May 4th in Dublin’s The Workman’s Club with support from Logikparty and The Last Sound.