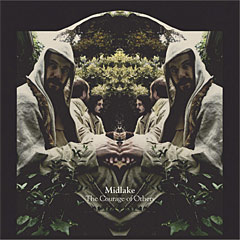 Texas’ Midlake released a limited 500-run 12″ this week. Serving as a double-taster of their forthcoming third album The Courage Of Others (out February 1st) and a teaser of what to expect from their Valentine’s Night gig in Vicar Street, The Acts of Man EP showcases their traditional folk rock revivalist tendencies while still managing to sound separate from the past.

The Courage Of Others is being called darker and more eerie and more inspired by “British folk scene of the late ’60s” than Fleetwood Mac vibe of The Trails of Van Occupanther. You’re going to be hearing much more of Midlake in 2010.

Listen the two tracks below:

If you want a copy of this you can get it from Piccadilly Records, Norman Records, Rough Trade, Action Records and Record Store.co.uk.

Video: The Drums – I Felt Stupid