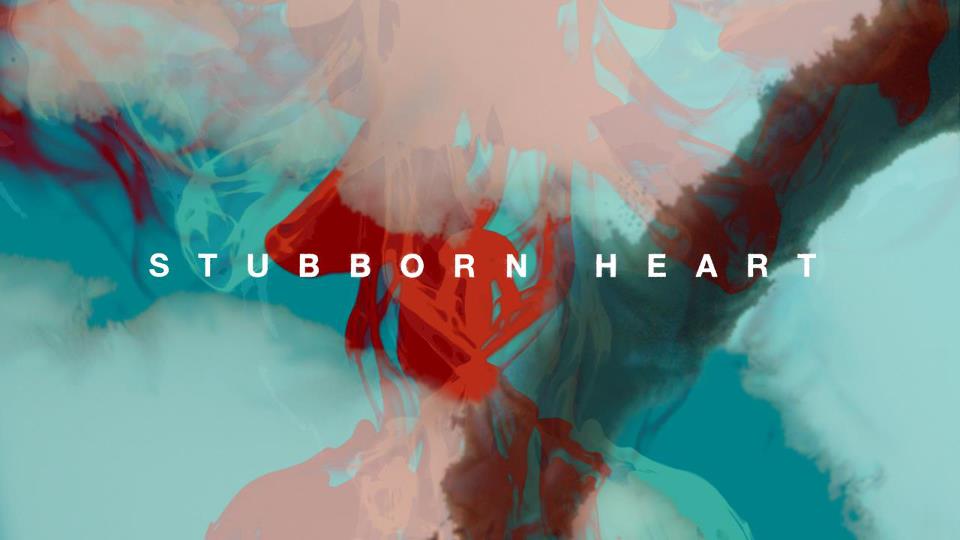 The debut album from London/Oxford duo Luca Santucci & Ben Fitzgerald aka Stubborn Heart exists somewhere between the descriptors: electronic, post-dubstep, R&B and soul. Its ripe plundering of sounds of each subgenre into its own idiosyncratic gel recalls frequently, the electronic soundscape explorations of experimental juggernauts Massive Attack.

Over the course of the album’s 10 songs, there are enough of the kind of sonic touches that crop up on Massive Attack’s latter discography (Mezzanine on). It’s an incorrigible comparison but it suggests the kind of palette we’re dealing with here.

‘Penetrate’ is slow and pulsating, echo-filled and downbeat. Beats and bass are matched with Luca Santucci’s quivering vocals on ‘Better Than This’. The post-dub of ‘Two Times A Maybe’ has those dystopian strains of their Bristol luminaries as does the growling, flailing synth line on ‘Head On’.

‘Interpol’ recalls the gritty spatial tones of Kode9 and Spaceape while ‘Blow’ has gentle two-step ambient influences and ‘Starting Block’ is a zeitgeist-fitting percussive electronic production. A gentle yearning falsetto and a shakey rainstick beat leads the charge on ‘Need Someone’, the single best track.

Santucci’s voice has a soulful range, at times, unabashedly heart on sleeve (a cover of Reuben Bell & The Casanovas soul 45 ‘It’s Not That Easy’) but most of the time there’s a heavy-hearted melancholy to his voice. It’s similar to When Saints Go Machine’s Nikolaj Manuel Vonsild in its almost classical timbre.

There’s no daylight here; shadows and darkness are illuminated by soulful vocals creating flickers of light but the blackness hangs over this like a thick coat. It’s not a depressing record, just an atmospheric mood-driven one, suitable for dark winter nights.

Stubborn Heart LP out now on One Little Indian. Listen below.

Also on: Soundcloud or Spotify.