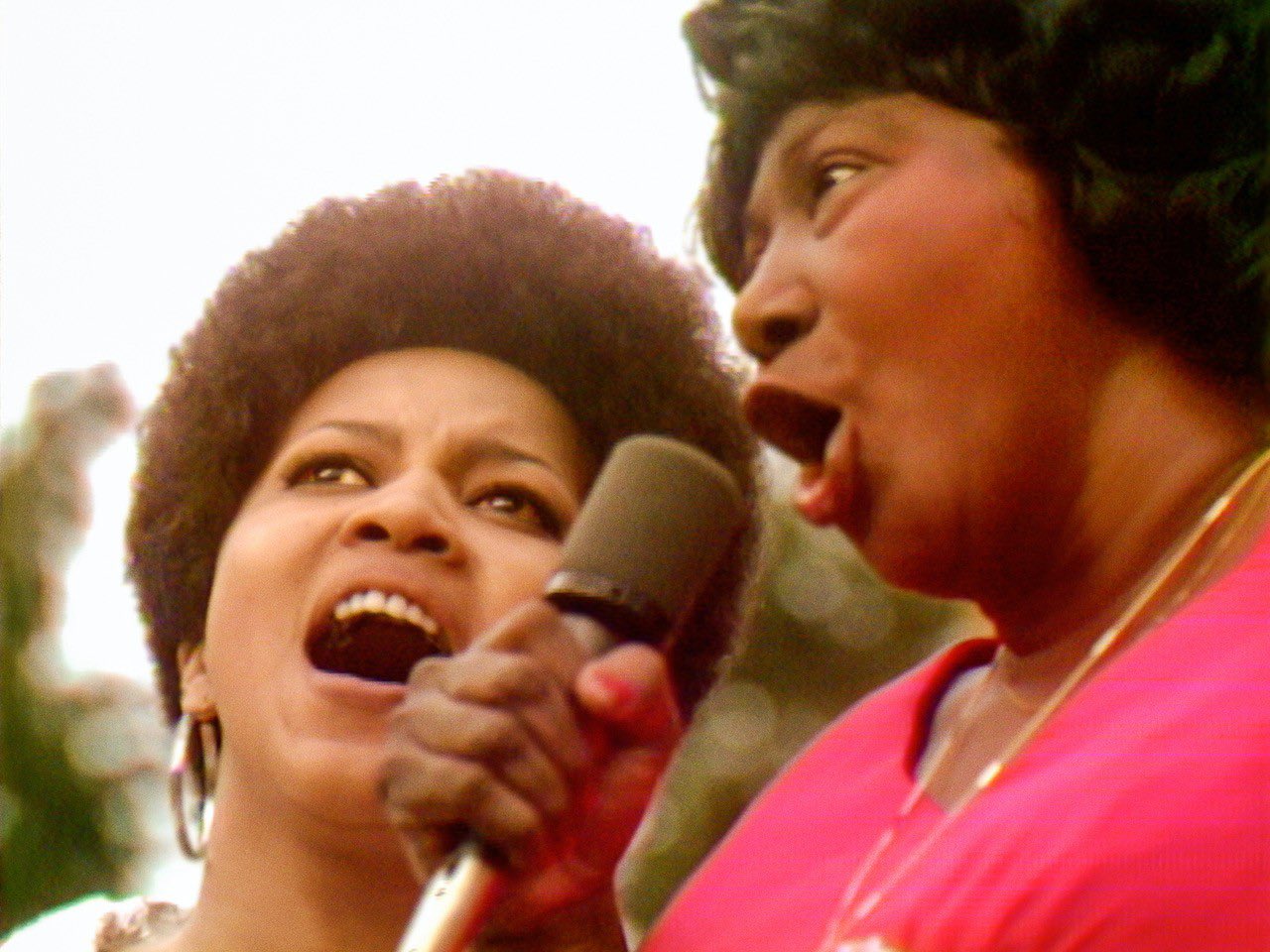 History is written by those with the power and means to imprint those experiences onto those who follow.

In August of 1969, The Woodstock Music & Art Fair became one of the most ubiquitous touchstones of modern live music history, as 400,000 people went to upstate New York for a wild week of countercultural hippie reckoning, with music from Jimi Hendrix, Grateful Dead, Janis Joplin, Creedence Clearwater Revival, Sly and the Family Stone, The Band and Jefferson Airplane among them.

“If you remember Woodstock, you weren’t there,” is the oft-touted cliché. But, Woodstock, a documentary film released the next year, meant you didn’t have to.

100 miles down the road, in Harlem in New York City, a different cultural event was occurring. The Harlem Cultural Festival was a series of concerts that took place for free in Morris Park (now Marcus Garvey Park) with performers Nina Simone, Stevie Wonder, B. B. King, Hugh Masekela, David Ruffin, Gladys Knight and the Pips, Sly and the Family Stone, the 5th Dimension, Mahalia Jackson and the Staples Singers.

The Harlem Cultural Festival was no less seismic for the attendees that summer than Woodstock, but with its audience of largely Black and Hispanic people, its impact was barely felt beyond Harlem.

Like Woodstock, the festival was also recorded for posterity, but never saw the light of day. The Harlem Cultural Festival’s programme of black performers were deemed not interesting enough, or white enough, by the powers that be to broadcast to a wider audience.

Even an attempt to compare both events in the sell, by calling the The Harlem Cultural Festival the “Black Woodstock” didn’t convince any TV or film company to show it.

So, 40 hours of beautiful technicolour footage, lit by the rays of the sun, with impeccable sound remained in the basement of producer Hal Tulchin’s for 50 years, until Ahmir Thompson aka The Roots’ Questlove was approached by producers who had acquired the film to make something of it.

The drummer, DJ and music documentarian turned it into a feature length film, Summer of Soul (…Or, When the Revolution Could Not Be Televised), which is one of the most edifying live music concert films in recent years.

Questlove’s film gives the festival a seat at the table of music history through its performances, the recollections of its audience and its musicians.

By capturing so much footage of the acts on stage, and the dancers in the crowd, Summer Of Soul is a true documentary of that time and contextual to the experience of black New Yorkers, as the 1969 festival (the festival was actually six Sundays of performances from June 29th to August 24th, which the film wisely, only briefly mentions) comes little more than a year after the assassination of Martin Luther King Jr. , which lead to civil unrest and looting in the streets.

The NYPD initially declined to do security at Morris Park. The Black Panthers stepped in for the first few weeks, but they initially relented, and footage of white policemen at the front of the crowd can be seen throughout the film, while an array of black and Hispanic audience members show off their dance moves to the varied genre festival.

Blues, rock, psychedelia, jazz, salsa, R&B, gospel and comedy are all on show, but as the film’s title proposes, there is a powerful soul to the memorable performances, such that trying to pick one favourite is like spinning the wheel of fortune, and memory.

Might it be a 19 year-old Stevie Wonder jamming out a frentic keyboard solo on ‘Shoo-Be-Doo-Be-Doo-Da Day’? Is it the magnetic Nina Simone singing to the black experience like few others on ‘Young, Gifted and Black’? Could it be the Motown soul of Gladys Knight and the Pips shuffling their way through ‘I Heard It Through The Grapevine?’ Maybe, the powerhouse gospel duet of Mahalia Jackson and Mavis Staples finding new wells of depth to channel on ‘Take My Hand Precious Lord? Or David Ruffin post-Temptations hitting a heavenly falsetto on ‘My Girl’? How could I leave out Sly and the Family Stone’s cool-dripping performance of ‘Everyday People’?

The latter band may have been the only band who Woodstock shared a bill with, but their radical appearance at The Harlem Cultural Festival is contextualised by audience members interviewed for the film.

Not only did the band have a white drummer, and a woman playing trumpet (the latter was unheard of at the time for any act, black or otherwise), but Sly and the band eschewed the suit and tie uniform of the day in favour of velveteen psychedelic outfits.

“Seeing a black woman play a trumpet, made me feel great,” one woman concertgoer says in voiceover.

As audience goer Darryl Lewis says of the impression they had on his group of friends – “Then we saw Sly, and we were no longer suit and tie guys.”

That commentary aspect between the film, performers and audience members lends an extra nostalgic emotional weight to the film. As felt when a teary-eyed Billy Davis Jr. and Marilyn McCoo of The 5th Dimension watch back the footage of their performance medley and sizeable hit ‘Aquarius/Let the Sunshine In’ (as parodied lovingly in the Steve Carrell 2005 film The 40-Year-Old Virgin) and you can feel their joy.

Quite how 50,000 a night were able to assemble for a free concerts in Harlem is also addressed, with the enigmatic promoter and entertainer Tony Lawrence hustling (“a hustler, in the best sense”, a talking head clarifies) to make it happen, convincing performers to play by dropping names of confirmed acts that weren’t close to being confirmed.

That the filmmakers couldn’t contact Lawrence for his input is one of the only disappointments of the film. Apparently alive somewhere in the world, his input would have been appreciated, not least for a comment on the impressive array of sartorial attire he displayed throughout the festival, or the presence of John V. Lindsay, the mayor of New York at the time, who appears on stage at one point, to give the festival his blessing.

If Woodstock was the defining cultural event of that American summer, The Harlem Cultural Festival may as well taken place on the moon.

On July 20th 1969, Neil Armstrong and Buzz Aldrin landed on the actual moon, and the contrast between the importance of that event to the rest of the world, and the black attendees of this festival couldn’t be more stark.

As Stevie Wonder, David Ruffin, Gladys Knight played on stage that very same day, on-location news footage of the day perfectly encapsulates the audience’s nonchalance at the Moon Landing, who cast it as irrelevant, who say it pales in comparison to what is happening on stage that day, and who see through the economic fallacy of the patriotic space race and point out how that money could have been better spent on the poor people of Harlem, as an example.

50 years later, Questlove’s uplifting film gives those in the audience a voice, puts those performers in the spotlight and is a sparkling soulful document of an alternative history of the summer of 1969 that rescues these nearly-lost experiences from the bargain basement, wipes off the dust and rewrites music history.

Summer Of Soul is currently in Irish cinemas, as well as showing on Disney+.