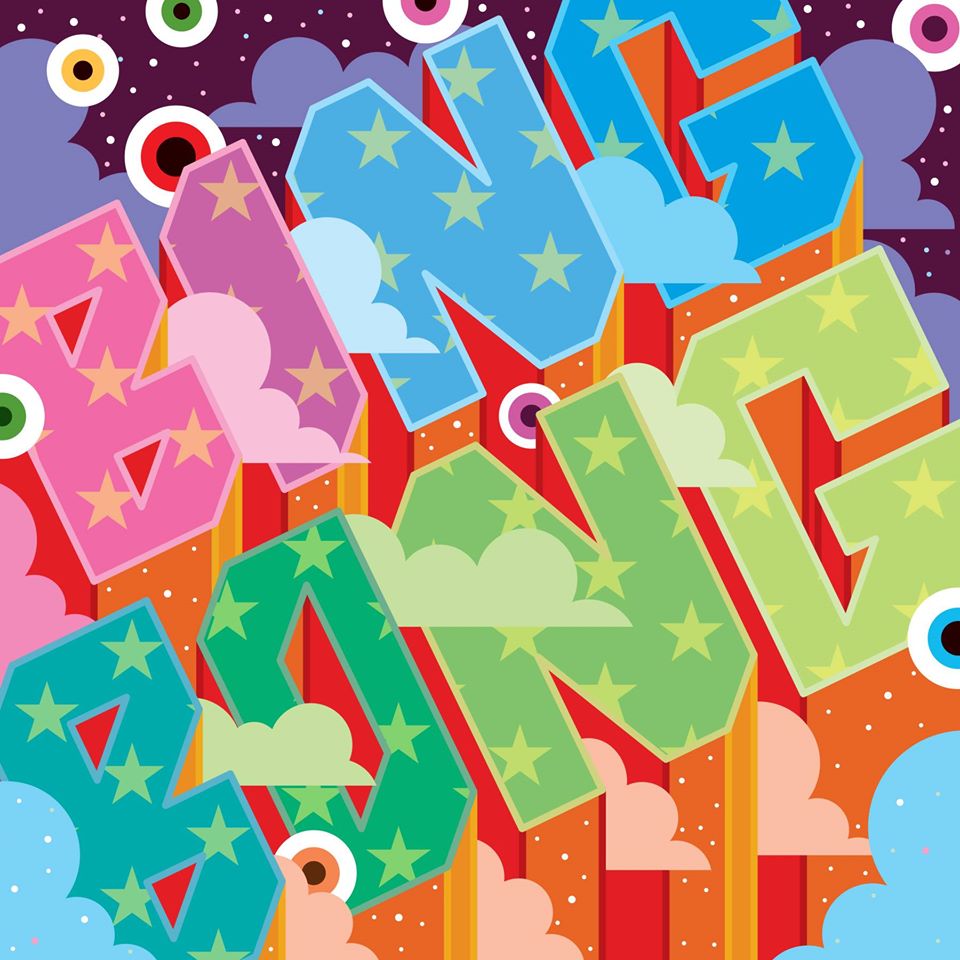 After last year’s reunion shows, the Super Furries will be playing a US tour and festivals like Electric Picnic later this year, so, when a band is active again you know what can happen… they have now shared a sprightly new song called ‘Bing Bong’, a song originally written for the 2004 Euros in Portugal.

“Bing Bong is a Welsh folk idiom that we have appropriated, but its pronunciation has been partly inspired by the sonic motif of the talking robot, Twiki, in the 1979-81 sci-fi series ‘Buck Rodgers in the 25th Century’. Into the studio we went, with wagging tails to record what is a rite of passage to many a band: the football cup song.”

The band were moved to finish the song by the success of the Welsh team qualifying for this year’s competition.

It’s a well-titled, bouncy jaunty theme-song  style track and the artwork is by the band’s long time collaborator Pete Fowler.

The Manics also wrote a song for the Welsh theme.

Oh! Glowing Moon
Oh! Moon of beauty
You peak every month
But I’m constantly peaking.
From Môn to Monmouth
To Abercraf
From Fflint to Penfro
From the Gwyrfai to the Taff
The ball’s like a pixel
In a game of Pong
Noise comes from our screens;
‘Bing’ and then ‘Bong’
And so significant
Is our cry
That no computer
Can control our flow
(Artwork by Pete Fowler, The track is available from Friday 13th May: superfurry.com)