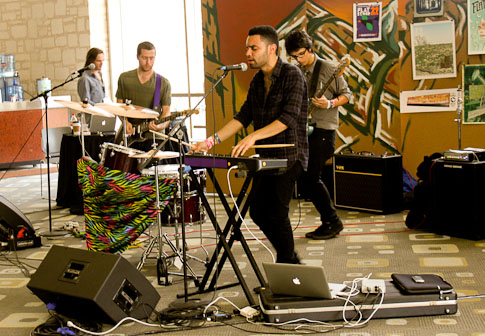 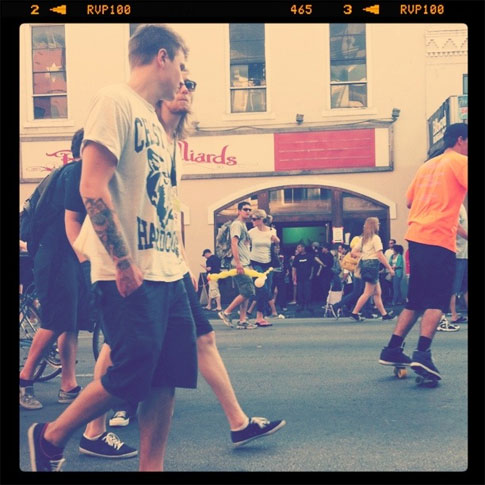 Here’s a roundup of all the other bands and artists worth writing about I caught at SXSW.

But first.. one of the benefits of attending SXSW is the stuff you get to check out afterwards after word of mouth recommendations.

While wandering around the ginormous space that is the Austin Convention Center, I bumped into Millionyoung playing a show at a gear expo. Well in the foyer beside a Starbucks. It’s was a pretty weird experience but the three-piece managed to pull it off in the end with a reverb-heavy engaging set. The Good Natured followed them in the same place.

My last band at the festival were probably one of my favourites. Anyone familiar with Clock Opera’s epic and rising tracks thus far will be sated by just how tight the band were live. In fact these edifying, accomplished and brilliant songs like ‘Belongings’, ‘One And For All’ and ‘A Piece Of String’ are pretty joyous in a festival-defining kind of way.
Belongings by moshi moshi music


The Dodos @ Mess With Texas 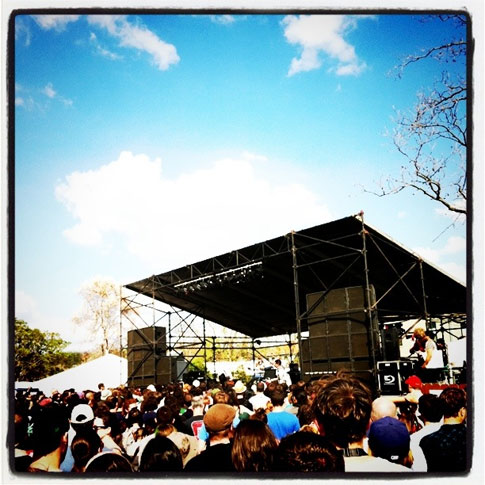 The Dodos are one of those bands whose tunes just brighten up any situation. They make you want to sing along and nod your head to their primal beats. In a field in the sunshine, with cold beers in hand, even more so. Their new album is their best release since Visiter, they’ve got that same rush of energy back.

I kept hearing this name. “Delicate Steve”. I heard it in passing. I heard it in a queue for a hotdog. I still had no idea whether it was some bearded long forgotten folk singer or some crusty bluesy gentleman. Turns out is was neither. As luck would have it I wandered into Lipstick 24 looking for a toilet and heard: “Hey, we’re Delicate Steve from New Jersey. Thanks for sticking around for us. This is our last song.” Then the band played played this weird and wonderful tune and I was glad I had a bladder:

Will Wiesenfeld was everywhere at SXSW. He seemed to be playing a show at least every four to five hours. If you love Cerulean you’ll love his live show: one dude crooning over skittering beats like so:

The jury is out on this one. Solo trance / dance pop from Claire Boucher of Montreal was equal measures gloopy new age and ethereal pop. Boucher’s voice is of the cute and high-pitched variety and that may annoy some. File under one to watch.
Grimes – Caladan by Arbutus Records

If the jury disagrees with me on this then we can take them out the back and shoot them. Or better yet, make them listen to Prince Rama’s hippy anti-pop (anti in the truest sense of the word) forever. It’s as annoying as it sounds: tribal drums, Indian mystical melodies, and a woman Hindu dancer. It didn’t awaken my spirits, it just left me sleepy and tired.

I caught Braids at the wrong time in truth. On the last night, the buzz of the festival was close to ending so standing around to atmospheric music wasn’t really an option. That said, Braids’ hypnotic slow jam pop was rather lovely in an Animal Collective Feels era sort of way. Lead singer Raphaelle Standell-Preston also impressed.

I took the opportunity to see Austra again. I was dying to see them once more. They were brilliant. Katie Stelmanis’ hand gestures will be her signature.