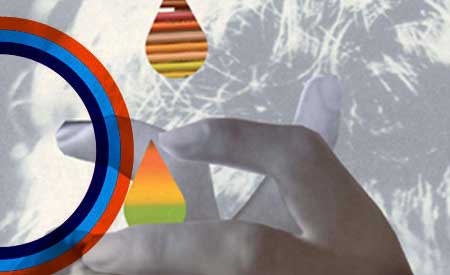 I realized that Fujiya and Miyagi were from not Japan when I heard the lyrics to the first song – “Like pixelated scraps of jazz mags in your head lights“. It turns out they are from Brighton. It doesn’t matter.Their music is a delightful mix of bass and synth lead pop songs with some soft whispery vocals. The production reminds me a lot of Peter Bjorn and John’s latest album for some reason, kind of warm and inviting (except better). Their album Transparent Things gathers previously limited 10″ vinyls together on one release. I highly recommend it. It turns out they are supporting The Fall in the Village on Saturday 7th October. I don’t like the Fall at all but I’d be interested in seeing these guys.They also have a remixes album featuring re-workings from the likes of Two Lone Swordsmen, Cristian Vogel, Cassetteboy and Wevie Stonder (Nice..) which looks like it could also be worth a look.

Out this week on Warp, Broadcast’s The Future Crayon is another collection of previously released material, mainly B-sides and rarities taken from 2000 – 2003. If you like any Broadcast albums, you’ll like this. It’s not as tight as last years Tender Buttons but it has plenty of engaging songs contained within that it’s definitely worth a listen. Broadcast have also teamed up with labelmate Clark to record a song in anticipation of Clark’s new album Body Riddle. You can pick up the song and three other downloads on Clark’s website.

Broadcast – Where Youth and Laughter Go