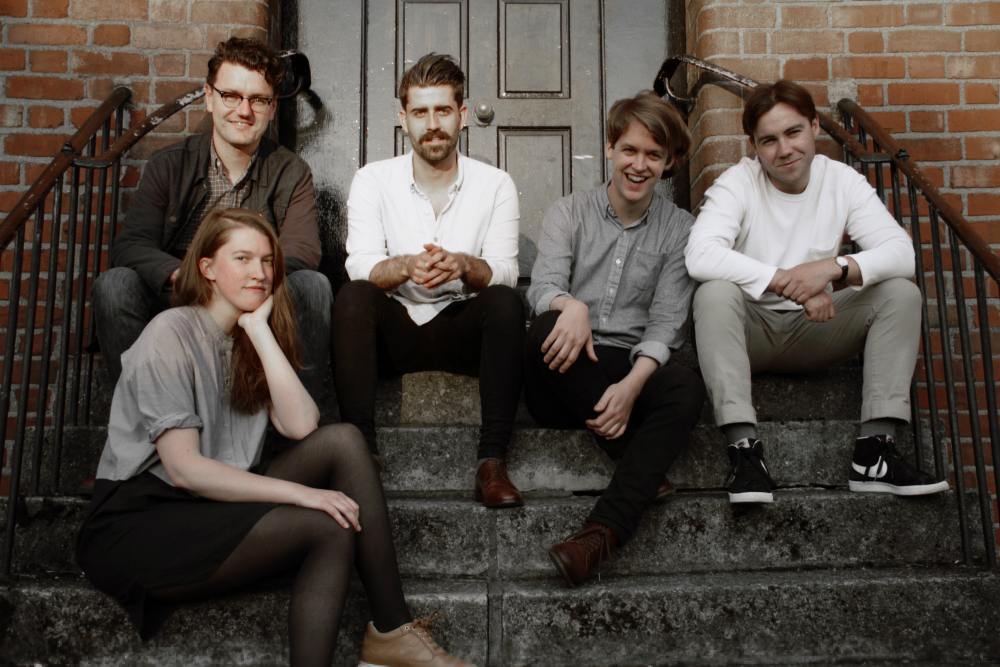 Tandem Felix have released their long-awaited debut album, Rom-Com. This is their first release since 2017’s ’Were You There (When They Crucified The Birthday Boy)?’ Choice Music Prize-nominated single and their first body of music since their 2015 EP Comma.

Rom-Com is a breezy album filled with hazy, psych stained alt-country anthems. Tandem Felix never rush to get where they are going, confidently assertive in the mellow comfort that pervades each laidback chorus and effervescent melody. Even Rom-Com‘s heavier moments like on single “Oil Money” are treated with an endearing slacker attitude. It’s a wonderfully cohesive collection that serves as an antidote to darkening evenings and the daily grind.

“I always viewed the idea of doing a full-length album on a pedestal, never feeling that I was truly ready to embark on a project like this” says chief songwriter David Tapley. “In a strange twist of fate, we ended up recording two albums worth of material so we were able to pare away at the material until what we had left was a cohesive piece of work. Maybe that is why it took as long as it did.”

The album, recorded in Dublin’s Liberties, in Lamplight Recording Studios with engineer Stephen Dunne, features the 1984 illustration ‘Untitled’ by French surrealist Guy Billout as its artwork and is now available on all streaming platforms as well as on 12-inch vinyl.

In support of the release, Tandem Felix will be playing at Bello Bar on Thursday, November 21. Tickets cost €13.50+ and are now available on Ticketmaster.