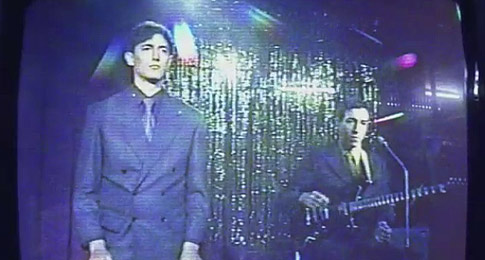 Julian Barratt of The Mighty Boosh teams up with Adult Swim for the a music video from Tanlines‘ new album Mixed Emotions. While my internal jury is still very much out on the album (sounding like The Killers early demo is not a good look), Tanlines’ live show is heavy on the tropical dance pop they’re oh so good at. Also, very funny guys as their Twitter suggests and as I found out on Friday at SXSW. “Bagels” is the world’s greatest soundcheck phrase.

A Behind the Scenes video is for watching here.