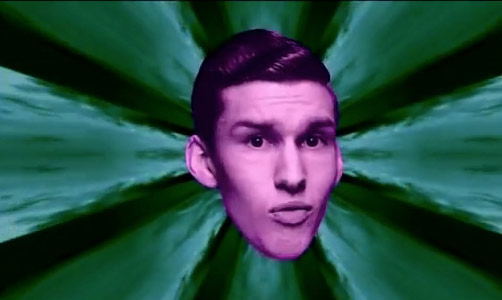 With the release of Simon Reynolds’ recent book Retromania, there’s been a lot of talk about whether artists are plundering from the past to make a new present. Because we are creatively and culturally bankrupt, does that mean there’s nothing else to do but recycle what we has gone before? Are we happier copying, retweeting or reblogging than they are creating original thoughts ourselves?

Reynolds’ recent Spin magazine article on Lana Del Rey touched on similar themes but ultimately decided that LDR’s artistry was a successful seduction of diverse sources as she took references from ’50s and ’60s culture and combined them with a moll-doll aesthetic before setting that to booming hip-hop like beats. Therefore to paraphrase Spin’s current issue tagline “raiding the past to dream the future.”

Willy Moon‘s music isn’t quite as expertly woven as LDR which may cause him problems in future but for now, I willing to give him the benefit of the doubt.

His references are very specific, ’50s vocals combined with rap references and a big pop thrill is the result. On ‘Yeah Yeah’, Moon uses the hook of ‘Wu-Tang Ain’t Nuthing Ta Fuck Wit’, turntable cuts and breaks and by emphasising these characteristics over the ’50s references, the song is his most successful to date. Sure, there the sources aren’t imprints, they’re easy to see. Future releases will tell us whether Moon manages to mix the sources together to produce something all his own.

Willy Moon plays Nialler9 vs On The Record’s night at Camden Crawl London alongside Charli XCX, Cymbals and Disclosure on Sunday May 6th in The Monarch.