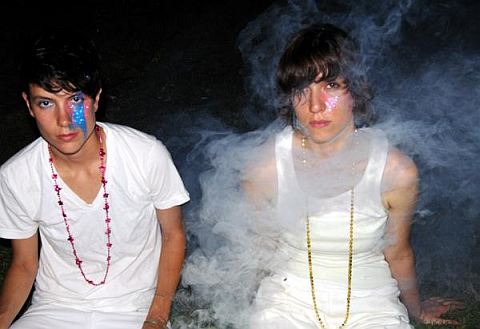 Another really cool Rutledge remix, this time of hotly tipped Brooklyn band, Telepathe (Check out their Chrome’s On It EP). Rutledge did that nice Kills remix from a while back and get on to his myspace for more original stuff. A Radiohead remix is coming soon. More info about Rutledge’s work as Pedro after the jump.

James Rutledge is a young music producer who lives in London. In the past he has released music on Domino, Melodic, Moshi Moshi, Warp and Wichita and has worked with artists like Dangermouse, Four Tet, Kevin Shields, The Pastels and Prefuse 73. 2007/ 2008 saw the release of his new Pedro album “You, Me & Everyone” with US label Mush plus a load of remix and production work for bands like Bracken, Bloc Party, DNTEL/ Grizzly Bear, Late Of The Pier, Radiohead etc…