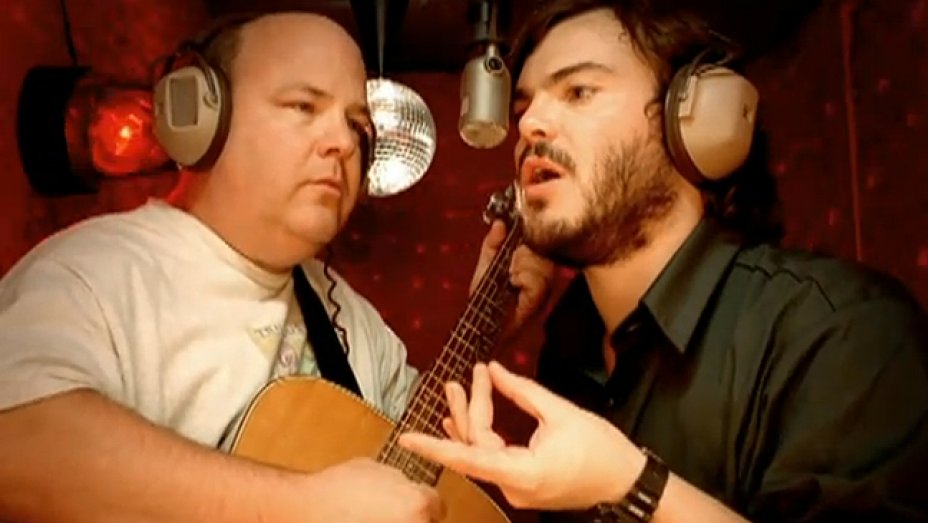 Jack Black & Kyle Gas’s music under Tenacious D has aged surprisingly well considering it was originally enjoyed largely by adolescents who spent much of their time watching montage clips of skate fails while getting stoned.

There’s more than a few gags that are a bit cringe-inducing (the erection push up thing from the movie comes to mind), but Tenacious D has always been well-intentioned satire, so let’s not get overly snooty about it. Also, Kyle Gass is definitely a talented guitar player and he, together with Black, have managed to write songs which resonated with audiences around the world.

Their biggest song ‘Tribute’ is still huge, forever making the rounds in karaoke and singsongs.

The band have today announced a European ‘Post-Apocalypto’ tour, which includes a Dublin date. The tour is in conjunction with an animated film by the same name which the band released in November of last year.

Tickets, at €49+, go on sale this Friday through the Ticketmaster site.