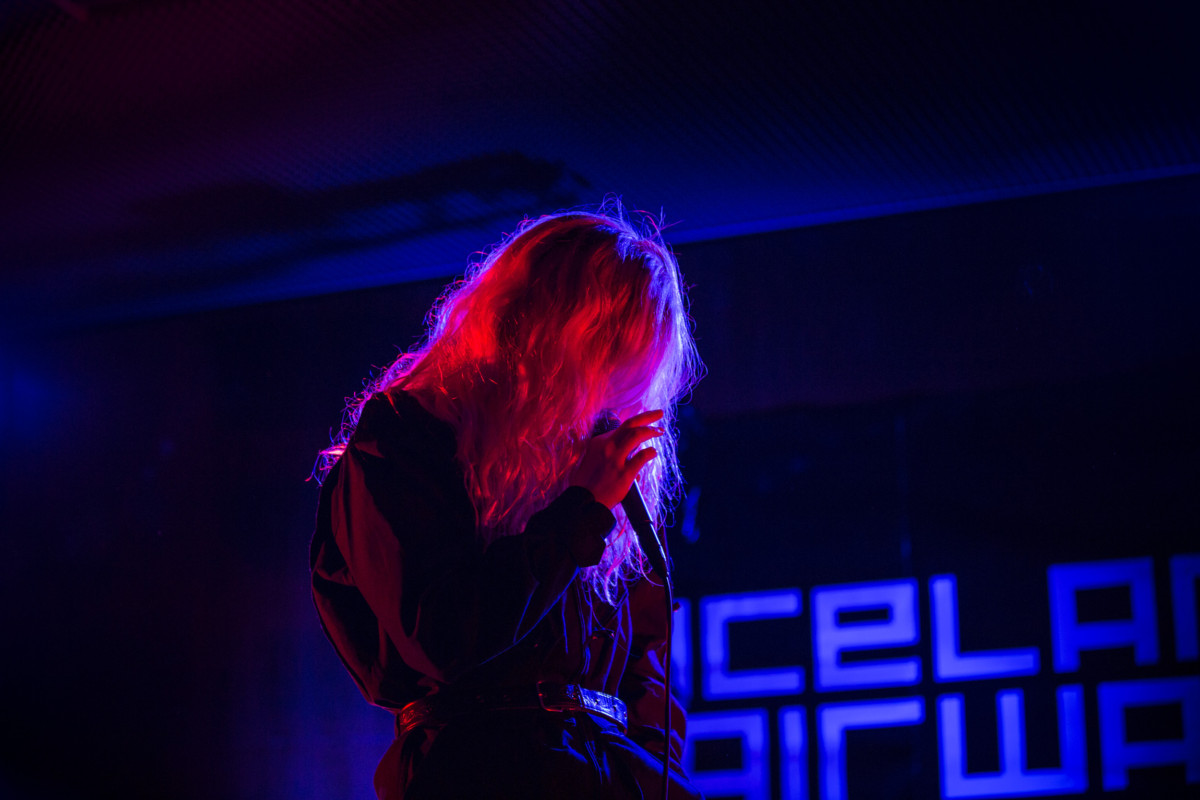 Iceland Airwaves, that must-experience winter festival in the world’s most northerly capital had its twentieth iteration this November. What began with Sigur Ros in an airport hangar has turned into a word-of-mouth essential experience for the serial festival-goer who likes to combine a fascinating location, with the chance to duck in and out of Reykjavik’s myriad small, cosy venues and catch acts like Haim, The Shins and Hot Chip early in their ascension, with just a few hundred other souls present. We last visited in 2015.

After a number of years of big tent-pole acts in the Harpa concert hall’s large rooms, new management have brought it back to the smaller venues and just-beginning-to-spark acts from Europe and North America mostly. Added to this is an increased percentage of local acts – all from an extremely healthy national scene, who are still trying to break out like Bjork, Sigur Ros and Gus Gus before them. The festival have also enforced a 50/50 gender balance with the acts, which was a great move and must have opened the way for a number of the smaller female-lead acts playing. 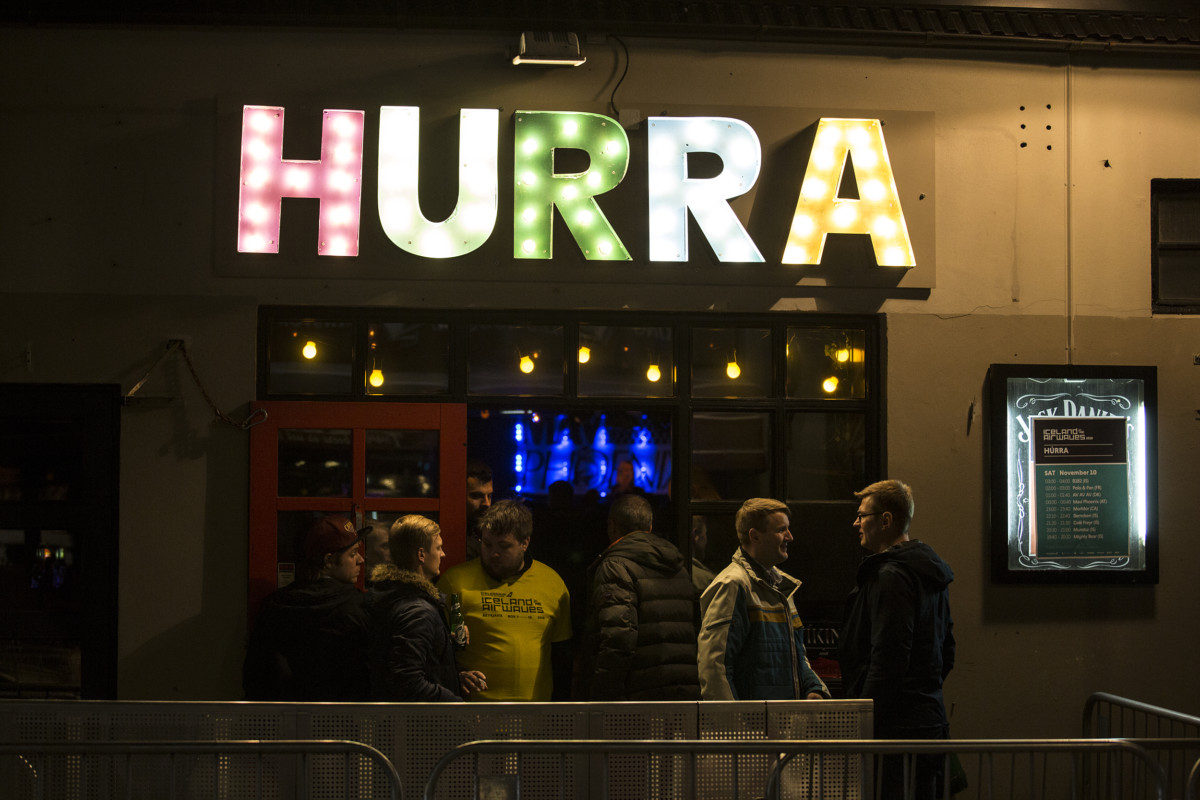 So much happens over the four days of the festival that it’s a FOMO nightmare, but if you can be happy with your own path the pleasures are many. In our days of ducking in and out of the warm dive bar/clubs and the mini-majestic stages of the slightly larger spaces, these were our favourite gigs and discoveries of the week.

A dark neon-lit electro pop band, these Reykjavik locals easily had the most captivating atmosphere, working the set up to a peak in their short 30 minutes. Two clear-masked instrumentalists bracketed the obscured-by-hair vocalist. Their set had layers of texture, and was cinematic in scope. And you could stare at the inner-lit drumsticks for hours. 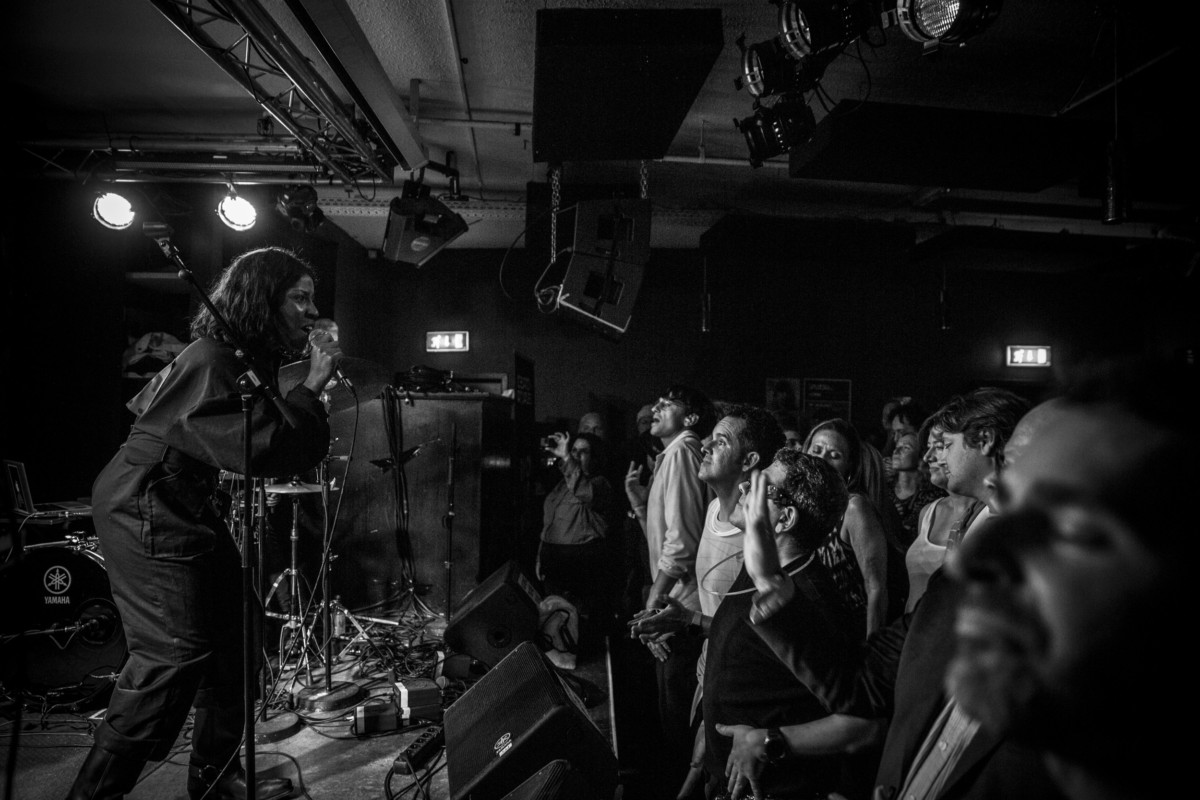 We needed something special on Friday night and stepping up perfectly was WWWater AKA Charlotte Adigèry from Belguim. Joined by Bolis Pupil and Steve Slingeneyer, it was a tight electro set with a lot more soul and warmth than she brings to her recorded tracks. As the Hurra venue packed out, it all ascended to a party – lead by her infectious mood and fun, brash confidence. 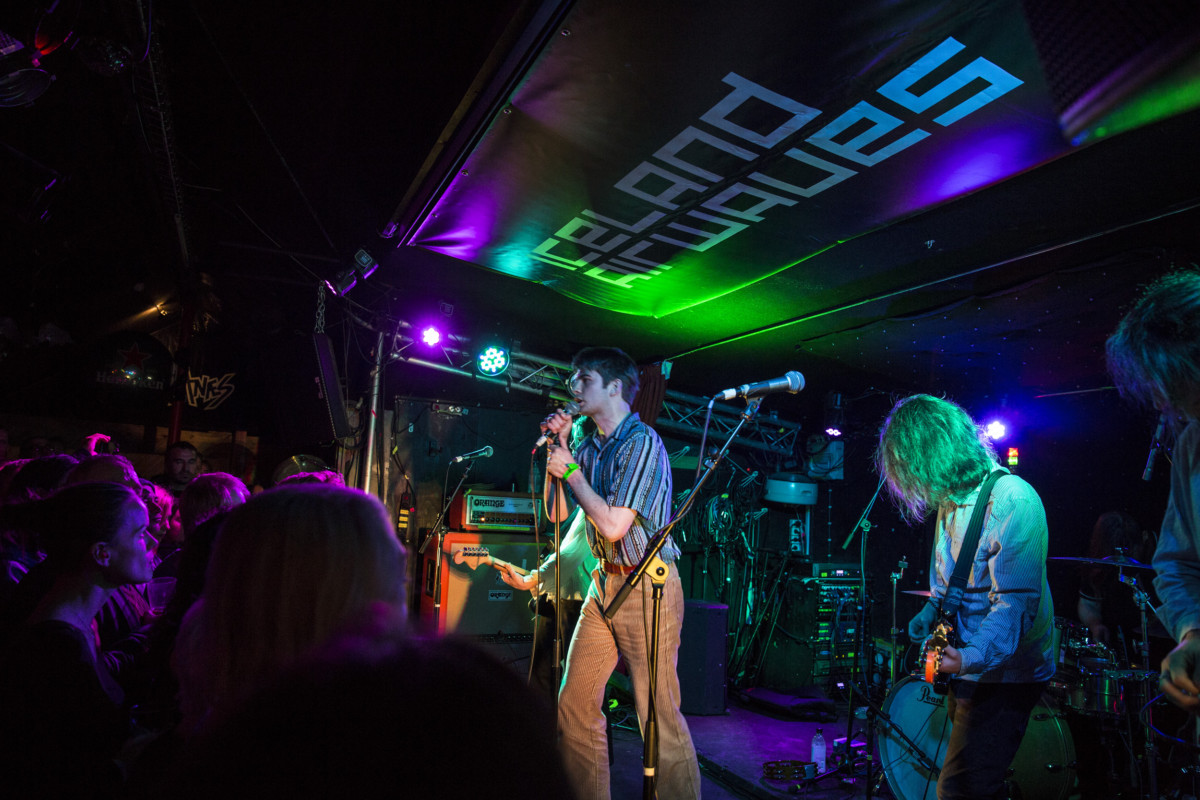 The low-ceilinged of Gaukurinn felt like it was custom built to specifically house Ireland’s Fontaines D.C. Grian Chatten’s thousand yard stare presided like a searchlight over the sweaty room, the square-jawed greyscale rock always pulled the sharp angles back from the brink with a hint of rounded melody. Traces of an Irish rock lineage run through it and still every minute is fresh and engaging. They won’t find a better room for what they have constructed. And Rolling Stone’s David Fricke told me they were his surprise hit of the festival. Win. 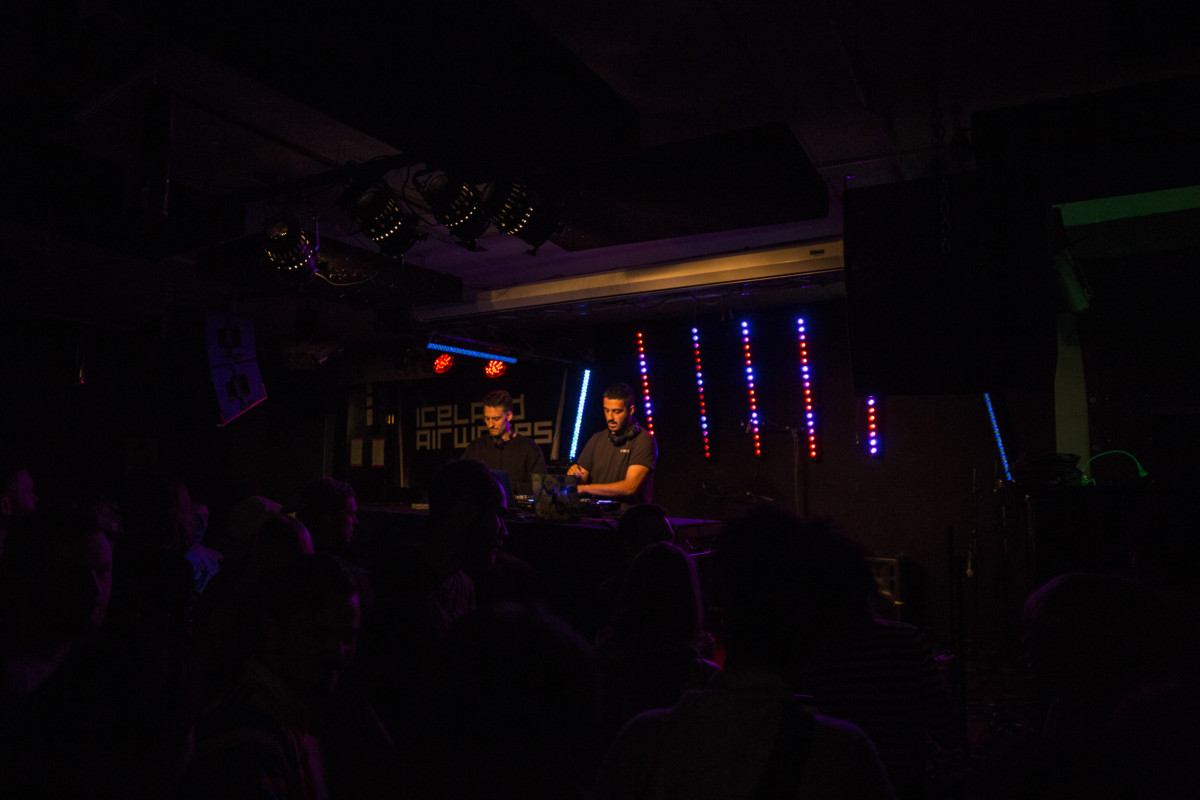 We needed a pure, unfiltered dance by the time Jarami came on. The Swedish producer pair essentially DJed their own tracks, all bonafide floor-fillers. Their hyper-engaging club mood meant they could turn a filter knob and raise the roof, as they smiled and jumped along. A Friday wish, granted. 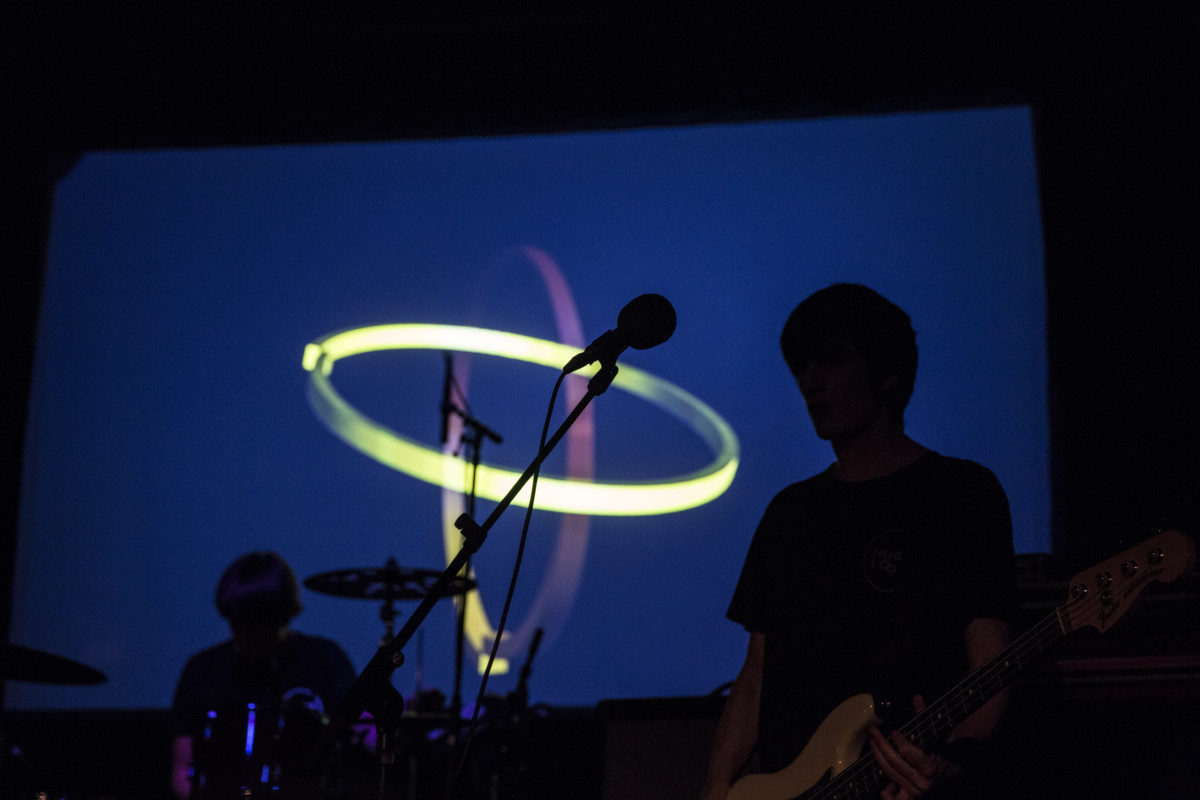 One of the very few acts making good use of visuals, their graphic background perfectly frames the many-sided shapes they spin. Their set is drawling in parts while thumping and bassy guitars are thrown in with glitchy filters. A tractor beam of unhinged, yet super tight pulsing tracks. A highlight is ‘Everytime I Run’, backed with five-second clips of a running scene from every movie you ever saw. 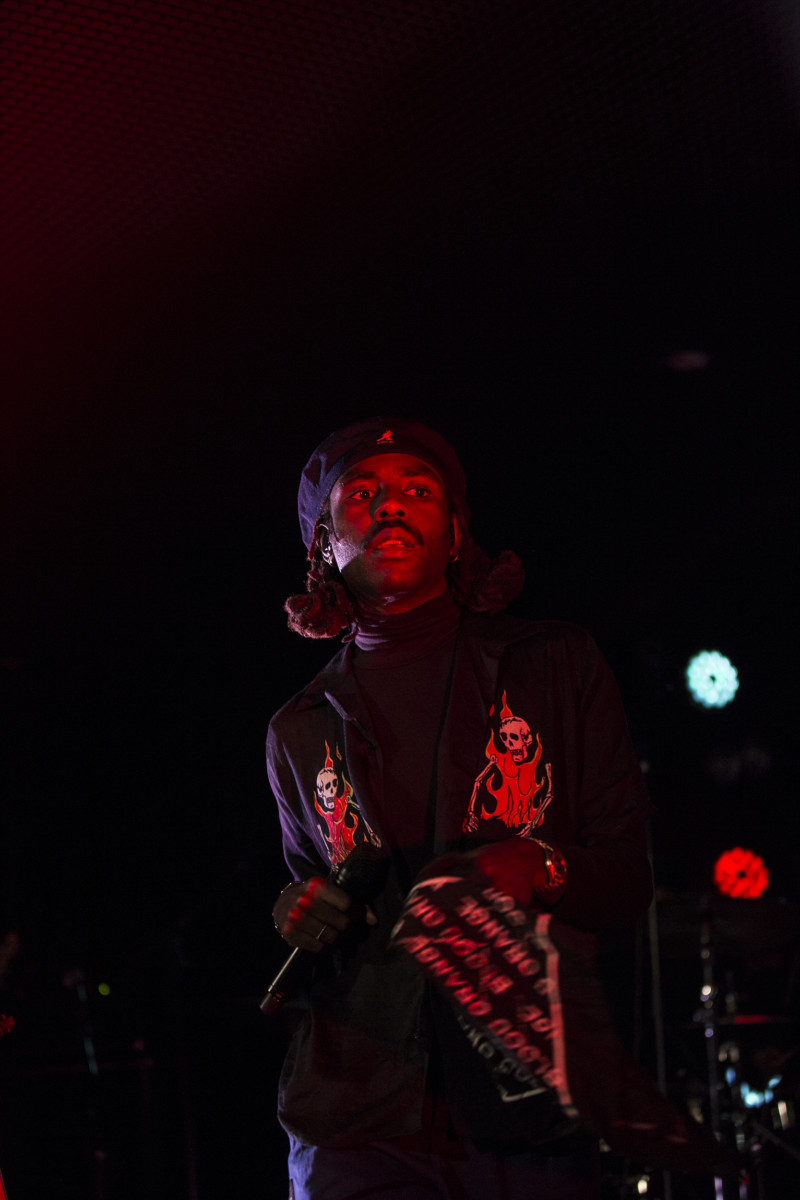 The only act on that level at Airwaves 2018, Dev Hynes and band soared. In a rather wonderful venue created out of a corner of a hall in Harpa, they brought excellence and joy, lead by Hynes but with the feel of an ensemble group thanks to the wonderful singers who all shared the spotlight. Comforting as chicken soup, it felt like a soulful, low-key gig to each and every one of us, alone.

A dark cabaret act from Mexico City, Descartes A Kant are a raw lesson in removing performative inhibitions. Jerking between moods and styles in a single track, three guys held the back and three girls dominated the front of stage. Shapes are thrown on-stage before bodies are thrown into the crowd. Silver confetti cast upon everyone and ‘You Assfucked My Heart’ badges at the merch stand. Categorically the greatest show at Airwaves 2018. 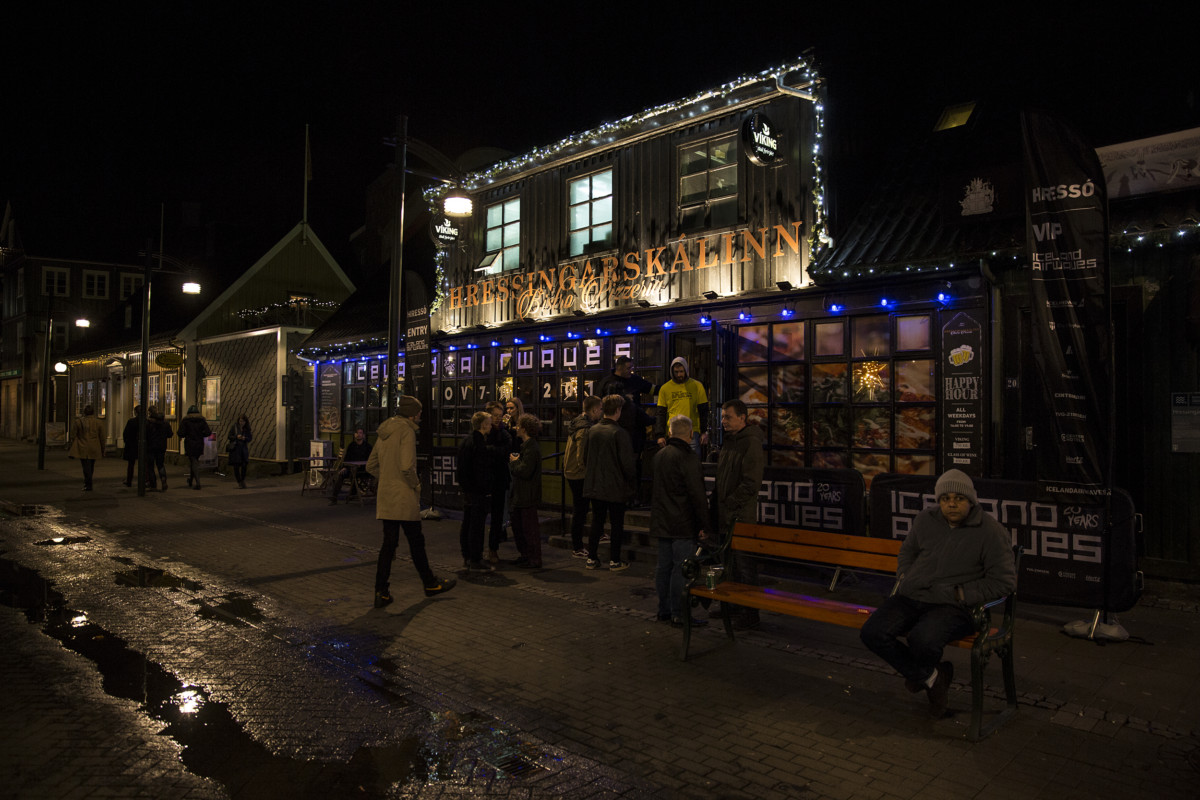 Politeness abounds in Icelandic groups to generalise but Between Mountains find an underlying pace and flow to the music that becomes a velvet-gloved punch that asserts itself. Minor chord moods, harmonies and the live backing of a rock solid rhythm section raised these teenagers (from two different western fjords) to a level above. 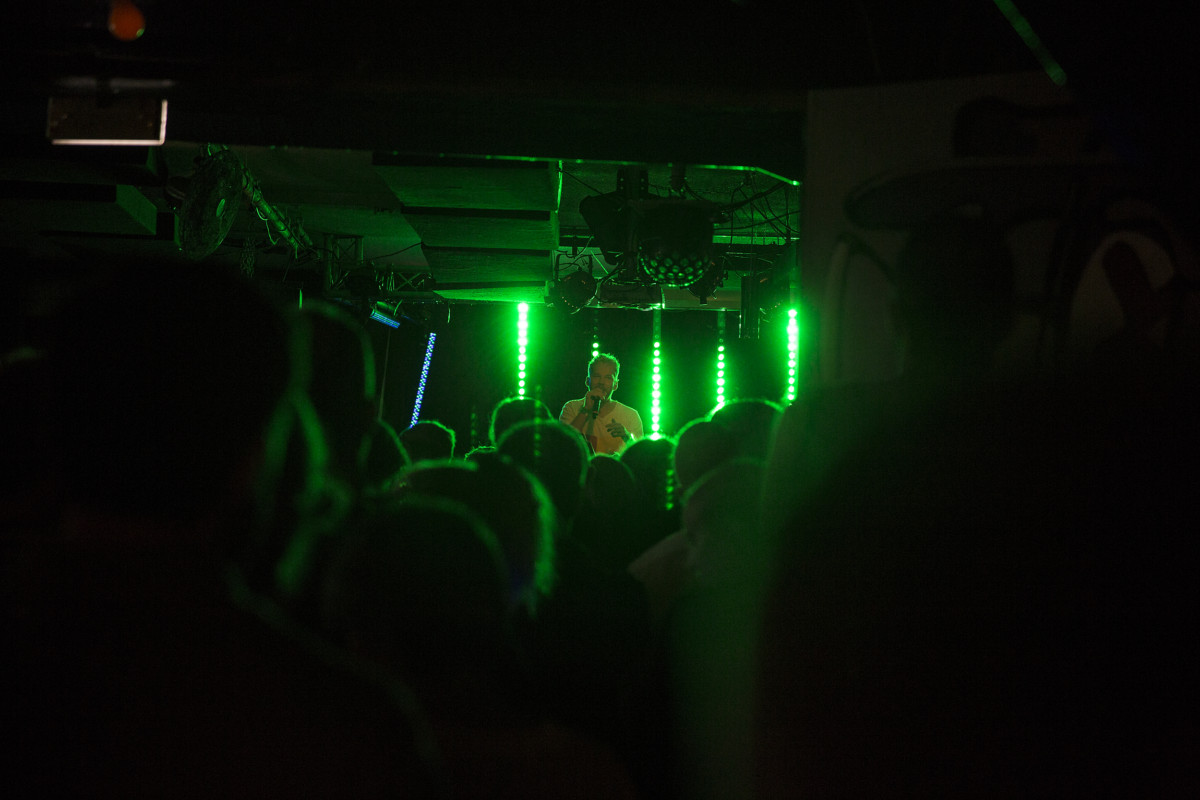 Airwaves was a long run to get to Saturday night, if you’re not good at pacing yourself. There is not much that would have kept us out til 3am except for this French pop producer pair. As fun and engaging as Jarami was the night before, the locals (not often filling a room) poured in to join the fly-ins. Smiling and dancing. Mellowing in the breaks, then jumping as a flute part drops in and the pace rises to a warm dancing glow. The happiest of and sweatiest rooms. A Breakfast Club punch to the sky on the way out, and home at last.