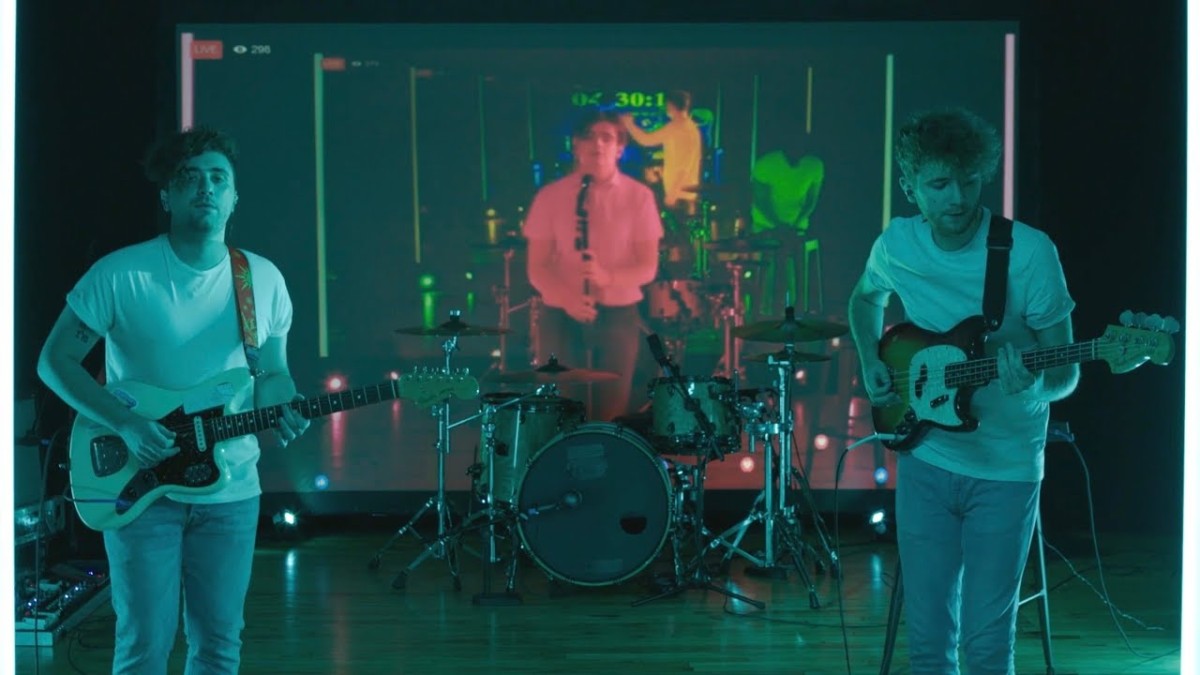 For a video of their latest single ‘Bear Claws’, Mullingar’s The Academic came up with an idea that OK Go would have been proud to do.

Using Facebook Live, the band figured they could use the slight delay/ lag in actually going live to create loops in which to build the song into a looped and stacked live version of the song. A brilliant idea.

Here’s how: We rearranged each instrument on “Bear Claws” to fit Facebook Live’s delay, with each loop getting more complex, adding instruments, rhythms, and melodies. Additionally, by projecting the video live from a soundstage we created an infinite tunnel consisting of all the previously recorded loops. Hope you guys like it!