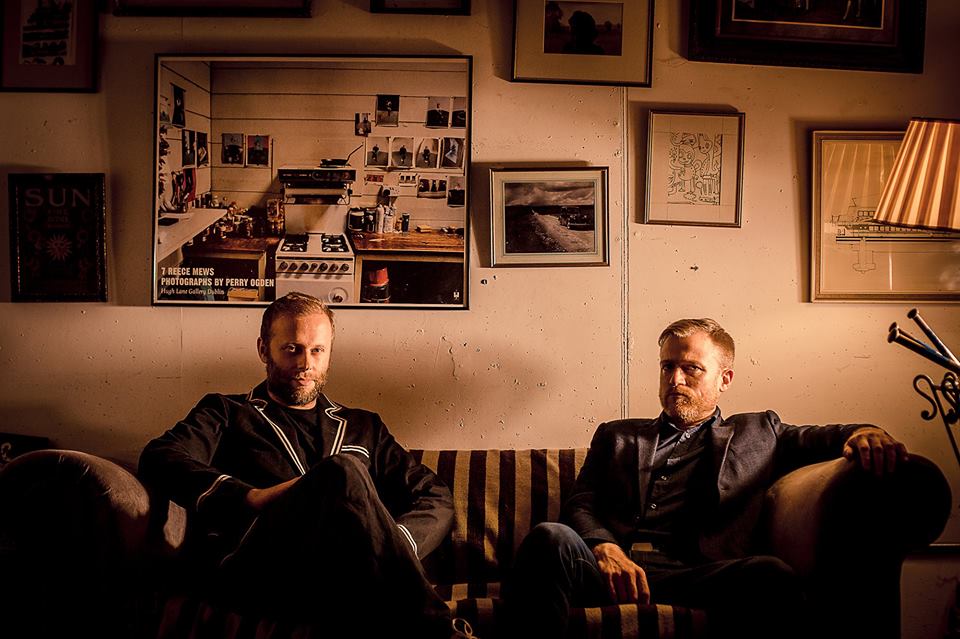 You may have see Buffalo Woman, or the name at least, on the odd event bill from Body and Soul to Drop Everything to Hard Working Class Heroes.

My Buffalo Woman baptism was at Drop Everything, the biannual event on the Aran Islands where the pair of Tim O’Donovan and Neil Watkins, lifted tired limbs to the air and benches to dance in a beer garden overlooking the Atlantic on the Sunday afternoon.

The exuberance they imparted carried well into the night after the set with O’Donovan continuing to DJ until the sun went down for at least, a couple of hours after their set.

O’Donovan is the controller, formerly of Neosupervital, and a fine partystarting and partykeeping DJ while Watkins, is perhaps best known for his drama, in self-confessional personal play The Year Of Magical Wanking, as Heidi Konnt, a former winner of Alternative Miss Ireland, or that guy who works in the Fumbally café.

As Buffalo Woman, the former’s production prowess combines with Watkins’ theatricality to create an electro/pop/synth/funk power duo. On their first public track, ‘U Make Me High’, they now have a song with enough sonic heft and earworm quality to match those exciting live shows.

They play State’s Faces of February next week.