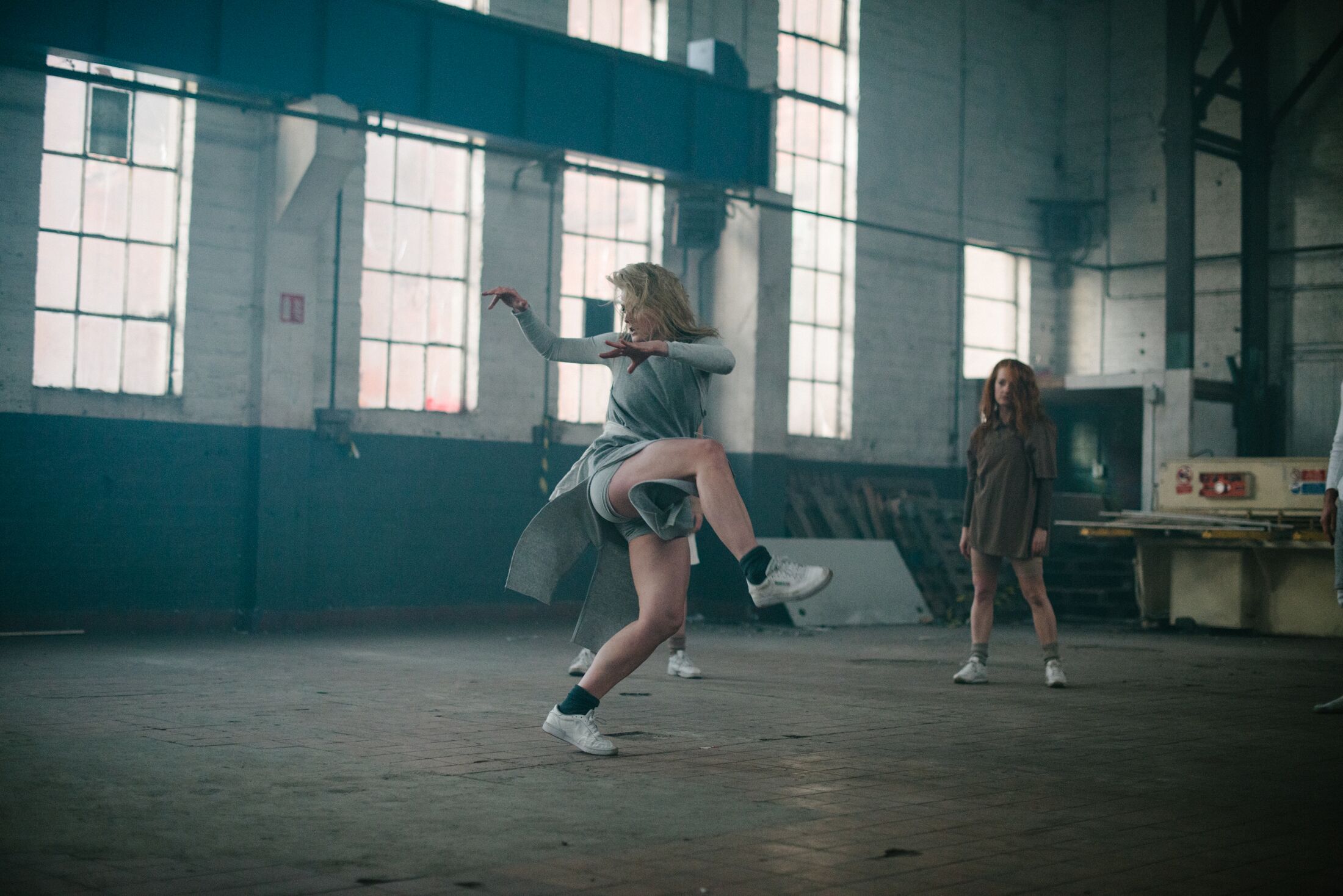 We’re thrilled to be premiering The Bonny Men’s new short film ‘EARWORM’ on the site today.

‘EARWORM’ is diverse piece of multi-media. In one sense, it serves as a music video for the band’s ‘Jenny’s Welcome To Charlie’, a track which opened the group’s most recent album The Broken Pledge.

However, ‘EARWORM’ is also its own stand alone work.

The band have teamed up with choregrapher Sibéal Davitt and director Gavin Fitzgerald to create a piece of work which examines “the torment of the creative process”.

Music, dance and film all work in tandem on ‘EARWORM’. Filmed in the Poolbeg power station, the video features a protagonist bearing witness and eventually participating in a superb dance piece.

The dancing really stands out, in some ways reminiscent of the work Bob Gallagher and Oona Doherty did on the video for ‘Shoulderblades’. It’s pure emotive moment, visceral in the highest sense of the word.

The lighting and setting of ‘EARWORM’ only add to the effect, either the industrial aesthetic of a factory floor or bathed in a claustrophobic red-room glow. These factors play off the dissonances in ‘Jenny’s Welcome To Charlie’, highlighting feeling and emotion at crucial moments throughout the film.

Want to hear more from The Bonny Men? Check out their latest album The Broken Pledge in full below.