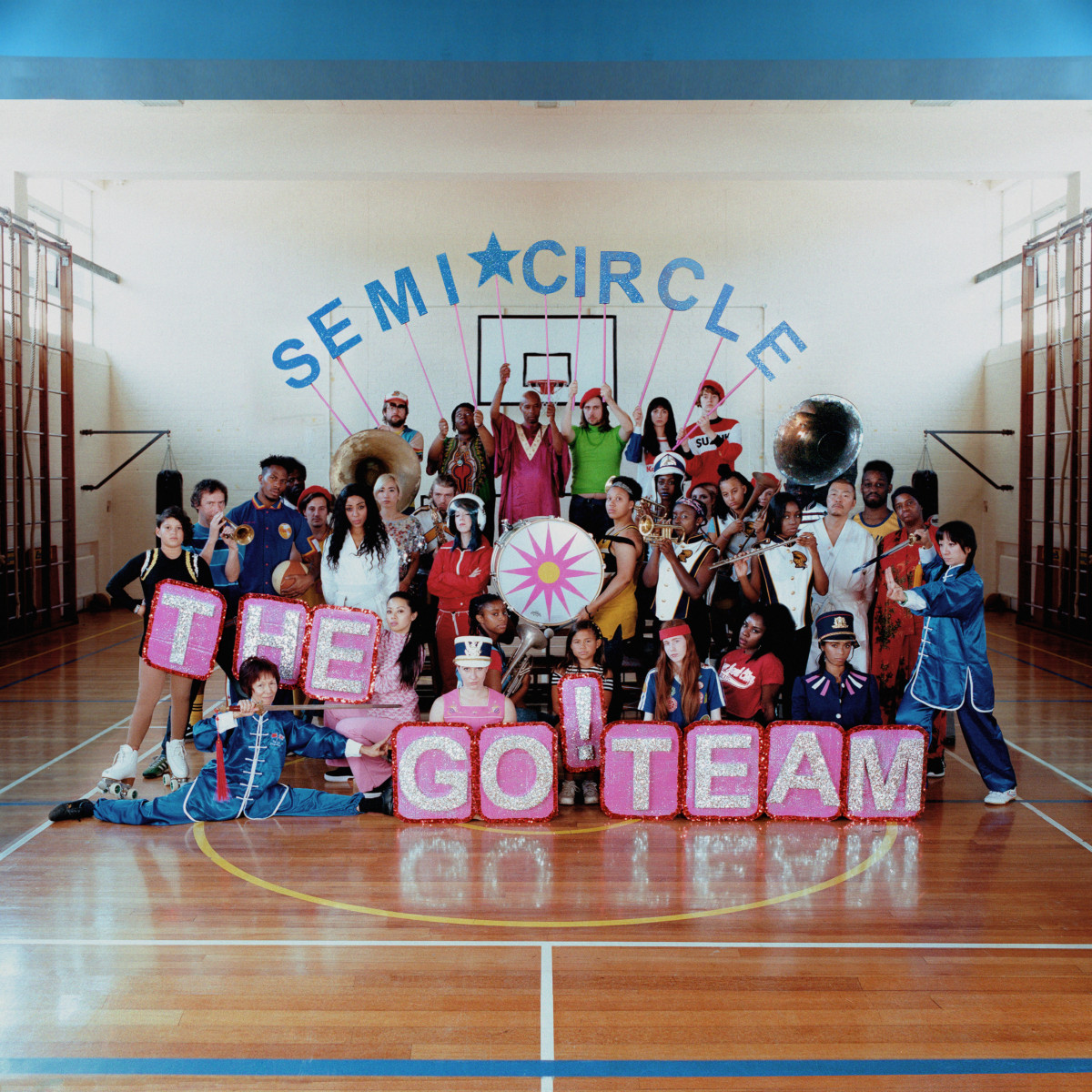 The Go! Team are back and for their first song since 2015’s The Scene Between. The Brighton band arrive with ‘Semicircle Song’ with a marching band, The Detroit Youth Choir.

“With “Semicircle Song” I was trying to take the technicolour feel of a marching band into a more psychedelic place, reclaiming that sound from patriotic or sporty bullshit and harnessing its toughness and power. Brass which takes your head off, bouncy xylophones, offbeat handclaps and toms hopping in the gaps – I hoped it would be recognisably The Go! Team but unlike any song we’d done before.

“Something more about the space between the notes. But when the notes hit, you make them count. Vocals were laid down by a bunch of teenagers in Detroit, which is a musical mecca for me. In the middle 8 I thought it would add a kinda interstellar cheekiness if they each introduced themselves, and their star sign.”

Mayday
Chain Link Fence
Semicircle Song
Hey!
The Answer’s No – Now What’s the Question?
Chico’s Radical Decade
All the Way Live
If There’s One Thing You Should Know
Tangerine / Satsuma / Clementine
She’s Got Guns
Plans are Like a Dream U Organise
Getting Back Up