It must be a personal triumph for the nine musicians in The Jimmy Cake to have finally released their third album Spectre and Crown after such a long recording period. It certainly felt like a very personal album launch – a long overdue return. The album is an evocative, organic and rich affair with strong classical motifs and understated tones, largely abandoning the crunch of previous work. Fitting then, that the band added a string quartet and extra brass to last night’s album launch.

An apt dedication to a deceased uncle before ‘Red Tony’ lent personal weight to proceedings and was no doubt acknowledged by extended family, many who were seated in the balcony. The new songs sounded wonderfully precise – ‘Haunted Candle’ and ‘Jetta’s Palace’ were rapturous renditions. It’s hard to believe the band only practised with the string quartet for the first time a mere six hours or so before the gig. As Aoife said, Dip the bass player was a dominating presence but each member contribute equally to this band. The accordion player Jurgen and keyboardist Paul Smith were front and centre, backed by the two guitarist Vinnie and Mike. The drummer John does a fierce job keeping the band together rhythmically and the three brass band members – Lisa (clarinet), Parx (trumpet) and Alex (saxophone – his last gig for the band) are esssential to The Jimmy Cake sound.

A slew of older songs showed the transition between then and now, but were also no less than awesome, including the raucous ‘Limestone Cowboy’, ‘This Used to be the Future’ and set-closer ‘The Opposite of Addiction’. If any band deserve an accolade for achievement this year, it’s the Jimmy Cake. Godspeed.

The Jimmies were interviewed on The Indie Hour this week. Listen. 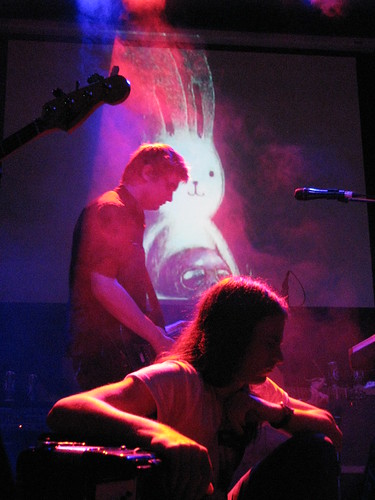