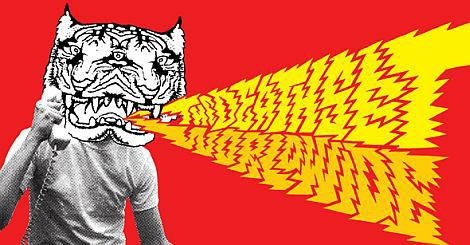 As I was in London on Friday so I missed The Death Set that night in Crawdaddy. As did most of you it seems as friends told me there was 30 to 40 people there. Such a shame. The Baltimore band play on the floor a la Dan Deacon which is fitting because they sound like a punk band playing his tunes. Their album Worldwide comes highly recommended from me for its frantic electro/punk energy.

The Death Set – Around the World

I bought the album from eMusic.