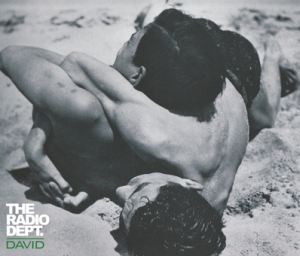 I’ve been wracking my brain trying to figure out what song this reminds me of which has a brass part in it that goes (bare with me): “De-de…. de-de-de-de-de-de-di-da….. De-de-de.de-da”. It’s the bassline in particular of this song that is reminding me something else. It also doesn’t help that the song reminds me of The Avalanches towards then end. I keep thinking its a Beastie Boys song but that could just be default setting in my brain but it definitely feels like a hip-hop tune I’m rummaging for in the deeper recesses of my brain. Do help a brotha out!

Anyway, the tune itself is pretty great. The Radio Dept. are from Sweden and are promising to release their much-delayed third album Clinging to a Scheme on Labrador soon. For now, this is taken from a 4-track EP out on June 24th which you can get here. They have a cult following apparently and have been around since 1995 but I’ve never listened to them before. I think I picked a good song to start with. Now, If I could just find the answer to my question. It appears I’m not the only one.

UPDATE: Thanks to Johnnie Craig, the answer is ‘Am I The Same Girl’ by Barbara Acklin/ Dusty Springfield which itself is based on the instrumental ‘Soulful Strut’ by Young Holt Unlimited which was sampled by the Beastie Boys on ‘Some Dumb Cops Gave Me Two Tickets Already’!