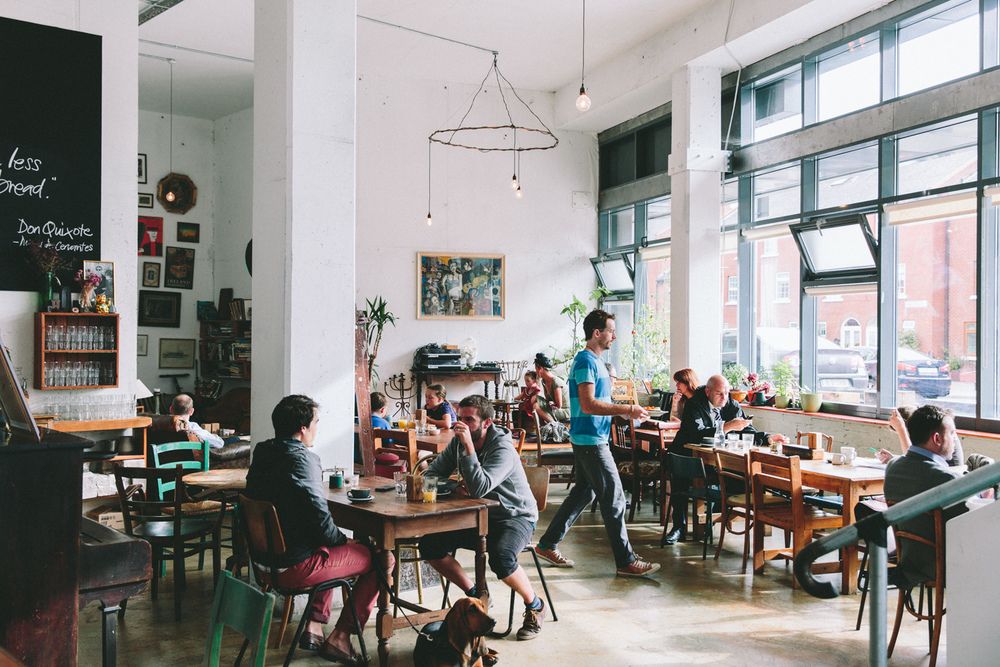 The Fumbally in Dublin 8: has a small stage suited to live gigs.

Much progress has been made in Ireland in suppressing the transfer and of, and mitigating the damage from the COVID-19 pandemic.

In the face of a highly contagious global virus, shutting down music venues, cancelling festivals and stamping out the few remaining oasis of in-person social interaction was a no brainer. We love music, but there are more important things.

However, now that the government have unveiled their short to medium turn phased plan to reopen the nation and restore whatever degree of normality is possible, it seems like a good time to examine the possibilities for live gigs to occur throughout the country, especially for the period of summer which possibly predates the reopening of some nightclubs and night economy spaces on August 10th.

Of course, we’re not the first to think up or even implement ideas for putting on gigs during COVID-19.

Drive-in gigs seems to be a popular option, with raves being held in Germany, some maverick performances going on in Denmark, while Sweden is actually holding socially distant gigs of 40 people. Meanwhile, Spain’s lockdown plans allows indoor gigs of 300 and outdoor gatherings of 200.

Drive-ins are a novel idea, although one which mandates the audio intake from a live performance be via your car radio set-up, which is far from ideal. However, safety comes first and drive in gigs seem like the alternative least likely to aid to spread of COVID-19.

The safest option remains staying at home and not attending any public gatherings.

Given that announcement, what about events with a capacity under 5k? Say the summer shows at @TCDdublin or Iveagh Gardens in Dublin. Will they go ahead? Will the bands travel? Will punters feel safe going back to shows so soon? So many variables in the mix now

Jim Carroll is far from the only commentator raising the concern that the public would just not currently attend gigs were they given the all clear.

An American survey by MRC Data on the same topic found that only 59% of participants would attend a live gig two months after the pandemic passed or a vaccine becomes widely available.

With a commercially available vaccine not likely shy of this coming winter’s darkest months – it’s worth considering that were gigs to go ahead before then, many if not most wouldn’t feel comfortable going.

The moral debate around whether gigs (or any public gathering) should go ahead will surely linger longer than the legality of whether it can. As will be the case with the discourse around the lifting of any of Ireland’s restrictions which currently restrict movement, interaction and consumerism.

However, I can’t be the only soul in Ireland with a goo on them for live music, so it might be time to get creative.

Enter the humble dinner and a show.

No really, hear us out.

Dinner and a show (does exactly what it says on the tin) hasn’t had much mainstream popularity in Ireland since the last mass-extinction event which killed off the big bands. There are still many places which do offer the service, however, the bands that perform at these shows are often local cover bands or legacy acts.

With restaurants set to be allowed to offer table service to socially-distanced patrons sometime in June, the revival of the dinner and a show could offer punters a responsible, safe and in-person return to live music. Restaurants will sell bookings and, crucially we can begin to pay artists to perform again.

The basic idea is this: A specific restaurant advertises a gig a few weeks out, attendance is only allowed to those who reserve tables in advance. The restaurant has a set layout (and thus customer limit per seating). Punters arrive on the night, eat their meal and then pay an advertised amount on top of their bill which will be used to pay the act (with some allocated to a sound engineer if one is used). After dinner is cleared away, the artist performs their set to the seated patrons.

It’s definitely a bit of a cheesy concept, but it does achieve two feats. One, punters can catch live music again. Two, it offers a potential revenue stream for Irish musicians in a live setting.

If you’ve 40 punters attending a gig with a cost of €20 per head on top of the meal, that’s €800 generated to go toward the live music portion of the experience. A figure not to be sneezed at.

Those numbers will obviously vary massively depending on the restaurant or the act performing, but even a modest couple of hundred euro would be more to put toward rent/mortgage/bills than the fat zero they’d be generating otherwise.

Another massive problem with this idea is how exclusive it is. Many restaurants/cafes are just not going to be big enough to host this kind of event. Returning to the music, this kinda set-up is obviously going to favour acoustic solo or small group performers.

This idea doesn’t help bands, rappers and definitely not DJs (who will be among the worst of the artist community affected by the staggered approach to lifting COVID-19 restrictions), but it’s not trying to do that.

One approach or solution isn’t going to be enough, safely enabling the return of live art isn’t a one size fits all thing.

However, dinner and a show could see you attending a gig as early as June as well as providing badly needed revenue opportunity to Irish musicians.

With that in mind, would we be mad not to try it?