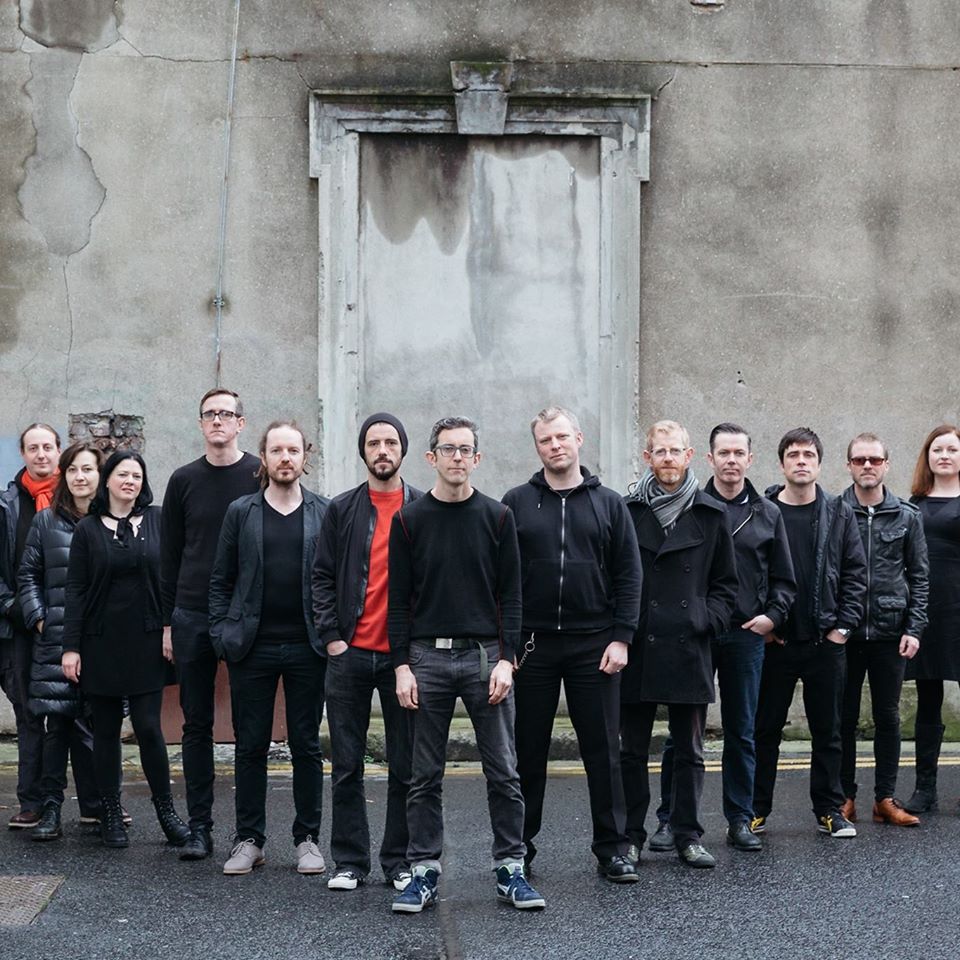 Lockout transports back to a historic time in Ireland. The band’s adaptation of the period of the 1913 Lockout told through an old Irish folk tale style is brought to life with its own unique and empowering sound by the accompanied 18-piece electric guitar orchestra.

The piece tells the story of the 1913 Lockout, the struggle of Dublin workers against exploitative working conditions, led by Jim Larkin and James Connolly’s ITGWU union. At its height over 100,000 Dubliners endured food scarcity, with employers refusing to follow government recommendations for a fair compromise. They successfully broke the strike, starving employees back to work, and refusing to reinstate those whose jobs were taken by ‘scab’ labour.

On ‘Suffrage’, the band are joined by Katie Kim on vocals, marking the 2018 centenary of the women’s right to vote and telling the story of Constance Markievicz, the first British female MP, and the efforts of the Suffragette movement to fed starving workers and families in the kitchen of Liberty Hall, the iconic Irish union building.

Lockout is broken into four movements, each telling its own story and in the band’s own words strives to:

“to reflect the anxiety and anger of then and now, and the cynicism and hope of these times of upheaval”.

To commemorate the release they will be performing the album live at The Pepper Canister Church, Dublin on Friday March 16th as part of the St Patrick’s Festival. Tickets for the performance priced at €13.50+ are available now via stpatricksfestival.ie.

Watch the live video of ‘The Batons’ from Movement II of the album performed live at the Fumbally Stables as part of This Aint No Disco.