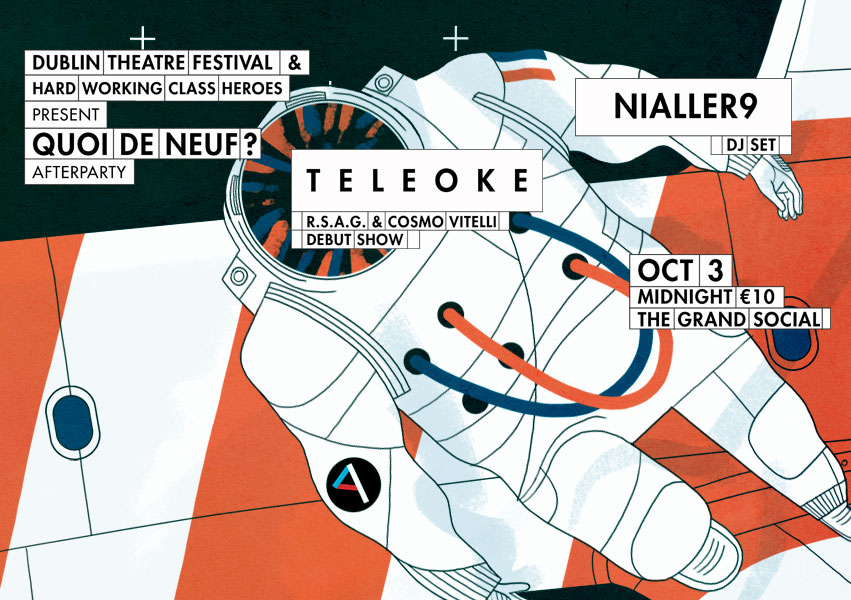 This Saturday night, as part of the Dublin Theatre Festival in conjunction with Hard Working Class Heroes, I have curated a special French/Irish event featuring two leading lights of their respective countries.

Billed as Teleoke, the performance will utilise synths, software, hardware, samplers, drums and vocals in a special live never-heard before show. Tickets are €10 from Dublin Theatre Festival but the first 150 people with Hard Working Class Heroes wristbands get free entry. The doors are at midnight. I will be DJing in the Garden all night too dropping some French classics in there too.

Jeremy R.S.A.G. has spent a lot of time in France in the last few years recording and playing with Vitelli’s Bot’Ox band and Justice’s Xavier de Rosnay when not playing his own significant material.

Vitelli is a French club institution having played regularly at Paris Clubs since the start of the French touch movement. He has remixed the likes of Daft Punk, Etienne De Crecy and more. He has played Boiler Room and released records by Simian Mobile Disco and Yuksek among others.

Here’s some footage of Jeremy DJing with Vitelli’s Bot’Ox band: