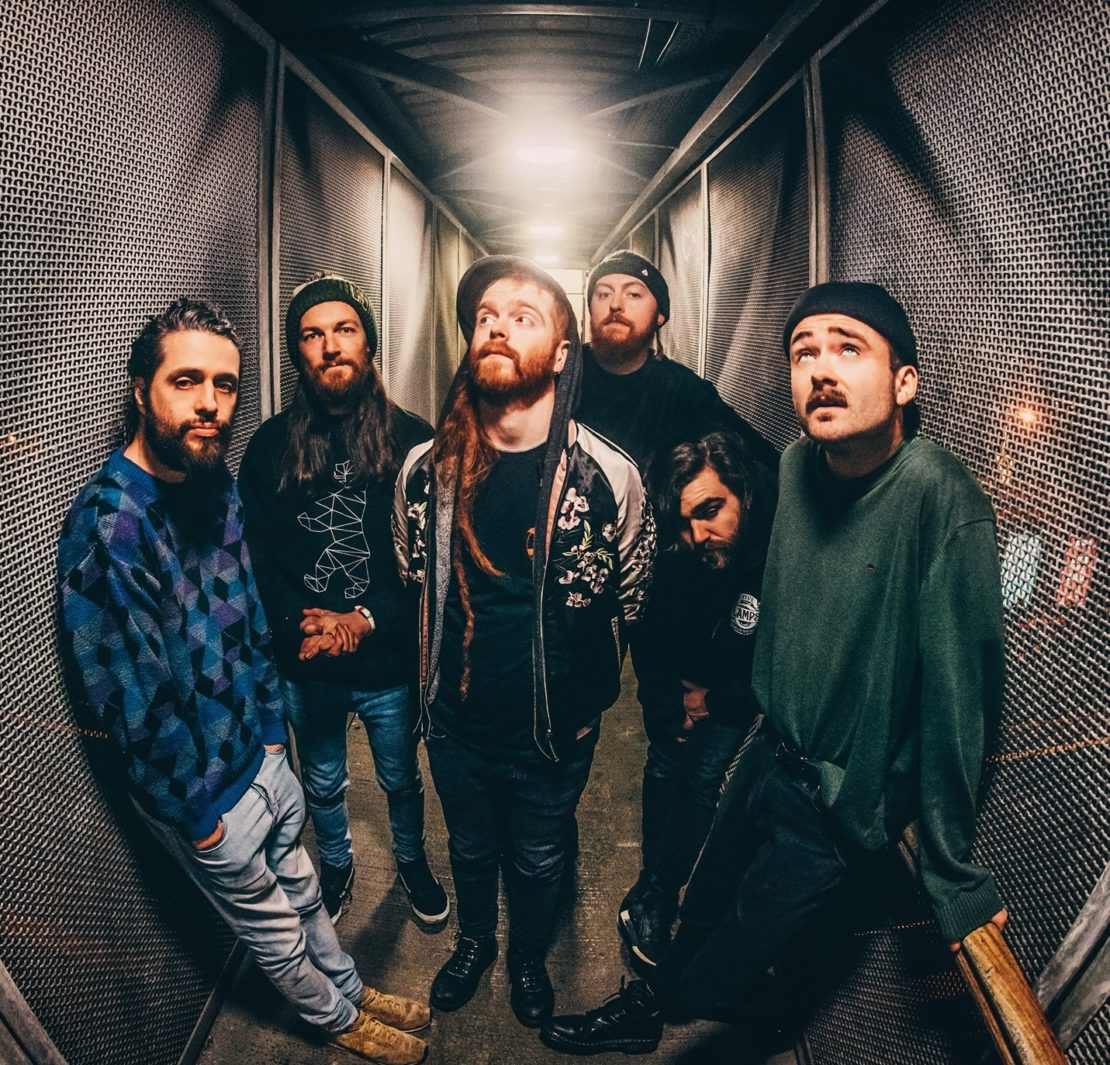 
The six-piece Dublin rock juggernaut that is Thumper release one of their finest songs to date this week.

‘Topher Grace’ is a ball of nervous energy, a self-destructive night out named after the actor who featured in That ’70s Show, Traffic, Spider-Man 3 and Jon Stewart’s new movie Irresistible.

Misplaced self-confidence and self-reflection through the lens of inebriation and being under the influence abounds on the track.”My ego is the Best Boy in the room,” singer Oisin Leahy Furlong shouts at one point, as if trying to convince himself of its truth.

Check out the track and its Samuel Beckett-inspired video. The lyrics are also worth a read-along, as are the words from Leahy Furlong about how they came about.

The band are doing a live stream on Saturday evening on their Youtube.

“In writing the song I wanted to see if I could free myself of the song writing crutches I would normally reach for – like structure and melody – and replace them with a more considered approach to lyric writing and performance. It’s a terrifying thing to hone your craft only to tear the rule book up, but the results were very rewarding.

I spent the best part of 3 months recording several different demos until I plucked up the courage to bring it to the band. It ended up being a very cathartic experience and tapped into a creative space we had never gone before.

I took inspiration from songwriters like Courtney Barnett and James Murphy, to Mark E. Smith and Nick Cave, with the latter especially influencing the bridge between lyrical sentiment and true performance”.

Simmer down the wet confetti, the geneticists still aren’t ready to come home so I’m alone for now.
One trick phoney to the three act addicts, foreplay takes five minutes, sex is next I guess?
“Rock and roll is here to stay”, my mantra on bank-holidays.
A self fulfilling prophecy, oh yes.
Make out with the mirror, practice chat up lines and figure out which thin veneer to debut as sincere moi.
My fingernails are a frayed knot, my self esteem has caught the cot death.
Breathlessly, I’m eager to be redeemed.
Still sleep with both arms in the air.
Still making room for your hair and head to rest upon my chest, I guess.
Still fantasise about the war.
Still wolfing down the singular.
The Liffey’s swallowed all my pride today.
And Spielberg’s in the kitchen stink eyeing my side on the brink.
Lining up the shot of his career.
My fingers make a square to frame a cinematic, sincere pain.
My ego is the Best Boy in the room – woo hoo.

On the bag, I don’t need that.
My confidence is my confidante.

My knuckles white around the stars.
I suckle on a teet in bars.
The milk careers, and flows, and tastes so smooth.
You say you’re crying more than me, as evidence – capacity to feel a higher low, but I’m not sure.
I hate myself and want to live, I want to love, I want to give, I want to take and be taken care of.
Pock-marks dot the blister field, find solace in fictitious real – the realest thing since genuinity.
Don’t be offended by my songs, I didn’t mean a single word.
I’d disown them in a second for your touch.
The water hits my face and then I’ve convinced my reflection.
Pity no one else was in the room.
My ears are booming, jaw is chewing, eyes dart towards my mouth, which flies like a flag.
I’m making moves, well I’m moving.
I saw it in a movie once – a power play to wag a tongue like that.
Talking at you like a child.
Catastrophize my trophy wife.
Sweating through the clothes that you’ve just lent me.
Snapping at the remote control, the tendrils flip the Chance Channel.
And all I have to say is, “I guess, I love you man”.

On the bag, I’m a made man.
A made up man, I know I am not.
I hide in bars.
I drown in words.
It seems absurd that I’m lonely.
Make a safe bet – If I left, this party continues without me.