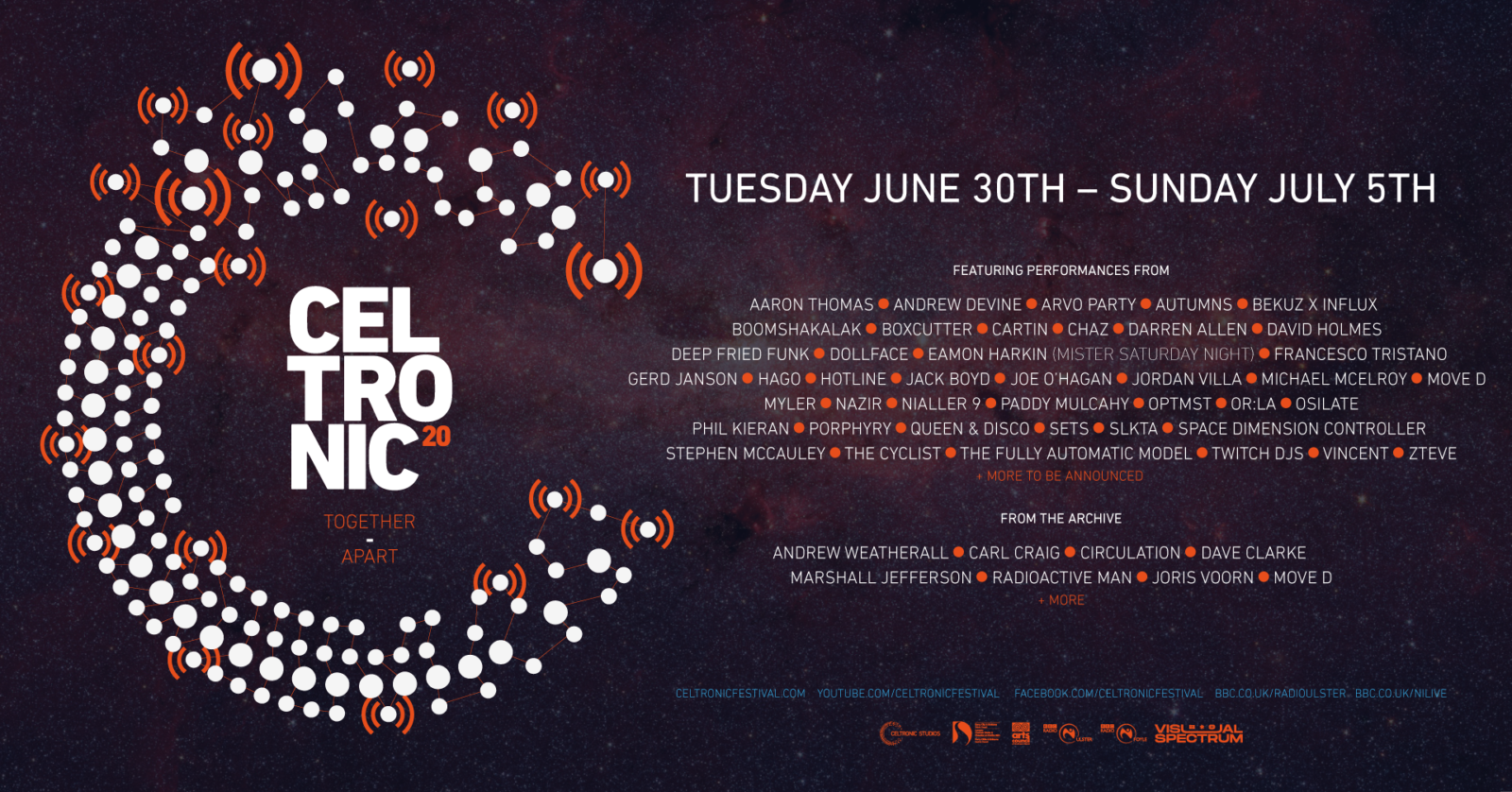 Derry’s Celtronic festival is one of the many festival casualties that can’t take place in real life this summer so they have announced some juicy online streams under the banner Together : Apart to take place from Tuesday June 30th until Sunday July 5th and it’s a big one.

Recently unearthed sets from the Celtronic archive including a two hour set from the late Andrew Weatherall, recorded in Masons Bar in 2009.

Nialler9 has put together an all-Irish electronic live stream mix that will go out as part of the festival.

BBC Radio Ulster’s Stephen McCauley Show will feature some of the best performances at Celtronic over the years each evening from 7.30pm – 9.30pm on Monday 29th June through to Thursday 2nd July. On Saturday 4th July BBC Northern Ireland will celebrate dance music with a special Lock-in Beats event – an 8 hour party featuring exclusive new sets, Celtronic Together: Apart festival coverage and classic performances from the BBC archive.The night will be streamed live on bbc.co.uk/nilive from 7pm and will also be available on BBC Radio Foyle DAB, BBC Radio Foyle Sounds.  After midnight BBC Radio Ulster and BBC Radio Foyle FM join to continue Lock-in Beats with special sets from headlining DJs right through until 3am. There’ll be new and exclusive sets from Caoimhe Mooreland and Holly Lester. From the BBC archive, there’ll be incredible live performances from Lemon Jelly and Radioactive Man; and DJ sets from Dave Clarke and special festival recordings from Space Dimension Controller, Phil Kieran and Queen and Disco.