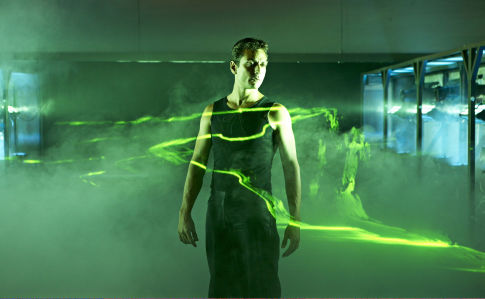 Last year The Knife released the studio album Tomorrow In A Year in with Planningtorock (new album W streaming here) and Mt. Sims, which essentially served a soundtrack to the Darwinian Opera of the same name.

The “electro-opera” Tomorrow In A Year (video) featuring visuals from Hotel Pro Forma received a handful of live performances in Europe. Next month it will get its Irish premiere as part of the Cork Midsummer Festival in the Cork Opera House. There are two dates – June 24th and 25th. Tickets are €31, €33, €38 plus fees. The Knife’s music will be used throughout the production but they will not be performing themselves.

I have a pair of tickets to giveaway to this unique event. It should be epic. Send your name and address and the answer to the question below to [email protected].

Q: What was the name of the band that Karin Dreijer Andersson was a member before The Knife?

Cork Midsummer takes place from June 11-26 in various venues including the Spiegeltent and the programme includes Camille O’Sulllivan, Penguin Café, Laurie Anderson and more to be announced. Check their Facebook or Twitter.

The Knife – Colouring of Pigeons