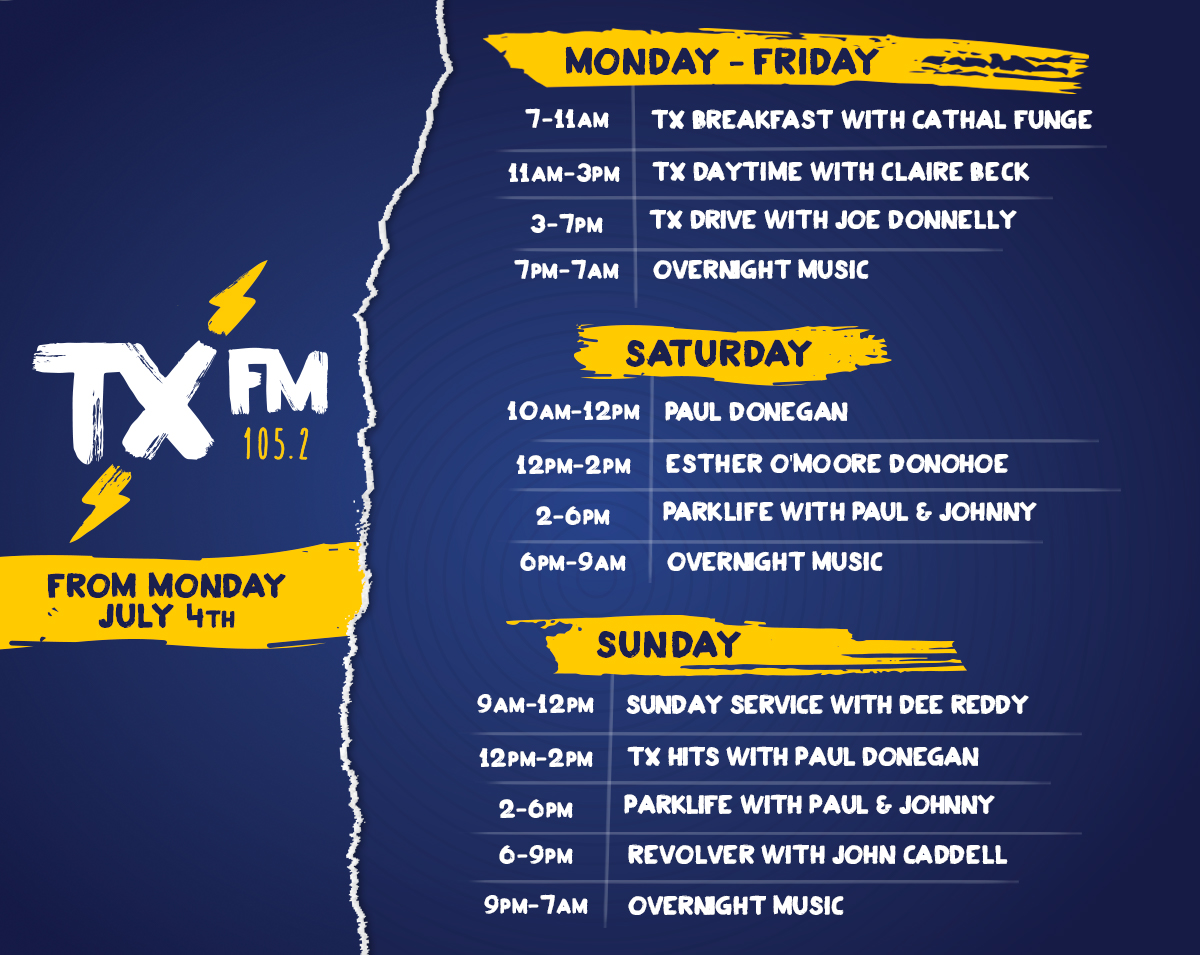 Tonight’s Nialler9 new music show on TXFM will be my second last for the station as the station has announced schedule changes to run until the end of October.

As previously announced, the station did not renew its license which is up in October and as part of that decision, a number of late-night specialist shows (10pm to Midnight) and Kelly-Anne Byrne’s evening show will stop broadcasting on the station. Their last shows will be next week including my Thursday show, Derek Byrne’s Friday dance show Transmission, Brian Keaveney’s Souled Out, Cathal Funge’s Irish music show The Listening Post, and The Pickup with John Caddell.

Weekend shows ceasing include TX Anthems with Charlotte Flood, Another Side with Paul McCloone, Friday Nights with Tara Harrison, The Set List with Kieran McGuinness and Metal March with Dave Moore.

Kelly-Anne Byrne’s evening show Monday to Thursdays from 7pm to 10pm will also cease broadcasting next week, though Kelly-Anne has added a second show on Today FM on Sunday nights.

Nadine O’Regan’s Songs In The Key Of Life show will also move to Today FM to be broadcast on Sunday nights at 9pm.

My last broadcast on TXFM will be Thursday June 30th at 10pm (my 118th show) with my second last tonight from 10pm to midnight. Both tonight’s and next week’s show will feature some of my favourite music from all eras. Check out previous show playlists and listen links.

Listen to the last Nialler9 show on TXFM

Listen back to the Nialler9 TXFM new music show