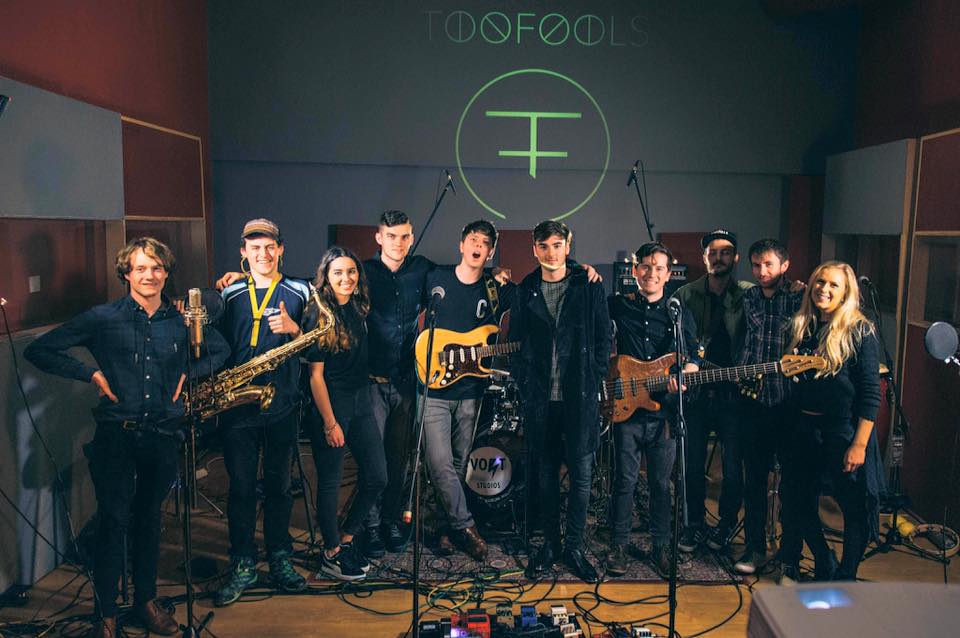 TooFools are a new band from Dublin brought to you by Lorcan O’Dwyer and Steven McCann with the help of Michael Hopkins (in Planet Parade with McCann) and vocals from Remy Naidoo and Ciara O’Connor along with four other musicians: Cian Hanley on Drums, Kevin Corcoran on Keys, Andrew Lloyd on Synth/Guitar and Oisin Murtagh on Sax.

It looks like the band had a lot of fun recording a live track in Volt Studios recently with Stephen Robinson in a video captured by Christian Tierney. From the sound of their debut track ‘Insanity’, the band trade in cool soulful R&B pop music with harmonies to the fore.

You can catch TooFools in the flesh at the Turning Pirate Mixtape at Vicar Street on New Year’s Eve. Their debut single ‘Touch’ drops in January.