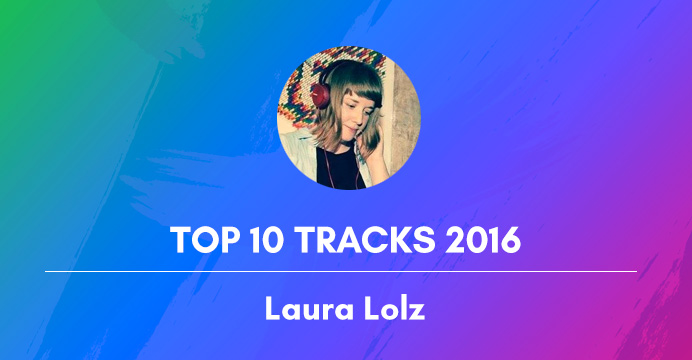 Roy of the Ravers – Emotinium

Cheating slightly with this since it was released on cassette in 2015, however the much sought after 12″ came out in 2016. This is defo my number 1 tune of the year and I can’t help but let all 11mins 45 secs play out. SUCH good vibez.

I totally slept on this tune till I heard it in a mix by So Low resident Becky Marshall recently. Released on Optimo Trax this is definitely one of my faves to play out. Taps off hands in the air type of tune.

I absolutely love Loizou’s approach to making music, for Singulacra she combines small fragments of old jungle records and pirate radio station transmissions with vocal samples and field recordings. Glimpses of Death is a fave from the album and has featured in a lot of my mixes and sets this year.

Released on the excellent Blackest Ever Black, Dal Forno’s debut album You Know What it’s Like is easily one of my favourite albums of the year. The Same Reply is a good example of what the rest of the album is like- dark, gloomy and melancholic- everything I love.

DVA Damas- In the Clear

Picked this up in RubaDub in Glasgow, and it’s been a firm favourite in my sets since. Wavey EBM style goodness with a killer vocal, what’s not to like.

Hard to pick just one track off Not Waving’s album Animals which was released on Diagonal this year. This tune is an absolute hammer. It’s a combination of Industrial, EBM, Techno and Acid madness.

I just love everything about this, experimental and a lot of fun.

A 9 minute techno journey from one of my fave producers around at the min, superb!!

Melly has easily become one of my favourite Irish producers this year. His release on Where to Now is absolute fire. The whole EP is fresh as fuck and I couldn’t pick just one tune so including the full EP! Shout outs to Lumigraph for the ace remix of Skip Fire too.

Lemonade was definitely a grower of an album for me, it wasn’t till I saw Beyoncé at Croke Park in June that I fully appreciated a lot of the tunes on it. A toss up between this and Sorry, both have been on heavy rotation at many the after sesh this year.