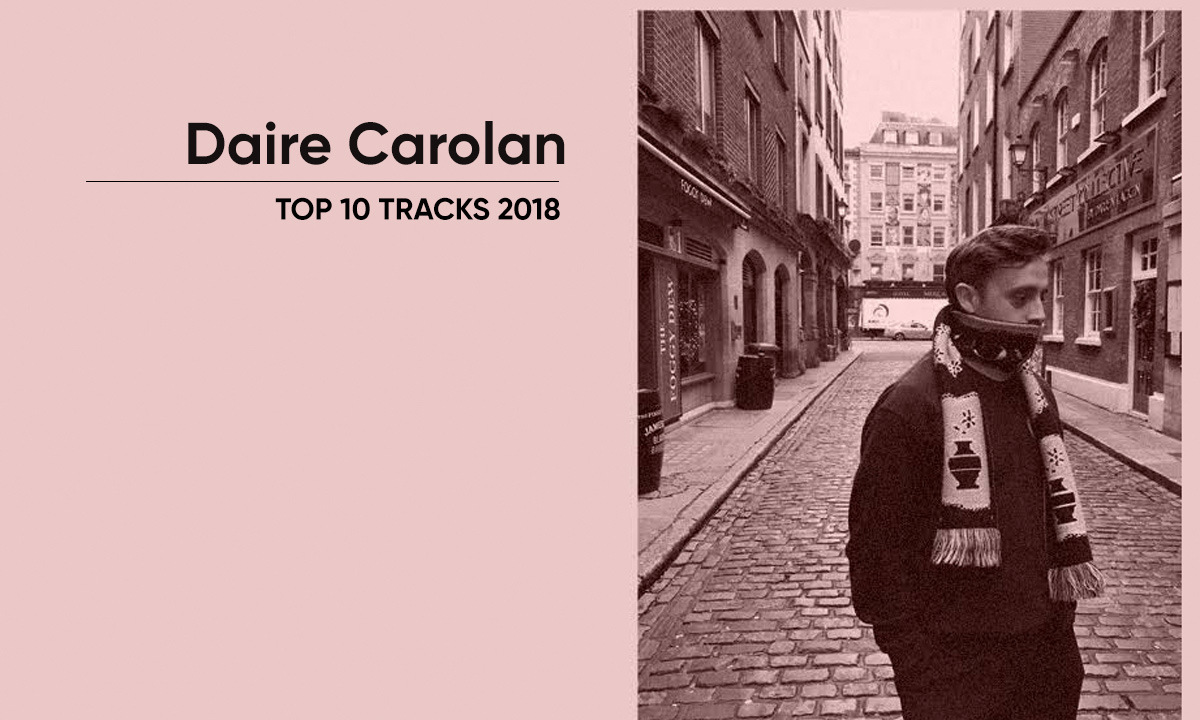 The Higher – The Core

René Pawlowitz is commonly known for his work as Shed, Wax, Equalized and Head High to name a few projects off the top of the noggin. With a string of big releases over the years, Pawlowitz has clearly cemented his name as one of the most interesting dance music producers of our time. These days he releases music under several varied alias’ via his The Final Experiment label splicing big break, garage and techno sounds, so its only fitting that after all these years a major label like XL picked him to do something for them.

Another person for not settling to the status quo is definitely young Matt Finnegan. Matt’s level of production are up there with some of Dublin’s finest. If he’s not supplying a beat on a Softboy record he’s working on some big sounding bassy Jungle getting played out by Ben UFO or some slick experiment housey jams on his debut Tape Shadow Boxing release for Gasp last year. Goes without saying why his big Jungle jam for the Anois compilation Sunshine Children is easily one of my picks of the year. This chap is a one to watch next year. Big tip!

Somewhere in Tokyo, a man named Yoshinori Hayashi sits in (possibly) a studio making some of the weirdest and yet satisfying music to ever reach my ears. I first heard of Hayashi from the composition he made for Jinn records back in 2016 to which at that point I immediately hit him up to work on a release… I’m pretty sure I didn’t hear from him for like a month or two after I asked but long last I finally heard back and one year later, lots of spaced out emails and through the language barrier came Harley’s Dub and a year it was worth waiting for. The A-side of the record is this airy and spaced out composition that becomes this spooky club rhythm coming in at a whopping 13 minutes alongside the excellent two b-sides on the dubbier tip that compliment it even further as a full piece. Was so nice to give him the test press in person when we met in Berlin too. One of my fondest records I have ever worked on. The record is actually named after a chipper in London somewhere.

I’ve known George Earnest aka G.E.O. Corp and Sean Whitty aka Der Opium Queen quite a long time so to have been able to work on a record with them this year and especially together was something very special to me. I received the Day Mix and Night Mix versions of College Drive way back in late 2017 I’m pretty sure, we were originally going to put them out as is but at the last minute thought that it be cool to get Whitty in on the remix. Sean’s first draft of the ‘Lost In Dub’ Mix I’m pretty sure came in close to 30 minutes long and had I thought we would of fit the whole thing on a record I would of released it as is, thats how much I loved the dreamy and bongo-esque cut of George’s already fantastic original. Maybe some day I’ll digital release the full thing if Sean can find it but for now you’ll just have to enjoy 13 minutess of this masterpiece. Get dreaming!

It would be rude not to mention the Pear founding father Fio Fa. They have been knocking out the releases for their Pear imprint over the last year, not to mention throwing some killer parties around Dublin city and beyond, so it goes without saying that Fio’s Sunday Pledge was going to have to reflect the stellar work already done and that it does. The A side titled after the EP is the side I play mostly with its fast paced rhythm and rolling hats throughout it’s one for later in the night that never disappoints.

I hadn’t heard of Stano til Olan at All City put him on to me with the Quare Groove compilation that came out earlier in the year. For me personally the post-punky vibes of “White Field (In Isis)” was the track that really stood out to me on the compilation, so when Allchival started working on reissuing Stano’s album Content To Write In I Dine Weathercraft I was quite eager to get my hands on it and get playing it out. Was very chuffed to have ‘A Dead Rose’ from the album as one of myself and Lee’s opening tracks on our Red Light Radio appearance in Amsterdam back during the Summer. It’s a slow paced beat, tripped out raga guitar and haunting vocals from Stano himself is right up my street. This is a record that will probably never leave my currently listening box at home.

Lee Kelly – Our Place In Time

Many of you’ll probably know Lee as the jolly moustachio who works behind the counter at All City. Lee doesn’t work as many days as I do as he says he’s got a “second job”, making music and no matter how much guff I can give the chap he is super good at his second job!(maybe even more so than his first job).’ Our Place In Time’, one of the many tracks that feature on his WhereTheTimeGoes tape is a melodic dreamy house number that doesn’t disappoint. The keys alongside the beautifully crafted synth line definitely make it a track that I can see playing well into 2020 and who knows it might even see itself on a 12″ someday soon (eyes emoji).

This is such a nice piece of music as well as a slick video by Cait Fahey to add!
I’ve been a fan of bands like Tropic Of Cancer and Carla Del Forno for quite some time so I definitely see Maria in those ranks and look forward to hearing more of this. So hauntingly chill to listen to.

Shackleton is, and probably will be always one of my favorite producers. From the moment I heard his Fabric mix, which was actually at the time, a mix of all unreleased tracks, basically an album, to the point where I was introduced to his label Skull Disco by Sonel at All City all the way to this Summer when Batu dropped “Death Is Not Final” at Labyrinth in Japan I’ve obsessed on this man’s tunes!  So to see a new Shackleton release drop this year on his Woe Of The Septic Heart label was something I was very excited about. The two tracks are also very much a dedication to his earliest work from the Skull Disco days but Furnace of Gut’s is the true homage with its trademark pipes, noise and vocal sampling it takes me back to a time when I was discovering a new and interesting sound. It’s something I couldn’t really place a genre title on.

New Info is a new project started to give output to some of the more experimental releases that would probably be a bit too avant-garde for Jheri Tracks but its something we have wanted to start for a very long time and I’m very happy we opened the label with such a beautiful piece of work by New York based, Irish born Orlando Fitzgerald. Extinction 6 is an album of beautiful and somewhat dramatic compositions. It takes you away to the story of the beginning of our end and soundtracks the here now and after. I always like listening to it in full when I do but ‘A Failed Species’ is definitely one of the tracks I always go back to. I’m terrible at describing music like this but its an incredibly moving piece and I highly recommend it!