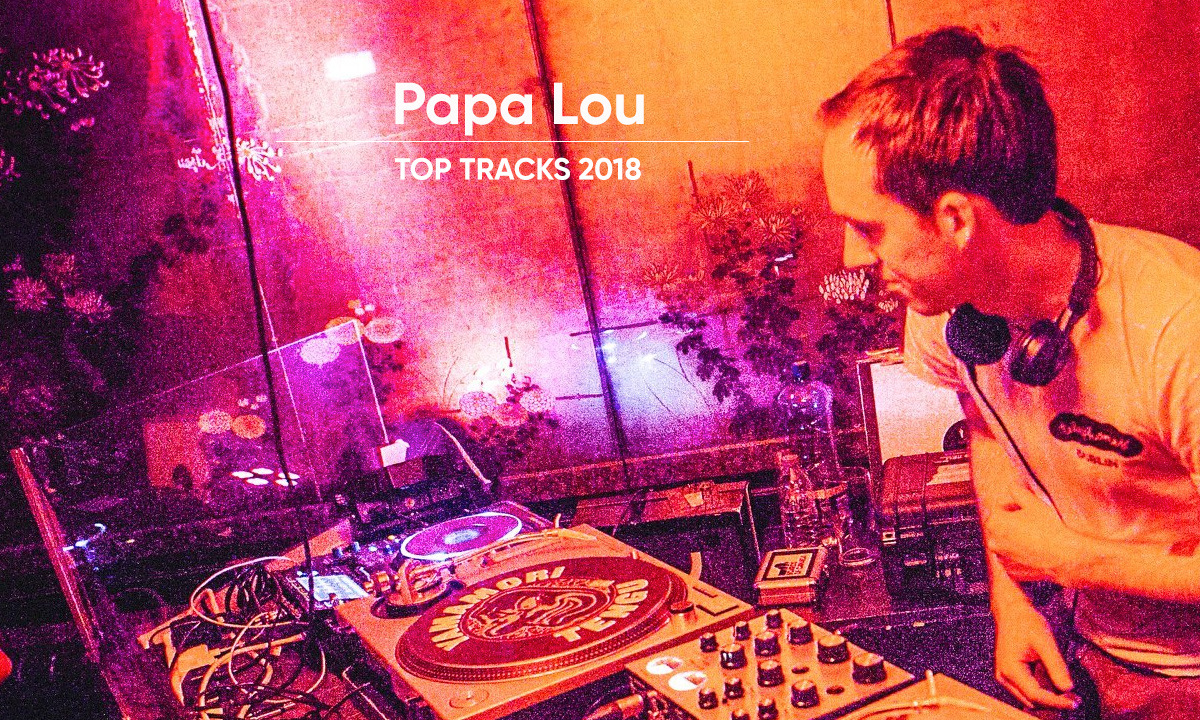 Louis Scully aka Papa Lou is a DJ and promoter of various Dublin nights including Discotekken, Telephones, The RnB Club & Woweembeem. Here are his top 10 tunes of his year.

This one came out at the end of 2017 but it’s been a big one for me in the clubs for this year. It’s really easy to mix and always gets a great reaction when it kicks in. Banger. On badboy Dublin label Pear.

Another one on Pear. I don’t do shout outs unless the music is amazing though I swear. Lovely deep jazzy / shuffly daydream house groover from Belfast’s young gun Brién. Superb producer & DJ, he’s a complete natural. We’ve given him a few headline slots this year at Telephones and it’s a damn beautiful thing to have someone 10 years your junior jump on the decks and completely rock it, especially for an older crowd. Legend in the making.

Amazing neo-soul / r&b / hip hop. This particular album track is from 2016, she brought out a new album this year but I haven’t quite caught up with it. Great artist, go check her out if you’re unfamiliar.

This has been a huge one for me this year. I originally found it on a world music CD boxset – I remember the moment clearly – on the couch in my ma & da’s gaff, mind completely blown. It just gets better and better. Then it was the first record I picked up at Superfly Records when I entered the shop, earlier this year. A gift from the Universe is how you know you’re going in the right direction. Big shout out to my spirit guides keeping it lit up there.

Mabuta – Welcome To This World

Out of this world space-age jazz from Jo’burg South Africa. As it happens one of the lads Chris Engel I think studied / lived / lives here in Dublin? I used to see him play in bands a lot. Amazing sax player. This is album is complete fire. It’s actually quite emotional. God damn it’s amazing. Released on Afrosynth / distributed by Rush Hour.

This €1000+ record got reissued a few weeks ago (lol coz collectors). I found out about the imminent release on a soul / jazz / rare groove Facebook group full of older e
English men. Ended up sending a random dude the cash on PayPal and a few weeks later got the 7” in the post. De-lighted. Talk about a rum & coke in your back garden while getting sunburnt summertime groover. Jammmm.

Big South African ‘80s boogie reissue courtesy of La Casa Tropical. The wider world knows about it from Hunee spinning it in his sets, but nerds can go here for the backstory. It’s always somewhat reassuring for me to read about these kind of characters who’re so much further down the vinyl rabbit hole than me…

I used to make a lot of edits to play in my DJ sets but fell out of the habit for a couple of reasons. Anyway my vinyl / digital ripping situation is really solid now so I’m back at it. This is my first one in years. A Caribbean boogie / zouk heater from 1985. The original starts with 2 mins of dodgy male vocals, and the good parts / catchy hooks only appear in the original fleetingly. So I took out the cheese & looped up the good bits. Downloads are enabled on soundcloud lads, merry xmas!

I live in the future so here’s one that’s about to come out in a couple of weeks. Local boy done good Jamal aka Moving Still has been exploring his Saudi / Arabic roots lately and just had his debut live set at Woweembeem. He has a banging edit coming out on Dar Disku in January. Keep your eyes peeled if it’s Arabic Bangers you’re after.