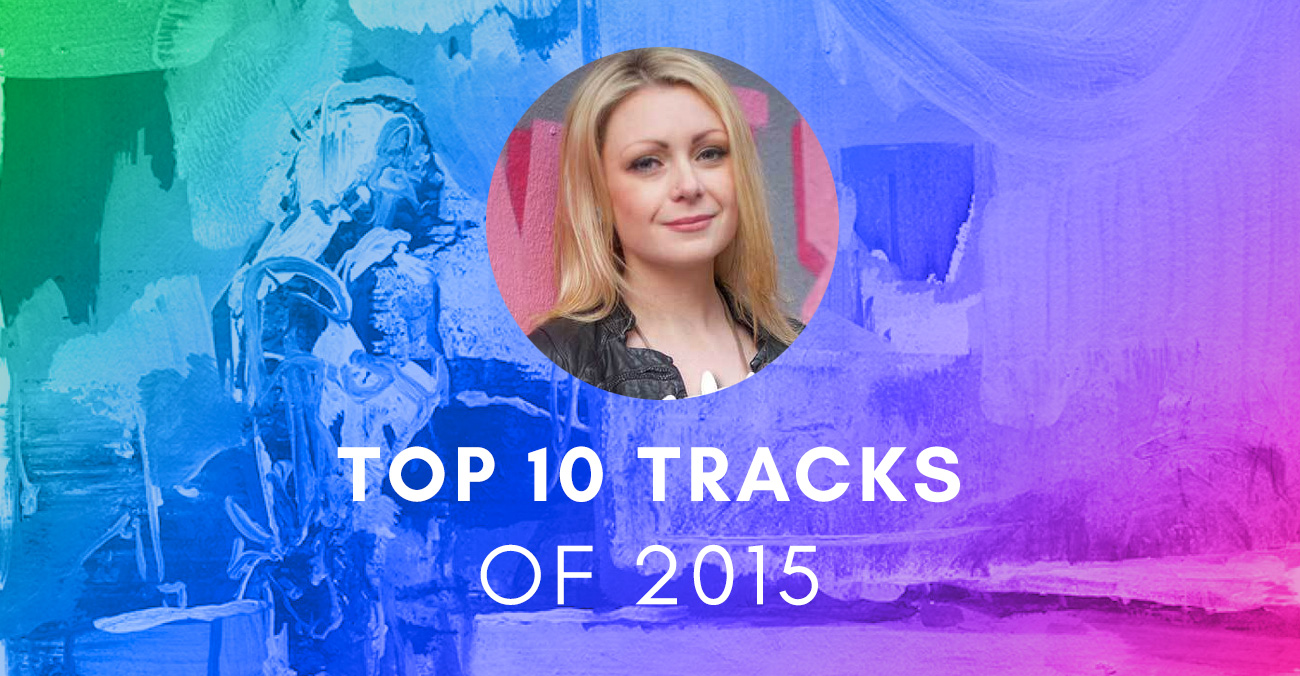 Claire Beck presents TXFM Daytime from 11am – 2pm every weekday, as well as Planet Hits on Today Fm from 6-9pm on Saturdays. She writes for Goldenplec and The Irish Sun and DJs in The Workman’s Club every Thursday.Here are her top 10 tracks of 2015 as part of the Best of 2015 series.

I remember playing this a lot on the radio, eagerly waiting for the rest of the album to arrive in my inbox. Amazing production, an absolute joy to watch performed live, always works a treat in a DJ set, and a lyrical subject matter I can totally get on board with (put your damn phones away, people.) The video is a work of art also… ‘she was sunny afternoons at the Pav and selection boxes at Christmas’.

Tower Records hosted a listening party for Carrie & Lowell on the eve of its release, which I attended with one of my oldest and dearest friends. Sufjan is ‘our thing’ and we just couldn’t wait to hear the album in full for the first time together. The event consisted of a bunch of Sufjan super-fans (you got a wristband when you pre-ordered the album) sitting on the floor of the Douglas Hyde gallery with headphones on, watching old footage projected onto the walls and crying silently into our beers. That looks really lame written down but it was actually really special in real life – promise. ‘Eugene’ is the only somewhat upbeat on a deeply personal album full of difficult (but totally rewarding) listens. I love its childlike simplicity and honesty and played it on the radio a lot.

So simple but OH so effective, I’m mad about this tune and have been playing it DJing at every opportunity all year. The first time I heard it played by someone other than myself was by Fish Go Deep at Indiependence and I danced my ass off. I love when my records have stories behind them also, so the fact that my vinyl copy of the Just EP was a birthday present from a special person makes taking it off the shelf and playing it extra lovely.

This song is TERRIFYING live, in the best way possible. Seriously by the time Adam says ‘bananas’ I’m in full fight or flight mode, but obviously I’m not going to run out of the pit at a Girl Band show so instead I just stay there feeling like I’m on a really scary rollercoaster, simultaneously feeling like I *might* die while enjoying every second. Incidentally, this also makes it a great choice for running and doing annoying housework at speed. My favourite track from Holding Hands With Jamie.

This tune embodies everything that made me fall in love with electronic music aged 13 and decide that music was all I wanted to work with/in for the rest of my life. The old school production and piano riff, the unapologetic hands in the air chorus, the fact that it could easily be a 15 year-old New Order track that still sounds fresh. It’s designed for getting totally lost on the dancefloor to, without seeming contrived, and when done well that’s just irresistible.

Sometimes if I’m really into the production on a record, and how it makes me feel, I notice the lyrics last. I got quite a land when I realised that the beautiful, sublimely happy Idris Muhammud sample was juxtaposed with some of the SADDEST break up lyrics ever. This tune will always remind me of piling my little car full to the brim with camping gear, cans and pals to head to weekend after weekend of summer music festivals, as well as finishing a few special DJ sets over the summer with it too.

WHAT a tune. I was toying with whether to go for the Soulwax remix or not, but decided on the album version as one of the reasons I enjoy it so much is hearing it work in so many different contexts. It really seemed like no matter who played it or in what kind of set, it was the highlight.

3. Villagers – Dawning On Me

I will never forget the Villagers show at The Olympia on the eve of the Marriage Equality referendum. When Conor O’Brien came on at the end and held up the Yes Equality t-shirt, it really hit home how badly people wanted the vote to pass. My pal Anna and I were pretty teary throughout the set, but this was the song we lost it to. Also, the lyrics are just so beautiful (even by Villagers standards) I had to include it.

I fell in love with this tune on first listen and it’s probably my most played track of the year, on radio and DJ sets alike. The TXFM stage at Longitude and the first time I played it in Mother are two stand outs, I can still see the faces of the people in the crowd just absolutely losing it. Shamir’s debut album Ratchet is stunning and while his live set up needs tweaking, I have high hopes for that side of things in the (hopefully very near) future.

Taken from ‘I Love You, Honeybear‘, my hands down album of the year, this song is just perfection. The whole album is perfection to be honest. I almost went with the title track as it was what he opened his live set with/what I completely lost my shit to all three times I saw him this year, or ‘I Went To The Store One Day’ because its just one of the most bluntly honest love songs ever written. However, Chateau.. is the one that fills my heart with joy the most. I mean, come on… just when you think it can’t get any better, POW! it’s Mariachi time. Perfection.