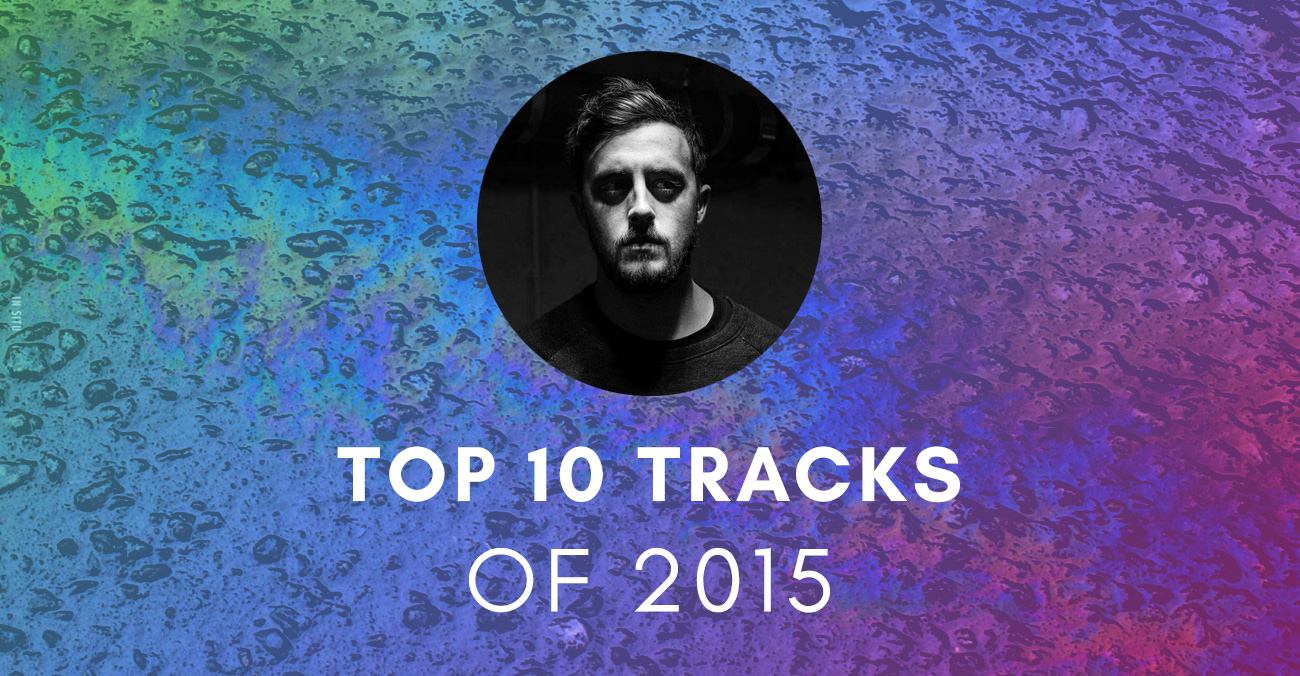 Daire Carolan is the founder of the Dublin label First Second, he’s a DJ and he works with All City.  The next First Second 12″ is due out in the new year and will be distributed by Lobster Distribution. You can catch him supporting Helena Hauff, one of his picks below, this Saturday in the Buttoner. Here are his top ten tracks of the year.

‘Spurned My Colour’ by Japan Blues definitely sneaked into my top ten this year as it literally only came out a few weeks ago on Berceuse Heroique. Japan Blues is a project by Japanese record collecting expert Howard Williams. Known by some Londoner’s for working behind the desk at Honest Jon’s but known by others for putting some slick Japanese inspirational cuts together. I couldn’t really pick one tune out of his but this is the one that was playing when I wrote this. So definitely worth checking out all his stuff… aaannnd why not check out his All City mix why you are at.

If you are a regular in All City records I’m sure you are very used to seeing a fine selection of Bradley Zero’s Rhythm Sections label in the shop. With solid releases from the likes of Al Dobson Jr, Prequel, Retiree, Choas in the CBD and more in the back catalogue it seems to have been a good year for them. For me personally, the Henry Wu that came out not too long ago is by the far the stand out. ‘Croydon Depot’ is just vibes, just a really nice swing to it or something.

Project Pablo is another one of the many artists popping out of Canada. There is so much good stuff coming out of there at the moment be it Pender Street Steppers, Jack J, Cloudface, Minimal Violence, Jock Club and so on. This record is definitely a perfect example of that. Having been originally released on tape then re-released on a 12” soon after , I Want To Believe is such an exceptional record but if I had to pick one tune on there it would have to be ‘Always’.

Herva has had one solid year for sure. After releasing How To Mind Your Own on All City at the start of the year he went on to release an album on Delsin,  do a few records on Bosconi, remix Nick Hoppner on Ostgut Ton and topped it all off with another album just out now on Planet Mu. The chap’s output is insane and I’ve a mad amount of respect for him. ‘Pressure Bumps’ is a driving broke up techno beat which definitely shows off Herva’s many talents as a producer and I’d highly recommend checking out that entire record.

Helena Hauff has gone from a residency at Hamburg’s Golden Pudel to being one of the most talked about DJs and producers in the underground electronic scene. ‘Spur’ is one of the hands down standout tracks on her debut album Discreet Desires which was out sometime in the Autumn on Actress’ Werkdiscs imprint. It kind of reminds of some very retro electro or something. Definitely been giving it the rinse in any of my sets as of late.

“Chilled out music you can dance to,” is probably the best way I would describe ‘Rushing To Paradise’ by Huerco S. Its such a perfect record to open a set with at a festival in the summer time or something. It has this building energy to it. So good.

Galcher Lustwerk is just vibes. I got to play with him sometime ago last year and I thought the way he would be just mixing and doing these slick vocals over his set on the mic was the coolest thing. One stand out part of that gig was when he started singing ‘Parlay’ which I sadly couldn’t find anywhere months after then this year he dropped it out on his own Galcher Lustwerk label… I’ve been playing it religiously since.

Listen to the Wino Boys.

Andrew Morrison aka The Cyclist is one of those producers who just has his sound down/ I’ve been very lucky to work with the man over the last few years helping put out his excellent Buz Ludzha 12” as well as his killer album Flourish last year on All City records. ‘Hot House’ has a very oldskool mixtape house sound to it. It could be something that was made years ago – that’s what I really like about it. Can’t wait for his next 12” on 100% Silk to drop too.

Laurel Halo has to be one of my favourite producers at the moment. Ever since I heard her Chance Of Rain album on Hyperdub in 2013 I had it on repeat for months. Honest Jon’s have just put out her latest offering In Situ which is a mix of funky, dubby, broken beat techno if thats what you can call it. ‘Focus’ is a really nice warm up track on the record. Definitely one to play at the Bernard Shaw or something or for an opening set. The whole album is good in general. Highly recommend it.