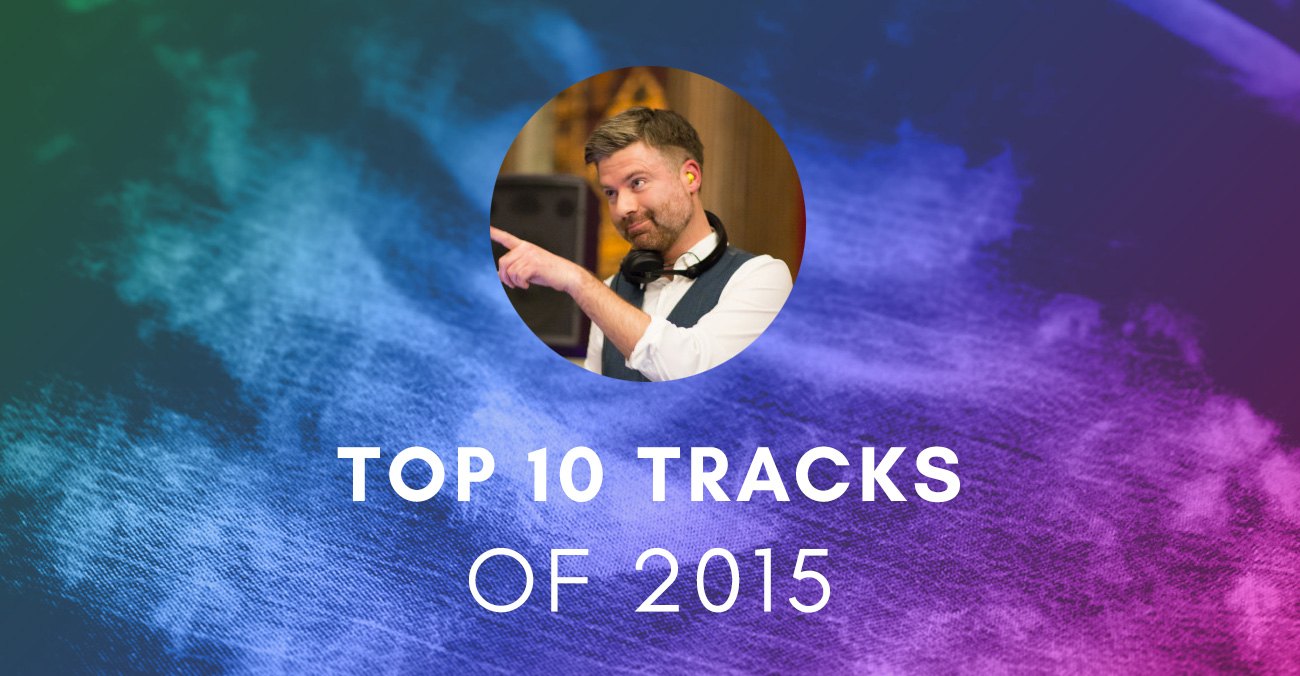 Cian Ó Cíobháin is the presenter of An Taobh Tuathail five nights a week on Radio Na Gaeltachta, he’s a DJ for 110th Street in Galway and for hire as a wedding DJ too (read my recent interview with him). He’s an excellent selector. Here are his top 10 tracks of 2015 as part of the Best of 2015 series.

It’s been years since I’ve heard a song as beautiful and as heartbreaking as ‘Fourth Of July’, a song which narrates one of Sufjan’s final conversations with his mother on her deathbed. The first time I heard it, the tears instantly began to flow. I can’t think of another song in recent memory that had such a profound emotional effect on me. Turns out, I wasn’t alone. A quick glance through the comments section of the song on YouTube reveals that the song has struck a powerful chord with countless other people around the world, with listeners reporting that they found themselves bursting into tears upon hearing it in public places such as on buses and trains, at work and in coffee shops. It was the final song that I licensed for ‘An Taobh Tuathail Vol 7’ and only then was that jigsaw complete.

If someone told me that a track based on deadpan narration by a vocodered voice about the ups and downs of a night on the tiles would be up there with one of my favourite tracks of the year, especially a track that plays out over 23 entire minutes, I would’ve replied ‘not likely’. But the fact that it is, well, this can only be a a testament to the genius of Dean Blunt, whose back catalogue I’ve long admired since his Hype Williams days. The track is a fairly unorthodox cover version (OK, let’s call it what it really is: a complete and radical re-write), of a track entitled ‘Julia’ by Archangel, which was originally featured on his LP ‘The Bedroom Slant’ last year on the always brilliant Foom Music label.

This is an epic track, full of unexpected swerves and irrepressible positivity. The intro comes on like Brian Wilson (no surprises, the album is called ‘Surf’) conducting the string section off some euphoric, long-lost Philly classic before the warm glow of the first vocal emerges and, eventually, the smooth and joyous rap. There’s quite the cast involved in the song and I’m not exactly sure who does what, but the main men are 21-year old Nico Segal (AKA Donnie Trumpet) and Chance The Rapper.

There is so much to recommend on the latest LP from pianist/violinist Anna Rose Carter and producer Christopher Brett Bailey, ‘Moon Ate The Dark II’, but this is the undeniable highlight. The slightly eerie intro is deliciously misleading as it gives no indication to the heart-wrenching cello that first emerges around the 3 minute mark, performed by Carys Davies – easily one of the most beautiful, yet mournful sounds I heard in 2015 – that gently ebbs and flows to the tune’s climax.

‘I gotta bone to pick’. I can’t think of a single other track released in 2015 that featured as much of “The Funk” as this instant classic from the trailblazing talent that is Kendrick Lamar. I love everything about it: the bassline, the lyrics, the devastatingly confident yet nonchalant, tight delivery, not to mention those outrageously infectious backing vocals. Altogether now: ‘What’s the yams?’

In a field in Co. Longford last summer, as dawn broke on a beautiful Saturday morning, my friend Phil Watson confided in me that he was setting up a new record label – Cavalier Records – with his good mate Tom Breslin. I knew straightaway that anything he would release would undoubtedly mirror the essence of the man himself: stylish, classy and intelligent, but with more than a fair dose of devilment. Phil and Tom spent months traipsing through Soundcloud links, looking to unearth unreleased jewels, until they happened upon Kolomon Trax, a producer from Frankfurt. Now, while I fully expected that their first release would bowl me over for all the previously mentioned reasons, I wasn’t seriously expecting them to release one of the tunes of the year… and at their very first attempt! The moment I heard ‘Trig Mix’, I felt like I knew it all my life. It has the deep sensuality of a record like ‘Can You Feel It’ by Mr Fingers, while managing a trick that only very few records ever pull off: which is of sounding of its time, yet also somehow sounding utterly timeless. I can picture the delight on some crate-picker’s face when (s)he comes across this in some other far-flung corner of the universe in a few centuries time. This is a tune that will transcend eras.

Bristol producer Nick Edwards AKA Ekoplekz is a particularly talented maker of music. I’ve been quite fond of his work up to now, but this track – which kicks off his latest LP Reflekzionz – is probably the most moving track I’ve heard from him to date, a track which I played to death on the show this year. The shuffling drums and the poignant riff on the piano puts me in mind of some of Aphex Twin’s classic works and there are indeed shades of German dreamers such as Popol Vuh and Cluster about the track. Yes… it really is that good.

This is music to be appreciated on a good set of headphones, a track to soundtrack your dreams. The producer grew up listening to bands like The Cure, whose melodies beguiled him and would linger in his mind and haunt him for days on end. In his youth, he purchased some basic equipment, a Casio sampler and a drum machine and poured himself into his music. Later, through Clock DVA, The KLF and Future Sound Of London, he became fascinated with techno. More recently, he found old DAT recordings and VHS footage of his youthful recordings which – rather than treating as nostalgic artefacts – he instead reclaimed those previously lost sounds and made the music he always wanted to make, in his own words, creating “teenage recordings orchestrated into densely layered tapestries”. Even without any knowledge of the genesis of tunes such as this, there is no denying the feeling of ecstasy that it evokes.

Lisa Nordström and Lisen Rylander Löve are Swedish-duo Midaircondo, who released their fourth LP, simply called IV, on Twin Seed last January. With an interest in avant-garde sound art, oddball electronica and melancholic pop, all their influences reach their zenith on this, the stand-out cut from the album and one of the most-played tracks on the show this year.

Kieran Hebden AKA Four Tet is the gift that keeps on giving. Rarely a year goes by without him contributing some vital record to the musical cannon (also, from this year, check out his remix of ‘Leave A Trace’ by Chvrches). The vocal sampled is from legendary Indian playback singer Lata Mangeskar’s ’Main Teri Choti Behana Hoon’, as featured in the 1983 Hindi movie ‘Souten’ (make sure to check out the original too: a gorgeous record). From such unlikely origins, we hear one of 2015’s most transcendental records, a record that takes up the entire of Side 1 of his Morning/Evening album and a record that will forever evoke the summer of 2015 in my memories.