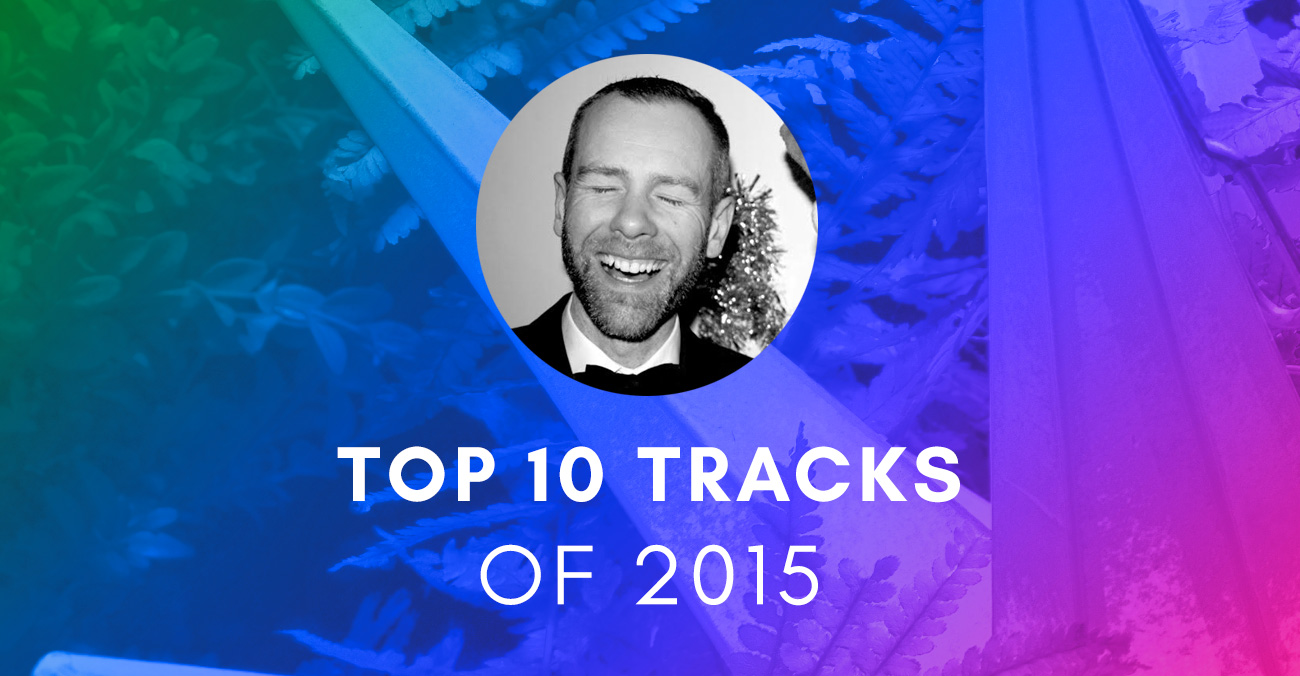 Simon Roche is a resident DJ at Lumo Club, the monthly night we started recently. He’s also DJing in the Odessa tonight alongside myself, Kelly-Anne and more. Here are his top 10 tracks of the year as part of the Best of 2015 series.

Sufjan Stevens – Should Have Known Better

A heartbreaker from a guy I never really listened to before. This one caught me every time I listened to the album, a perfection of chord changes, lyrical majesty and the most delicate sound texture that appears half way through could alone have you in tears.

When me and a much younger millennial friend were youtube duelling, and finding no musical common ground at all he put this on and there it was, 2015’s perfect pop moment that we could both get behind. A song so good that you don’t need to think about it for one second, and so short that you need to just play it again straight away.

When they supported Interpol over three nights in the Olympia, they debuted three new tracks off the forthcoming album and this one was searingly etched into the mind after first hearing it. A small step to a more accessible sound it still carries an industrial pulse, and a refreshingly bleak refrain.

I’m a sucker for a piano-lead pop track, when I first heard this on the radio one night I was hooked and it went straight on the Lumo playlist. I know nothing about the band but in my day-to-day if anyone in my office sees me bopping around in my chair with my headphones on 9/10 chance it’s to this track.

A chance look at the programme while at Iceland Airwaves and I see that Dan Boeckner – founding member of one of my favourite bands, Wolf Parade – has a new project called Operators. Our travelling crew leave one gig and arrive at the NASA venue to see this fresh band go from a standing start, with barely anyone knowing any of their output, to a sweaty in-the-palm-of-their-hand half-hour of fuzzy, frenzied electro rock. This track, so simple in its refrain, turned the entire room into a sea of people shouting “One, one, one, one… trueeeee love” in seconds.

Ah, more piano-lead pop and this time with the unequaled voice of Miike Snow’s Wyatt. Sometimes I imagine A-Trak in his studio finishing up a track and just saying to himself “oh Simon’s gonna love this one”. The guy has a hotline to my dancing gene.

My album of the year was Jon Hopkins’ Late Night Tales compilation, so immensely full of avenues to explore. The only track of his own is this instrumental reinvention of a track from the underrated Yeasayer. Hopkins is a man of such unwaveringly high quality output in all areas that when stuck on anything in life, I find myself thinking “what would Jon do here?”.

Megan James has the most gorgeous, bad-for-your-teeth voice in grown-up pop and in this song the band have constructed a slow pulse track that’s also a banger. Makes you want to walk through the city at night in slow motion with John Woo directing you.

Since the great wave of joy following Italia 90, Richie Egan has been tasked with the job of looking after the endorphins for the entire nation of Ireland. Knowing we could easily overload, once ever few years he floods our system again with the sort of music that makes you believe life is eternal and death defeatable.

I’ve seen this live three times in 2015, and it’s been perfect for each of those occasions so it was a delight to get a studio version released. Little did I know how huge this would be for me however. On the first night of Lumo Club it was always going to be our final track. On that night, as the lifelong dream of creating a club night with friends came true, a packed Bar Tengu danced themselves crazy to this track as myself, Gavin and Nialler fired confetti cannons out over everyone at the peak, and grinned ourselves stupid. As Talking Heads would say – once in a lifetime.