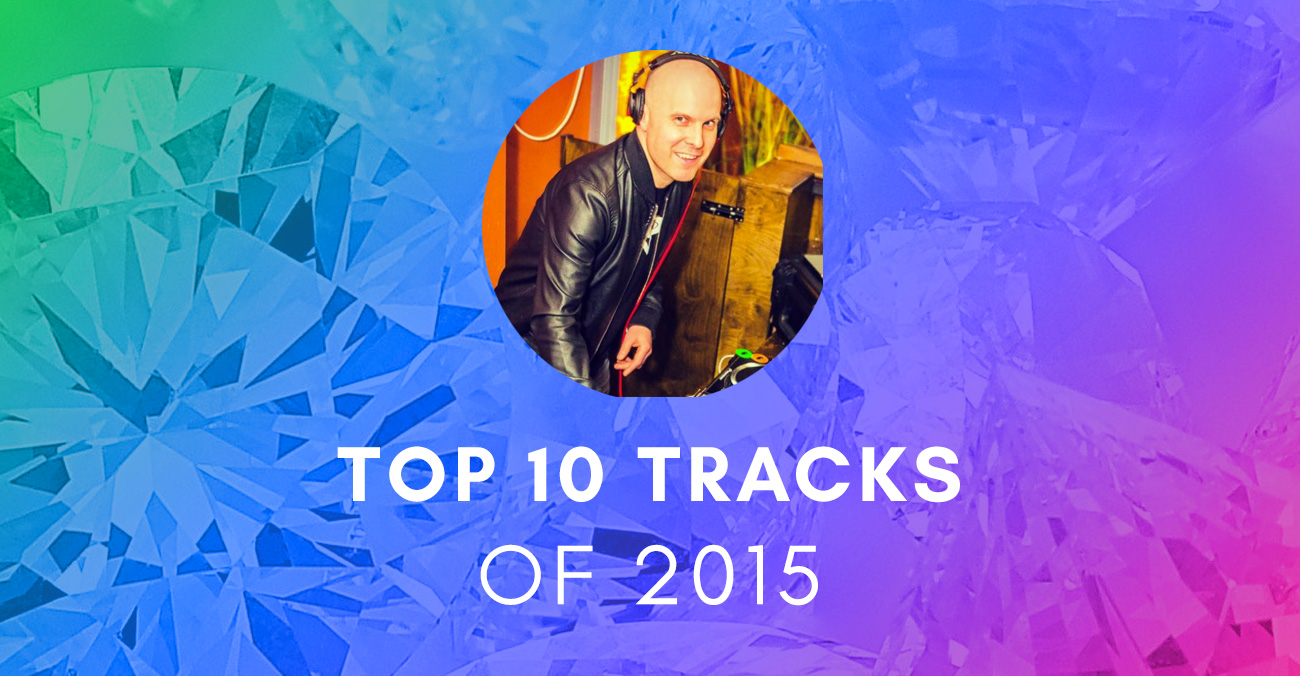 Stevie G DJs regularly around the country and produces music with Ian Ring as aboveDat, which launches on their Soul Jamz label in early 2016. Here are his top 10 tracks of 2015, in no particular order, as part of the Best of 2015 series. Check out his 2015 mix below.

“Have to turn it up pon the weekends”


The sound of the summer! So many great memories of playing this at all of the festivals, particularly when it was breaking back in May and June. It’s perfect really, and right up my street, blending some of my favourite sounds. I’m big on reggae anyway and this a real sound-system number, I play the Skepta and dancehall mixes quite a bit too. I have sampled the Persuasions album myself and a couple of times, but Jamie XX got everything just right on this jam.

“Nobody leave, there’s blood on the floor”

What a start. Isley brothers drums, that distinctive Thundecat bass, and my favourite opening line of any tune this year. Something special has been happening for quite some time with Thundercat and many of his peers, and it’s great fun being an observer watching it take shape. This guy is unbelievable and he was also responsible for my favourite gig of the year, in Dublin’s Sugar Club recently.

“We would only hold on to let go”


The best songs are often deceptively simple. And some of the best ones can survive being completely overplayed too. This track still makes me smile and it provided me with my best moment of the year late one saturday afternoon playing it outside in the sunshine at the Bacardi area of the Electric Picnic, as a huge crowd danced like it was the last sunny day of the summer. It probably was, and all of those smiling faces can’t be wrong.

“Sorry to annoy you, but what the fuck is that?”. This happens every single time, what a record! Floating Points is one of the very best, and his own recent album is outstanding. This is from earlier in the year, even though I only picked it up a couple of months back from Albert in Plug’d. Can’t help you with the lyrics this time though.

“Jumpman them boys up to something”

Hate him or be mildly annoyed by him, he’s got the bangers and he is very prolific. This could have been any of a number of tracks released this year, and I’m a fan of Future too. The BPMs are a lot slower than when i used first play hip-hop 20 years ago, but it’s great music to dance to nonetheless. I personally go crazy when I hear this music.


Okay, it seems to have been with us forever, but the remix only dropped this year and it’s a big club and festival favourite once again. Gregory Porter is one of many outstanding jazz artists making their mark in not only jazz circles, and it’s great to see himself, Robert Glasper, Kamasi Washington, Thundercat, Christian Scott, Esperanza Spalding and many more, getting more established. Great remix.


More reggae and soul vibes! Being self-employed sure sucks a lot of the time, but this song will make all of us involved in music feel a whole lot better. We are the lucky ones! Beautiful lyrics and a big anthem in my car, my daughter in particular loves this one.

“We gon’ be alright”

I mentioned some of the jazz cats involved in “To Pimp a Butterfly” already, and again, it’s been a real privilege to see something like this grow so big week by week on dance-floors as it happens. An important album full of important musicians and huge anthems; and one which managed to do the impossible in satisfying expectation levels that were already through the roof after “Section.80” and “Good Kid, M.A.A.D. city”. Massive.

“I’m just a simple artist trying to do my job”

The Rusangano Family coming on strong. I can’t wait for the next album in 2016. Murli, God Knows, Mynameisjohn and Naive Ted (who crafted this beat for the Murli Surface Tension EP) are making great music, and I’m fully confident of an international breakout next year too.

“I never want to make you change for me babe”


Two of the greatest musical talents of all of my years DJing drop a pre Christmas treat. Erykah Badu has never made a bad step so far, and this little mixtape will keep things ticking nicely over until she releases her next album proper. She is as relevant as ever and can effortlessly come up with hooks and jams at will.