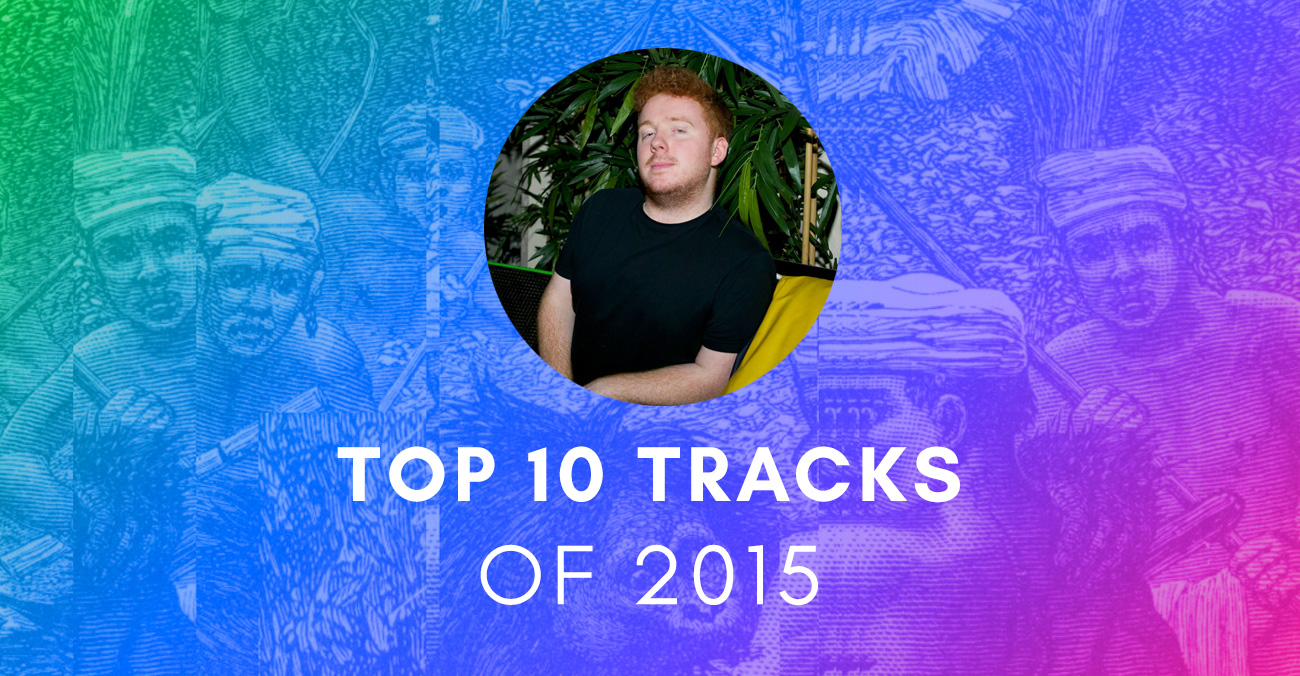 Niall D’Arcy aks Dj Deece is a resident at Somewhere Club? on Wednesday nights, with Hidden Agenda and one half of Decent Perks. He is a Kildare man. Here are his top 10 tunes of 2015.

The best song released in 2015, in my opinion. I know this is a very easy track to pick as my best of year, as so many other people have it as their favourite too, but that’s simply how good it is. “EVENTUALLY! AAAAHHHHH” has pretty much been stuck in my head since I first heard it. An amazing tune, from an amazing record. Missed them at EP but hopefully they’ll be back soon.

2. New Jackson – Having A Coke With You

This is my favourite dance track of the year, 100%. There is something so incredible about how it builds from start to finish. The strings are perfect. I’ve always been a massive David Kitt fan, but he’s taken it to new levels with his New Jackson productions this year, and I think he’s going to turn into a massive name on the European house/techno scene next year.

Probably my favourite house track of the year. It came out back in June, on a really cool Danish label called Tartelet Records, who constantly put out great records. I love the the bass line in this so much. It’s so clever the way it dips in and out, constantly grabbing the attention. This has been my go-to track to get the floor moving in my warm-up sets this year.

I probably haven’t got this as my number one track of the year purely because I had “Looking Forward To You” by Jack J as my top track of last year, so I can’t have the same artist number 1 two years in a row. This is probably the one record that hasn’t left my bag since I picked it up back in July. Released on one of the best labels around at the moment, Future Times. It’s got that signature Jack J sound to it. It all sounds natural and live. Amazing.

Another man who has taken a massive leap forward in 2015 is Fort Romeau. This one came out in May on Running Back, which is another label I have all the time in the world for. There’s a few of his tracks that I could have put on this list, but Saku is his standout production of 2015 for me. Such a simple club track. A really catchy melody paired with a really solid beat, and an uplifting bass line. Makes it sound so easy, but if it was then everybody would be doing it.

I am SO HAPPY that Jack is putting music out again. He’s the most talented guy I know. He’s been sitting on the new record for so long, and I think I’m as excited as he is at this stage for it to be out. It’s amazing. This is a great choice as the first single from the album. It’s so euphoric, and I think it captures his sound perfectly. Wait ’til you hear the album.

Firstly, nice one to Handsome Paddy for putting me on to this tune. This is my favourite hip-hop record of 2015 for sure. It’s soooo heavy, but still incredibly catchy. I’ve been playing this one every Wednesday down in Workman’s for the last few months, and the place goes crazy every time. Heard the show at Metropolis was incredible, so hopefully he comes back next year.

This one has to be the biggest club track of 2015. It came out on Dixon Avenue Basement Jams, back in June. It’s been a massive year for that label actually. Everything they’ve put out has been brilliant. I’ve heard this one out everywhere and it sounds absolutely massive every time. It’s got that massive electro synth that drives the track from start to finish basically. An absolute monster of a tune.

An absolutely incredible funk track from one of the best around. This has been my jam this year for when you’re just out of the shower and you’re getting ready to head out. It’s so smooth. It puts me in the mood to party every time. Can’t get enough of it!

Lastly, the best pop record of this year by an absolute mile in my opinion. A lot of people have their opinions on all 3 of these guys, but you can’t deny that they are all very good at what they do. This track is so bloody catchy. The way they sampled Bieber’s voice for that screechy bit is genius. I’ll have a very strongly worded argument with anyone who tries to tell me this tune is shit.