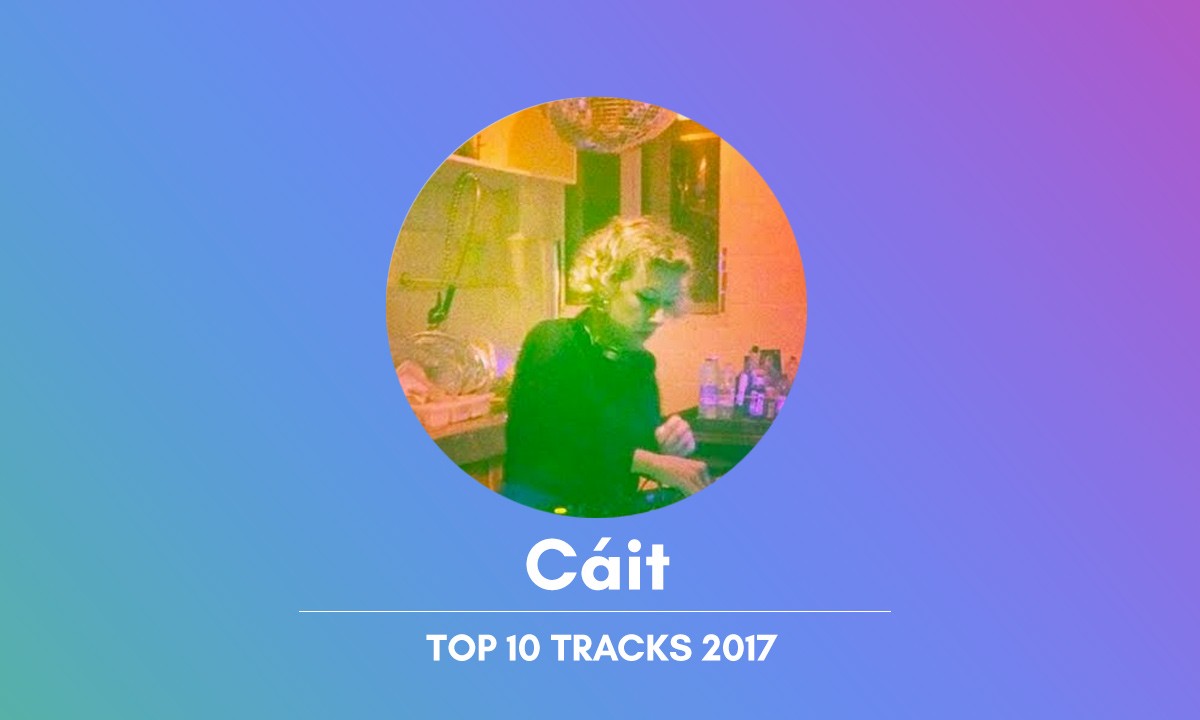 Photographer and member of The Dip DJ collective Cáit Fahey shares her top tracks of 2017.

Bong Gozling – Between The Slippage

Some murky acid thundering it’s way to you from Berlin via Longford. This record technically came out late in 2016 but I had unfairly slept on this one until this summer. Have kept it in my bag since.

It was a hard toss up between “Doof Doof” and “Quarter Life Crisis” off Melly’s Low-Pressure EP. Couldn’t believe my ears when I heard these tracks first, still get me every time.

Lastminuteman – To Him Who Has Nothing

Poetic observations of Dublin are painted with gurgling and rumbling melodies over drawling syncopated rhythms. The elusive Dublin producer put 5 tracks into the ether with this deadly EP on wherethetimegoes. “Phi” is always my go-to track to loosen up a room for those early warm-up sets.

Shanti’s back banging it out with her signature elongated spacey pads. Here they are sitting in perfect harmony with those big breaky drums and some twinkly water drops sprinkled on top. Deffo my favourite track from her yet.

Ticks all the boxes. Nostrils flared on this one all the way through til the end.

Sounds like all Sias’ machines are about to break down, but jitter back to life for one last dance around Brickfield Park. Played this one out a lot this year and always looked forward to that breakdown. It was released as part of the Jheri Compilation, featuring burning hot local talent from Soft Stone, Cailín, Sage and more.

Whenever I need a something calm and soothing for my ears I always go to Dreamcycles. Her radio shows have been so inspiring and deliver the same tranquillity as her productions. This song is from Persephone, an album of six tracks released on cassette.

Those Wah Wah Wino weirdos pressed all their best efforts onto a deluxe disc this January. Hypnotic slow-mo electro on this one.

New Dublin label Pear have been knocking it out of the park with three big releases this year, R. Kitt, Big Miz and most recently the Pear Pal compilation. This track comes from the latter and is another alias from D.Tiffany and Regular fantasy delivering some more blissed out Vancouver house. The real favourite track I’ve heard all year will be released on Pear next year so keep an ear out for what they have coming next.