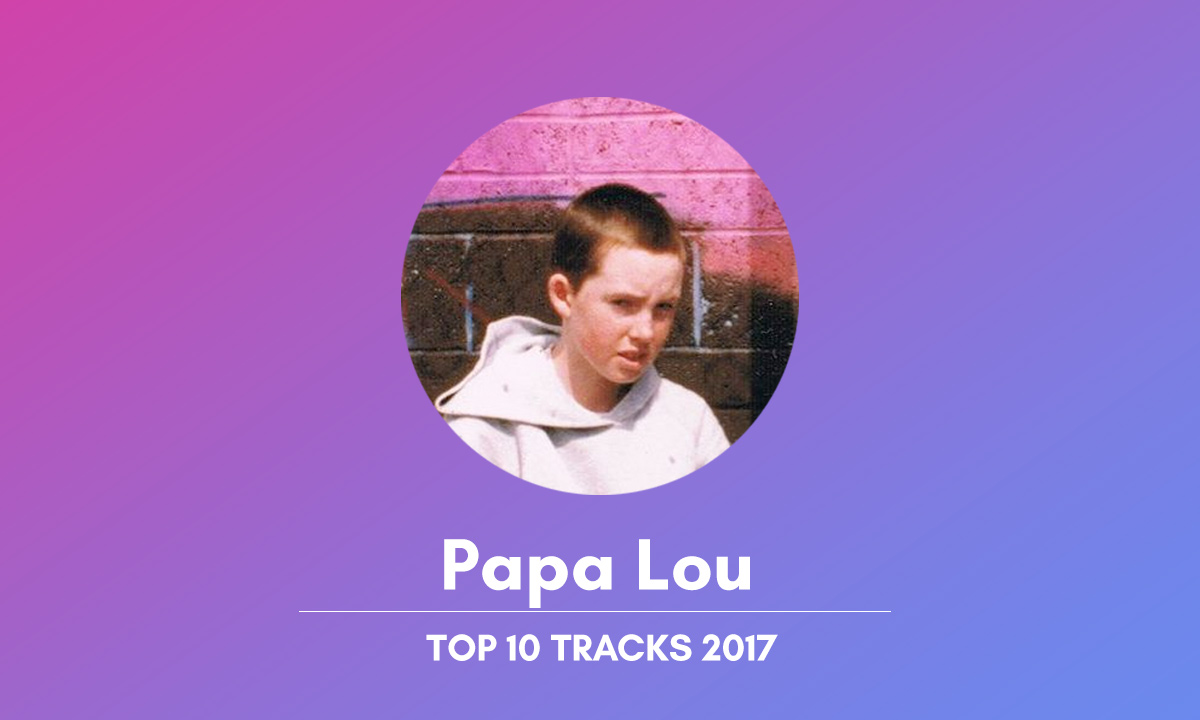 Louis Scully aka Papa Lou is a DJ and promoter of various Dublin nights including Discotekken, Telephones, The RnB Club & The Pictures. Here are his top 10 tunes of his year.

I was digging in London during the summer and the lad behind the counter at Sounds of the Universe stuck this on the turntable. Everyone immediately stopped in their tracks, looked up and asked what it was – then bought it on the spot. That was the day of its release, from the Manchester Swing Ting crew, and pretty sure it sold out everywhere within 24 hours. Been reissued again recently though, and you can buy it digitally too. Stunning reggae acapella with minimal keys and effects, placing the listener’s full attention on the vocal. Massive respect for this creative decision.

Soule – What Do You Know

Absolutely banging one from Dublin’s Soulé. I love how many different musical influences are being melded together in this. Dancehall, pop, R&B etc. Kiiiiilling it.

Again.. absolutely loving the various influences coming together to make this one. You’ve got a jazz-funk bassline, keys that could work on a big house track, both “types” of hip-hop drums switching between a jazzy ‘90s vibe and 2017 trap… all kept together by perfectly arranged R&B vocals. Serious talent here.

Huge afro-disco anthem reissued by Analogue Africa earlier this year. AA is one of those labels that just boggles the mind. Endlessly reissuing the most beautiful and amazing music from Africa – legitimately, paying the original artists, and with careful attention to detail on design, packaging etc. Incredible. Louis Eko Roosevelt has been the subject of some further attention recently with the explosion of afro-disco’s popularity. A French label called Nubiphone did a legit reissue of some of his stuff from ’75 – ’82 as well. In this case the design is awful but the music definitely is worth checking out if you dig this stuff..

Choppy stabby synthy analogue (?) techno from Patrúin’s Oli. Made in Ireland! Great stuff coming so far from these local cats.

This actually came out in ’16 but I didn’t hear it until this year and it’s been a highlight of all her gigs I’ve caught to date. Gorgeous soulful pop / folk with Libyan influences from Meath’s finest Farah Elle. Excited to hear what she does in the next couple of years.

NxWorries is a collab project between Knxledge and Anderson Paak. What a duo!! This actually came out in 2016 as well but I only came across it this year… Olan was playing it when I walked into All City one day. Bought it immediately, didn’t matter what the other tracks were like, Droogs is pure fire. I don’t know anything else that sounds like it. Like I keep saying, this modern R&B stuff bringing so many subtle influences together to make something new, understated and catchy as foo*. Mad track.

The James L’Estrange Orchestra – Groovin’ You

Orchestral, dancefloor jazz version of disco classic ‘Groovin’ You’. Basically a successor to ‘1960 What’ by Gregory Porter in that it’s jazzy and clubby at the same time. More of this kind of stuff please, world!

Technically released at the end of 2016 but re-entered the U.S. charts in August 2017 and generally gained momentum throughout 2017. I didn’t set out to make a list of R&B songs but it seems like this is the musical landscape catching my attention the most this year. Amazing tune but important to note it’s basically a cover / remix of ‘I’d Rather Be With You’ by Bootsy Collins.