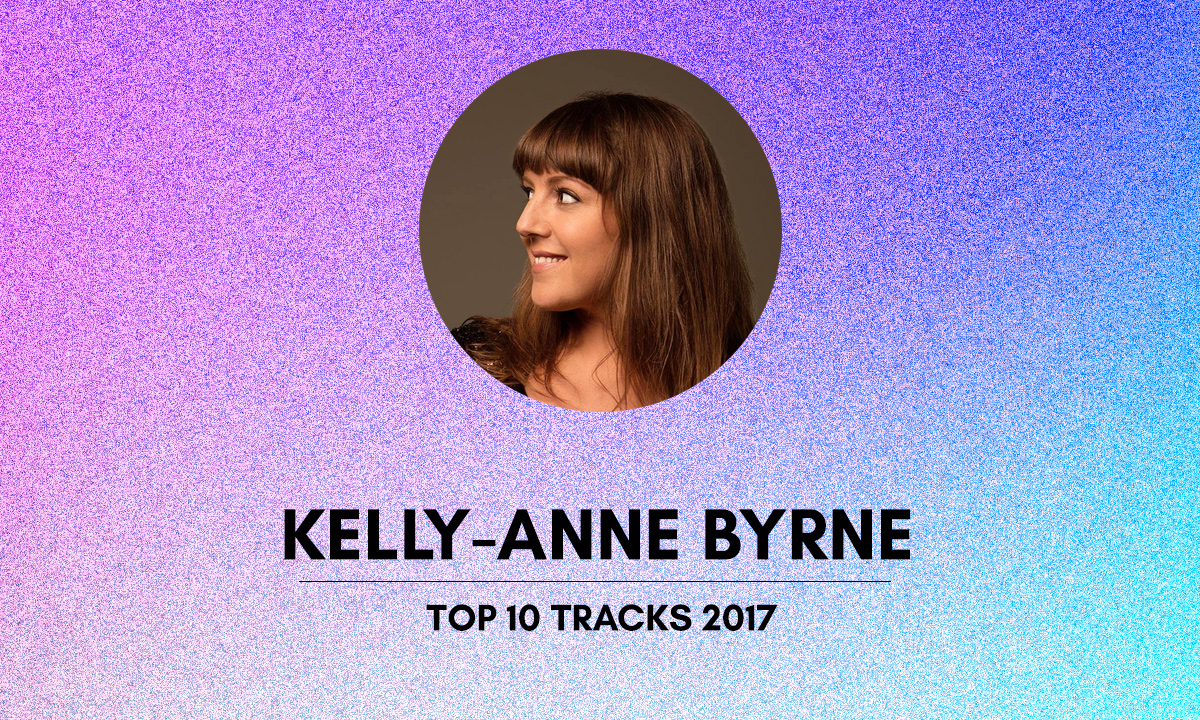 Kelly-Anne Byrne is a regular DJ at festivals throughout Ireland. She’s known for her love of disco and soul, which manifests on the airwaves with her nationwide show on Saturday and Sunday night on Today FM called The Beat Goes On. Kelly-Anne plays the NYE Ball at The Sugar Club.

Back when this was released in January, I said on my radio show that it was probably going to be my favourite song of the year; my mind hasn’t changed on that. Every time I hear this, I well up, it’s just so beautiful: the melody, the lyrics, and the emotion in Sampha’s voice. I was really happy to see him win the Mercury prize for Process.

This song by jazz musician Kamasi Washington is pure magic: I feel like this is the record I would want to hear on my way to heaven, it’s so calm and peaceful. The first time I played it on my show, I got emails and messages for about two weeks after asking who it was by. I was lucky enough to see him in The National Concert Hall, the gig was amazing. There were so many talented musicians on that stage just loving life and what they do; I left with the biggest smile on my face.

The Black Madonna – He Is The Voice I Hear

This record blew my mind on first listen: the piano intro, not quite knowing where it’s going, then the way it builds after, it’s such a well-produced track. It reminded me of tracks such as The Celestial Choir’s ‘Stand On The Word’ and Candido’s ‘Thousand Finger Man’, those timeless disco records played by Larry Levan back in the days of Paradise Garage. I love The Black Madonna and everything she stands for.

This tune by David Kitt’s New Jackson is probably the most played track on my radio show on both Saturday and Sunday nights, I never tire of it. There is something so uplifting about the melody and David Kitt’s voice; I also love the James Brown sample. It’s the title tune to New Jackson’s debut album, which also happens to be my favourite album of 2017, there’s no end to David Kitt’s talent.

This has been played by yours truly at probably every festival since its release. The song is a combination of Sylvester’s ‘Do Ya Wanna Funk’ and Hot Streak’s ‘Body Work’, both superb tracks when they stand alone, it’s no surprise then that together they are dynamite.

This song fills me with emotion every time I listen to it; it’s just a simple track about losing love and being reminded of that love on every street corner of the city where it once flourished. It helps that it is written about the magical town I lived in that I miss so much.

Karizma – Work It Out

Released on the Lumberjacks in Hell label earlier this year, this is another festival favourite of mine. It’s just a killer tune combining gospel with house, full of pure joy.

This track makes me think of the brilliant bands signed to Factory Records such as A Certain Ratio and Quando Quango, it’s where funk meets punk with a raw edge. I get goosebumps every time I listen to this.

I’ve always been a big fan of Saint Etienne and Sarah Cracknell’s voice. This track from their latest album Home Counties is the best on the record for me, it’s pure disco and so much fun. If I’m ever in a bad mood, I stick this on and it instantly makes me happy.

I think liking this song needs no explanation, the fact that it features Kenny Loggins and Michael McDonald is enough in itself. Outside of that, it’s just a smooth, sexy number from a brilliant album.