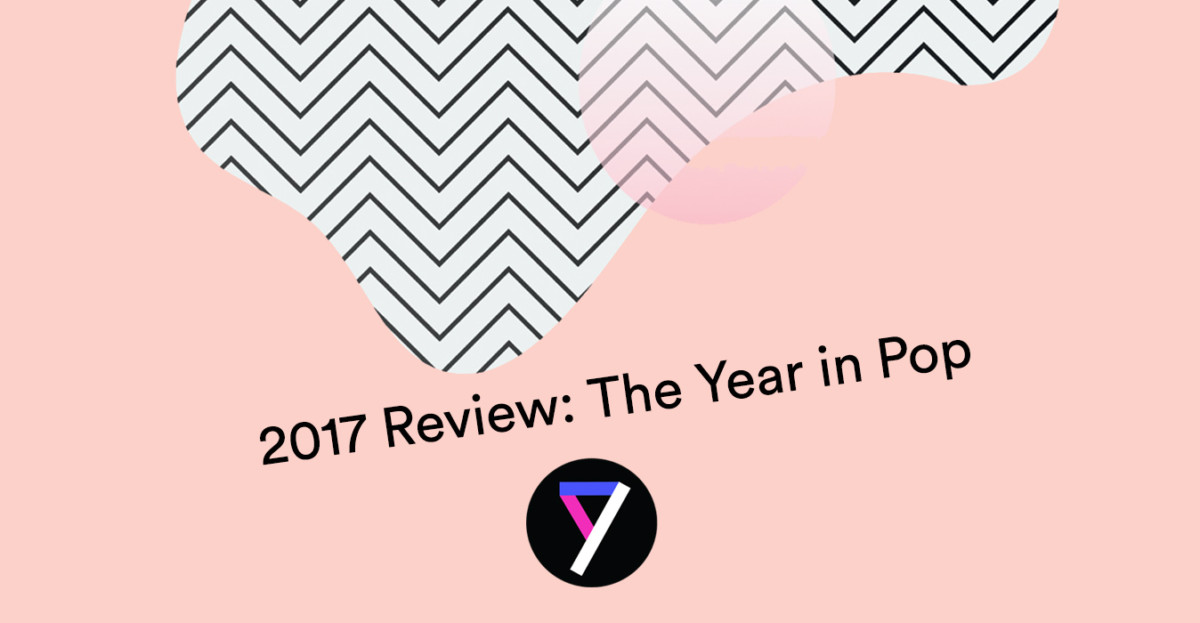 Popular Music, like nigh on everything else, has been dominated with political sentiment in 2017. In a year where issues of race, class and gender were (sometimes painfully) brought to the fore of civic discussion, music has dutifully followed suit.

In fact, much of this year’s popular music can be viewed as a reaction to political stimulus, whether it be civic, social or body. Barring the possibility of a new mega-hit emerging in the rest of December, the year’s most popular song is undoubtedly ‘Despacito’, sung by Luis Fonsi and guest featuring Daddy Yankee.

The Grammy-nominated song, considered by many to be a shoe-in for the award, has continually broken commercial records since it’s original release in January of this year. Perhaps the most relevant broken record of all associated with the sultry Latin smash hit is it claiming the mantle of having the most weeks at the number one spot for a primarily Non-English song.

Considering the recent growth in anti-immigrant sentiment across the political landscape the fact that a loud and proud Latin song became the monster tune that it did speaks volumes about where the political allegiances of the youth lie. Even though it remains only token, it is a sweet gesture none the less.

“Lamar, on the other hand, seems intent on highlighting, criticising and interrogating many of the underlying attitudes and behaviours of the society he exists in.”

Any discussion of popular music in 2017 must include an examination of African-American rap and hip-hop. While ‘Despacito’ may grab all the record consumer numbers, the most influential album of the year must be accredited to DAMN, Kendrick Lamar’s fourth studio album release. Lamar has always been an artist able to bridge the gap between the conscious and the commercial, yet the release of DAMN has seen his name become synonymous with popular culture while providing some of the rappers most thoroughly provoking and controversial lyrical content.

Most artists seem to grow more conservative upon reaching a certain level of super-stardom. Lamar, on the other hand, seems intent on highlighting, criticising and interrogating many of the underlying attitudes and behaviours of the society he exists in, even if this process is painful for both the artist and the audience.

Most of the lyrical content throughout DAMN focuses in on racial issues. Lamar does also provide commentary on the shortcomings of capitalism and prescribed gender behaviours. It’s hard to imagine such an artist becoming the mainstream and critical tour de force he is without the current political climate motivating his music.

“Considering the recent growth in anti-immigrant sentiment across the political landscape the fact that a loud and proud Latin song became the monster tune that it did speaks volumes about where the political allegiances of the youth lie.”

2017 has also seen many non-traditional forms of rap and rappers emerge into the commercial field. Trap music, also diminutively known as ‘mumble-rap’, has finally reached the top of the Billboard charts after many years of mainstream dismissal. Georgian trio Migos’ second album Culture, released in January and debuting on the top of the Billboard chart, has had a massive part to play in this process.

For many years the West and East coasts of America have held sway over the rap empire, now the emergence of Southern Trap has offered a third voice in the debate. The album reads as a who’s who of Southern trap, with features from Gucci Mane, 2 Chainz and Lil Uzi Vert. It sported three separate charting singles. A very impressive feat from a movement that until this year was considered by many to be hugely unequal to its East and West coast counterparts.

Race was certainly not the only set of politics to dominate popular music in 2017. In a year where the leader of the free world has been caught on tape promoting sexual harassment and countless Hollywood industry leaders have been accused of the same, many pop artists have responded with strong messages of female agency.

Next to ‘Despacito’, the most popular song of 2017 is Cardi B’s ‘Bodak Yellow’. In many ways Cardi B’s ascent to mainstream stardom can be read as running parallel to the growing debate around gender equality. Writing and performing from a genre typically populated by males, her dominance in the Billboard chart is in it of itself a challenge to gender norms. So too is the lyrical content of her songs, promoting sexual liberation and a confident body image. It is exactly B’s refusal to reject or even hide her own personal history from her songcraft, even if much of society dictates that she should, that allows her the voice of a 21st century female icon.

When compared to the musings of female pop stars in the 2000s, the messages being emitted from contemporary pop stars such as Cardi B, Beyonce and Adele make it clear just how far the discussion on gender politics has come in such a short space of time.

The fact that Solange Knowles was awarded the Billboard 2017 ’Impact’ award for her stunning third album A Seat At Table is further proof of the matter. An album interwoven with alternative messages of African – American and female empowerment, its nod of approval from the people who run the charts is a large step forward in giving a platform to politically conscious female pop music.

Now that the dust is settling on a tumultuous year, it’s clear that in 2017 music must tap into the every day of the people for it to be popular. Having grown up in a time where pop music consisted of faux-deep sob stories and club bangers it’s nice to know that the political appetites of the common listener have expanded into their taste in music. Now more than ever, people turn toward artists and cultural leaders more so than anyone else to set the example that we all follow. Despite everything else that may be going on in the world, it’s comforting to know that they’re setting the bar so high.

Here’s to another fantastic year in popular music.