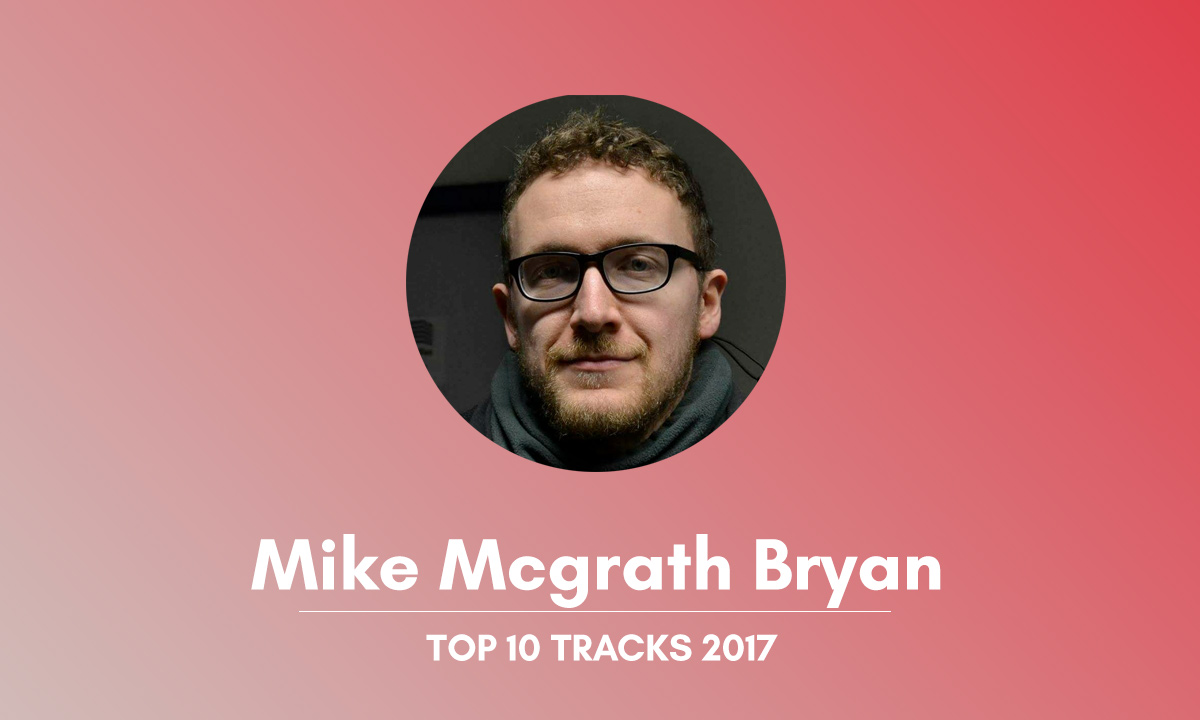 Taken from Ted and friends’ ‘The Minute Particulars’ series of collaborative extended-players, ‘Only the Oppressor Knows Peace’ is as effective a summary of the masked skratcher’s mad genius as you’ll get: an ear-catching mover of a beat gradually goes on a couple of odd tangents, before escalating into a thrilling, sense-inflaming bout of utter confusion. MurLi’s bars here are also hands-down the best on any Irish hip-hop endeavour this year, hands down.

Lankum – What Will We Do When We Have No Money?

Let’s get this straight – ‘Between the Earth and Sky’ has several track-of-the-year nominees among its handful of assorted compositions and re-arrangements. The bossman here is most fond of Déanta in Eireann, and he’s not wrong about the lads’ eight-minute derailment of the Irish condition. Likewise, there’s seldom been as affecting a few minutes as their take on concentration-camp mantra ‘Peat Bog Soldiers’, or as joyful an Irish singalong as their take on anti-conscription piece ‘Sergeant William Bailey’. So, while I might catch flak for going with the album opener, I’m going to go with it: big, thick drones, pushed patiently from out of uilleann pipes, underpin a song that needs little more than Radie Peat’s goosebump-inducing holler to carry it. It’s everything that makes this band great.

A record that we’ll be looking at as a high-water mark in years to come, in my opinion. Dubland improvisers The Jimmy Cake have unveiled in this year’s Tough Love LP a layered, shifting beast of a composition that reveals itself to the listener in its own good time, on its own terms. Thick with synth-laden foreboding and heavier than a really heavy thing. Absolutely uncompromising, and all the better for it.

How are these boys still teenagers? Is there more like this to come from these people? Are they going to get better with experience? ‘Cause I really won’t be able. Mankyy just brings all the confidence in the world to his production, just knocking a cheeky Rhodes piano riff at the low-end here like it’s nothing. Jonen’s rhymes here are frankly frightening, going in on Paddywhackery and toxic masculinity before dropping this finishing move: “I don’t need no hand to hold, but I’ll shake hands with a man of the same plans and goals”. Stunning.

That it most certainly is. Like if Adebisi Shank were ripped from their anime dreamstate and thrown headfirst into a bag of somehow even bigger, more awkward riffs. To say nothing of the absolute wildcard of a reference to ’90s dancefloor classic ‘Save Yourself (For a Princess)’, which is just brought out of itself by the band’s post-rock arrangement of same. Savage.

We’ve all been left in the wreck of a failed relationship, a missed connection, a once-off that stayed that way. In what’s been an eventual year for YP and the rest of the Outsiders Ent. crew, his album ‘Alone. Insane. Alive’ serves as a highlight, one that’s unfairly kinda been slept on, to be honest. ‘Saddest Day’, aside from being the long-player’s leadoff single, is an achievement in its own right. Honestly identifying the pain and alienation of rejection, an extra layer of hurt is just piled on in its subsequent reflections on toxic masculinity and repression.

Dan Walsh and collaborators have had a very productive year or two, with a number of live or as-live releases under their considerable belt. Studio debut ‘The Things in the Room’, then, represented a proper step forward for the project and it shows. Blue Paint has been a part of their shows from a very early stage, a chasing, circular bassline laying the foundations of some very gentle interplay between the rest of the band, assembling a brittle piece that falls between psychedelia and jazz.

Every second of this tune in particular is just so enjoyable, which is a lot considering Kojaque’s body of work and facilitation thus far. From the off-kilter clavier (?) riff that sits atop it, to the procession of fleeting moments of lyrical brilliance that just go past, from none-too-subtle Tame Impala winks to beautiful nonsense like “wish this burner had an ID caller”. Topped off with a video that tickled your scribe just right with a near-perfect smart-arsery/stupidity rati

Missed LOAH and band a week or two back at Cyprus Avenue, which I’m still kicking meself over. This tune debuted three years ago in this very parish, but received its formal release this year on her ‘This Heart’ E.P. A mournful, beautiful piece that receives the full benefit of time and studio work, every single flourish and note underneath is made to count, and stands out as such, adding a sense of authority to the performance of a genuine, human piece of music inspired by a friend’s mother’s passing and sung in Sierra Leonean languages Sherbro and Mende.

It’s hard to explain what I love so much about Destriers in one pass. There’s so much at play sonically and so much they’re good at in terms of putting down heft, and ‘Redeemers’, off their debut E.P. ‘Cynosure’ just does all the talking in that regard for the lads. Taking the progressive hardcore templates of bands like Botch and just distilling their down to their nastiest, most brutish and therefore most effective. Filth.