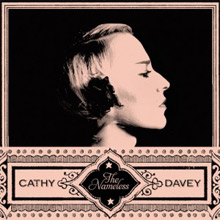 The last guest post this week comes from fellow blogger Shane Culloty, aka the writer at the helm of Ireland’s best and (I feel under-appreciated) The Torture Garden blog. Play us out Shane.

There are two things the Ambience Affair do spectacularly well. They can take a hook and build a song around it steady and strong, adding to it layer after layer until they have something excellent, as seen on their single ‘Devil in the Detail’. And as if that wasn’t enough, when they get on a stage they can take that same song and tear it to bits with a passion and intensity you don’t generally see from two beardy Irish guys playing acoustic instruments.
The Ambience Affair – ‘Parting Patterns’

This band are so up my street it’s a wonder I don’t meet them on the train each morning. Shimmering guitars, atmospheric vocals, and a talent for building a song steadily, note by delicate note – these are the kind of things that make me crazy about a band, and O Emperor definitely deserve that kind of praise.

I do tend to go on about Cathy and her ability to somehow continue outdoing my expectations. There are songs on her new record that are so perfectly written, so insistently good, that they will dig themselves into your heart (and I mean that in the nicest possible way.) She’s stunning live too, bringing more personality and charm to each song than you usually see on an Irish stage. Our finest musician at the moment, in my opinion.

Hunter-Gatherer’s 2009 album I Dreamed I Was A Footstep In The Trail Of A Murderer is a real slow burner. It took its time getting into my head, but once it did, barely a day went past that I didn’t hum one of the record’s myriad hooks. It’s a long album of gloriously dark and austere electronica, with moments of scattered genius that shine like stars.

Hunter-Gatherer – Left For Dead by huntergathererforever

Another Irish band with a more electronic sound – this is a brother-sister act with a serious knack for atmosphere. Their debut ‘How the Light Gets In’ features some stunning tracks that are equal parts song and aural landscape, featuring delicate and stark vocals rising above a gorgeous mix of beats, samples and synths. Their recent EP, ‘Desecration’s also revealed they have a gift for emotionally striking covers. Their rendition of Pavement’s ‘Here’ is essential listening.