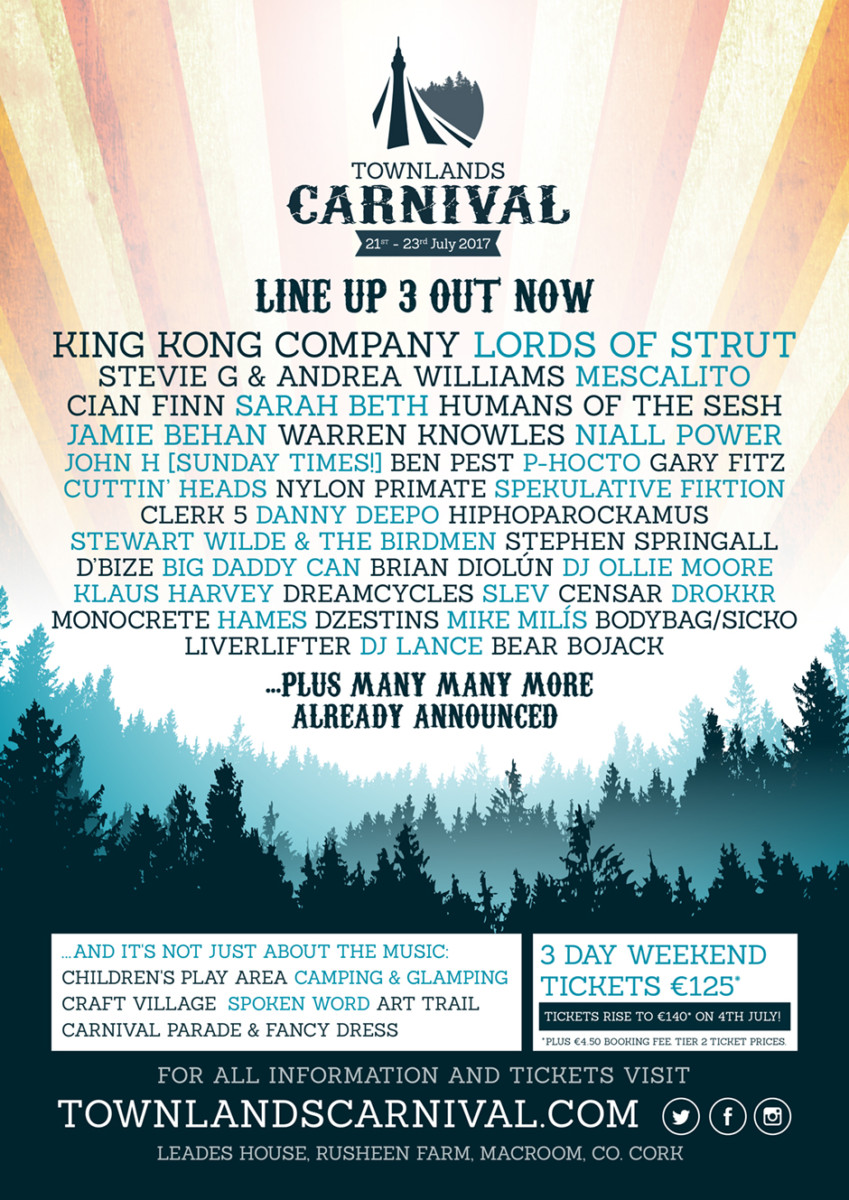 Irish festival staples King Kong Company and Corkonian masters of mayhem Lords of Strut, have been added to the line-up at this summer’s Townlands Carnival.

King Kong Company bring their stage show to the main marquee of the festival off the back of success at Glastonbury this past weekend, after a year that has seen them come in for critical praise and big billing on several Irish fests.

Meanwhile, Lords of Strut are added to a massively diverse line-up in the Village Hall, while Cork Loves Music will be providing a panel of speakers to talk music and the ever-changing industry.

Stevie G, with the Andrea Williams Dancers, is bound for this year’s Main Stage, promising live dance played out to hip hop, dancehall, jazz and RnB beats. Off the beaten path and hidden from the rabble is The Sibin, with an eclectic line-up of live music acts “from the hauntingly beautiful to the stompingly danceable”.

Elsewhere on the billing, the SubAtomic stage packs some of Ireland’s most innovative electronic producers across a wide spectrum of sounds and sub-genres, including OM Unit, Wriggle, Meadbh O’Connor, Clu, Shreiken, Jamie Behan and Warren Knowles.

A sleeper hit of the festival is the Goat Shed, where P-Hocto, Big Daddy Can, Gary Fitz and Humans of the Sesh spin sets for an interspecies audience, while Ronan Leonard’s Ringo: Music Bingo brings the laughs and musical repartee.