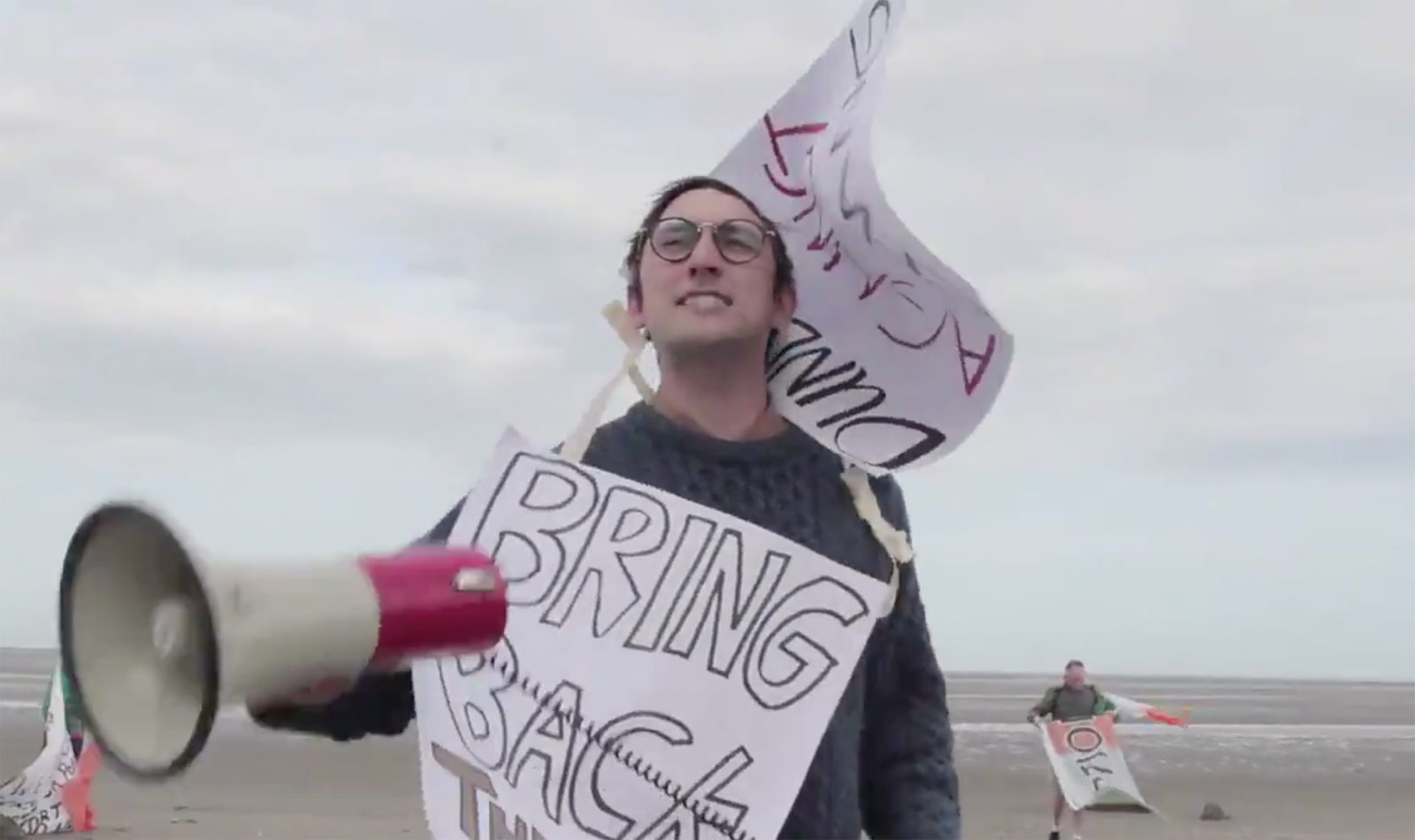 The conspiracy theorist, anti-multiculturalist and anti-vaxxer Gemma O’Doherty lead a protest on Blackrock beach in Dundalk yesterday to “take the country back” but the tiny crowd gathered on the beach didn’t account for the presence of local rapscallions TPM (also known as The Mary Wallopers) who also appeared on the same beach to put on a protest of their own.

Their small protest Dundalk Against Change focused on the widespread problem that the internet is too fast and it’s time to “Bring Back Dialup”.

“The internet is too fast,” they chanted in unison.

“We have every right to be ridiculous,” they added.

“I have flags in my house too,” said another.

Dundalk Against Change also want the old shopping centre re-opened and the punt brought back.

Watch the video below:

Racism not welcome in Dundalk, thanks to everyone who took a stand. xoxo pic.twitter.com/O1oMY1JEKs

print it out and spread the news. plaster the towns, cities and villages. bring back the punt!!! pic.twitter.com/r7dCkEdhOr

The Mary Wallopers are doing a live stream on Friday night FYI.